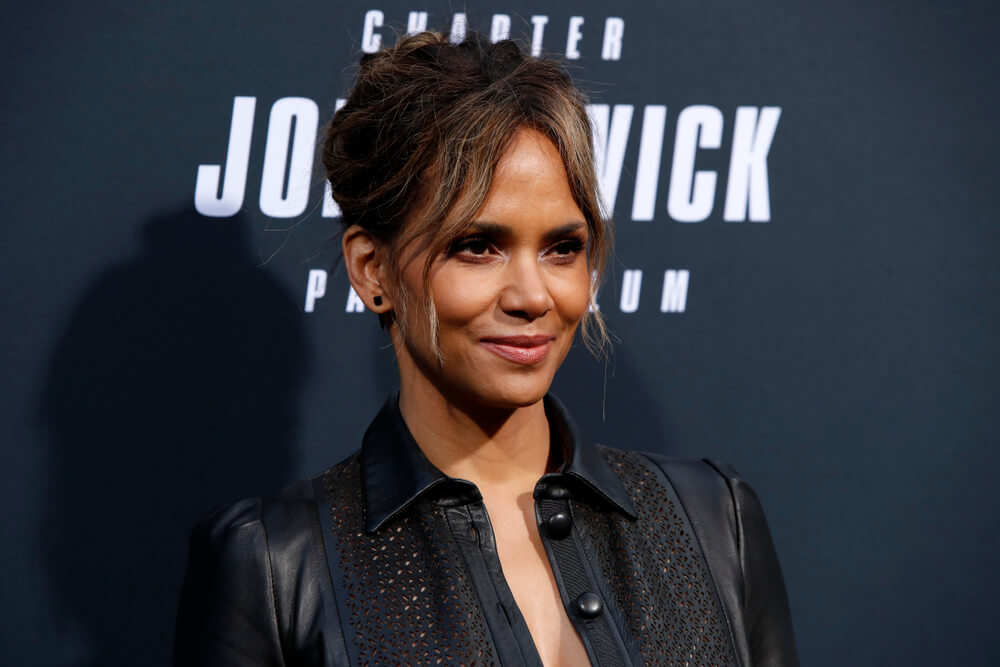 Keanu Reeves has been the main star in the first two movies of the popular John Wick franchise. He’s fought criminals from the underworld single-handedly (or with minimal help). The actor is known for doing most of his stunts himself, which resulted in quite a few injuries over the years.

However, the third movie on the series, John Wick: Chapter 3 – Parabellum, brought in another badass fighter to help John take down some criminals. Her name is Sofia, or as we know her, Halle Berry.

See, Sofia comes from the same place as John Wick (in the movies, that is), which means she has the same badass qualities as John Wick (or something close). She’s a dog assassin with a pack of attack dogs fighting alongside her.

Berry was fit enough to handle blows to her stomach, take down heavily-built men with her feet, shoot guns, fly in the air, and deliver hard punches. Undoubtedly, producing such a movie must take years of preparation.

So, how did Halle Berry train for John Wick?

Training to be a fighter demands a lot from the body. You have to go the extra mile if you want to prove to the world that you have what it takes to fight die-hard criminals. Halle Berry knows this too well, which is why the first order of business after accepting the role was to hit the gym.

Berry, 54, has worked with Peter Lee Thomas, her trainer, for a long time. The movie star tasked him to ensure she was in top shape for John Wick. According to Thomas, Berry’s sessions included two 60-90-minute sessions daily.

“We really had to increase the intensity of her training. Despite training for five years in the past, this time around, we had to crank things up. She skipped rope, shadowboxed, and adorned a sauna suit.” Thomas said.

Apparently, Halle Berry had to go through a warm-up consisting of 500-100 skips on the rope. After being sufficiently warm, the celebrity would proceed to what Thomas terms as “the animal flow.” This is a series of Brazilian martial arts known as (Capoeira) coupled with dynamic stretching.

Once done, Berry performed some sprawls, which involved her doing a push up followed by a standing position in quick succession. She also did shadow boxing and practiced deep breathing.

Thomas didn’t end Berry’s workout at that. Instead, he would ask her to do some chin-ups where the star dropped down to a pull-up while cycling her feet. Berry’s trainer praised her, saying Berry can pull off ten minute-long pull-ups without any help.

The workouts helped Berry get strong enough to sprint and climb stairs with a 65-pound sandbag in her hands (wow). Thomas put her through this to make her a true MMA fighter. The effort paid off big time. Finally, Berry ended the workout by flipping a massive boxing bag. To crank things up, the beauty placed the load on the ground rather than hanging it. It’s only easier said than done.

This was only the first round. Berry would do the entire regimen from top to bottom three to four times with minimal breaking.

If you watched John Wick: Chapter 3- Parabellum, you know that Sofia shot guns in countless scenes. What fans of the franchise don’t know is that holding a gun, let alone shooting it, doesn’t come easy for Halle Berry. As it turns out, the actress had hives during her very first gun training session.

“During my first session, I simply developed hives from using the gun. I was terribly uncomfortable taking a hold of something that powerful. I was also kinda frightened by it.”

Holding a gun for the first time can elicit the same reaction (maybe not the hives) part, but anyone can be scared to death by it. After a few attempts, Berry warmed up to it and picked up all the tricks of shooting with it.

The Hollywood beauty insists that she’s still not very comfortable around guns, but she did manage to get through training and filming. As an added benefit, the training taught her to use an actual weapon if a situation ever demanded.

“I don’t plan on owning a gun. However, I concentrated on the fact that knowing how to use one will come in handy someday. I am a mother of two, and if a stranger ever showed me a gun, I wouldn’t be at a loss on how to utilize it if I managed to take it away from them. When I consider the entire training I received from preparing for John Wick, have a better chance of getting the gun away from the stranger.”

Sofia’s dogs are attack dogs in reality. Being their handler takes plenty of training, which Halle went through to the letter. She literally became a dog trainer for her Belgian Malinois canines. The dogs were trained to attack with a brutal force on her command.

They worked alongside the talented actress in an admirable way. Training certainly took lots of time (she had to hang out with the dogs for up to three hours per day) and patience, but Berry says it was fun as well.

Halle Berry took her role in John Wick seriously, which is why she trained adequately for it. She deserves all the praise and awards that she received after the movie aired. And now, word has it, she’s taken another role that demands intense preparation as well. We’ll keep you posted.