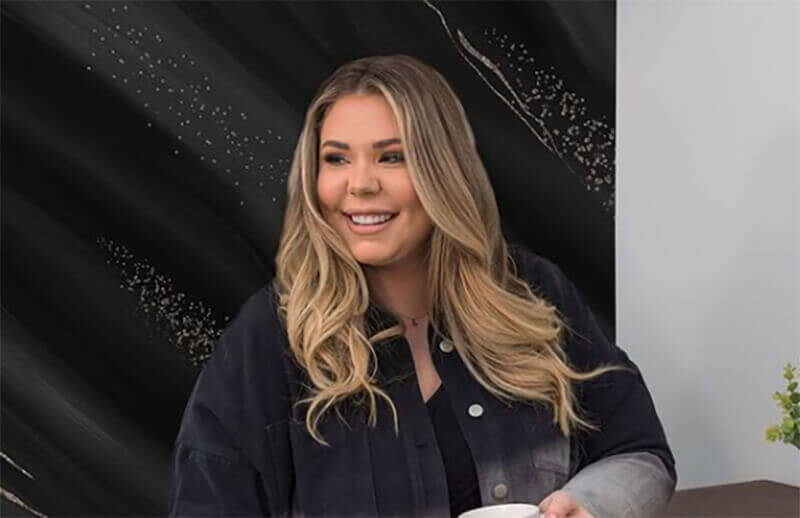 Kailyn Lowry is a mother of four, an author, a podcast host, and an entrepreneur.

She is the mother to Isaac, 9, with ex Jo Rivera and Lincoln, 6, with ex-husband Javi Marroquin. She also has a 3-year-old son with Ex Chris Lopez.

After a difficult pregnancy, the reality star welcomed her fourth child in July 2020, and this time, she is on her own to raise it.

The baby’s daddy, Chris Lopez, doesn’t seem to be involved in his 2nd child’s life.

It’s hard to imagine Kail could possibly date with all that going on. However, Chris says she’s been getting serious with a new guy recently.

Ashley’s Reality Roundup reported that Chris was convinced Kail was in a new relationship.

However, it seems that his claims are not coming out of jealousy. He says he’s happy for his children’s mother.

The drama started when Kail posted a Snap in which Lux seemed to be riding on an unidentified man’s shoulders.

A mutual follower told Chris about it.

“Looks like she has a new man from her snap there was another man holding Lux.”

It appeared that Chris was already aware of the picture.

He posted it alongside a caption telling the accuser to cool off.

“Are you referring to this?” he commented.

“I’m aware, lol, and honestly, as long as my kids are treated with respect, happy, loved, and cared [for], then it’s none of my business at this point. I just want them to be happy.”

Kail hasn’t responded publicly to the situation, but when contacted by The Ashley, one of Lowry’s managers denied the rumor.

“While it seems that this was indeed hinted at, Kail would like to make it clear that this is false,” the rep stated.

“She is not currently dating anyone, and the individual pictured is just a friend.”

Kail and Chris have gone through some pretty dark times over the course of their rocky relationship.

On her “Coffee Convos” podcast Lowry spoke, among other things, of domestic violence.

In addition, Lowry recently revealed that Lopez demanded a paternity test following the birth of their first child, an experience that she found deeply humiliating.

These days, however, it seems Kail and her Baby Daddy are getting along better.

A fan emailed Chris this week asking how he felt about Kail crying on Teen Mom 2 and Chris was surprisingly candid.

“I’ve honestly never liked it when she cried, so of course it’s not the best feeling, but I also take full responsibility for what I’ve done in the past,” Lopez replied in response.

“All I can do is learn and grow from what has happened and hope to create a better future for me and my children,” he added.

“Eventually, we will be able to co-parent peacefully, seeing as she has done it with the others.”

Ex-boyfriend Chris Lopez might not yet be the father Kail had imagined for her children, but for now, at least, it seems that he’s making baby steps in the right direction.

Learning from her recent baby daddy drama, Kailyn Lowry made it clear she would never introduce a boyfriend to her oldest sons.

On a recent episode of Baby Mama No Drama , Kail told Vee Rivera that she would like someone that would be able to help out when considering a partner.