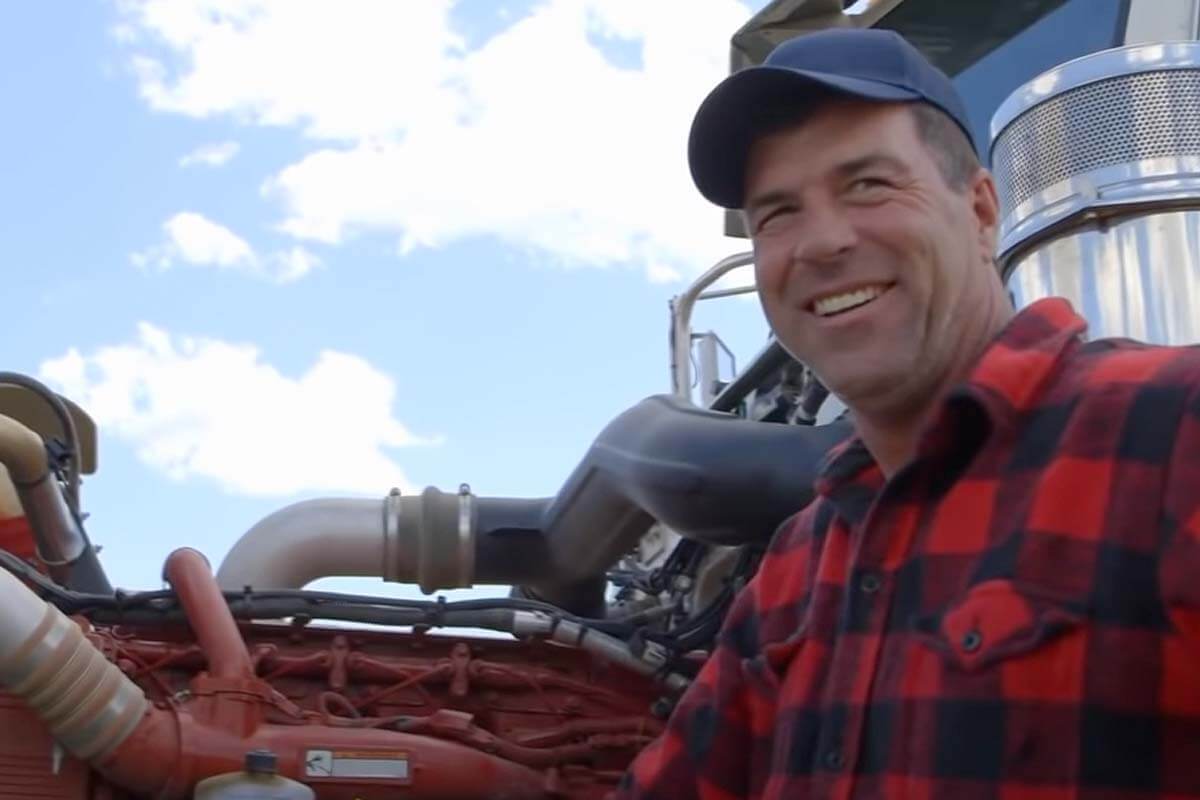 The Ice Road Truckers concluded in 2017, and it is hard not to think about what happened to the drivers after the show wrapped up.

While all the long-haul drivers on the series did a remarkable job of traversing across those icy highways and frozen lakes, some like Darrell Ward really stood out.

So, what happened to Darrell Ward on Ice Road Truckers? Where is he now, and is he still riding trucks?

We dug up some info on Darrell Ward; read on to find out more!

Ice Road Truckers was a reality tv series on History Channel that ran for 11 seasons with 138 episodes. The hit show, which aired from 2007 to 2017, was extremely popular among viewers despite some of the scenes seeming a bit far-fetched.

It showcased the lives of long-haul truck drivers making their way across the icy and dangerous Arctic terrains in Alaska and Canada. According to the New York Times, the show’s debut episode was the highest-rated for an original program at the time.

Whether the show was canceled is a matter of interpretation. The series ran for 11 years, which seems like a pretty long time, and it probably just came to an end naturally to pave the way for another show.

Like all good things, Ice Road Truckers couldn’t run indefinitely; it had to come to an end at some point.

Either way, we must admit that it was hard not to become emotionally invested in the lives of the daring truck drivers. These men and women became unlikely celebrities and heroes for doing work that few Amerian would be willing to do, let alone know exists.

New York Times reporter Virginia Heffernan aptly captured the gist of the show when she said, “Watching these guys, as tough and bedraggled, make their runs, it is difficult not to share in their fatigue, cold and horrible highway hypnosis.”

One of the drivers that stood out was Darrell Ward. Fans loved his entertaining and outgoing personality, making it easy to connect with his narrative and ordeal on the icy highway.

Ward was featured in the show’s sixth season in 2012 and stayed on until 2016, after which he stopped gracing our TV screens.

So, What Happened To Darrell Ward?

Being a popular driver on History Channel’s Ice Road Truckers, it was impossible not to notice Darrell Ward’s sudden absence from the show after the 10th season. Fans expected to see him in action in the 11th season, but he was nowhere to be found when the season finale premiered.

Unfortunately, Darrell Ward was no longer on the show because he was involved in a tragic accident and lost his life.

Ward was a native of Deer Lodge City, Montana. According to reports and a statement by a History Channel spokesperson, Darrell was involved in an accident when a plane he was piloting crashed near Rock Creek, Montana.

In an interview with People Magazine during that difficult time, the spokesperson stated that Darrell’s tragic passing saddened everyone at the Channel. He had been a core member of the History family. Darrell was 52 years at the time of his passing.

How Did Darrel Ward on Ice Road Truckers Die?

A Facebook page created for Darrell Ward’s memorial explained that the reality TV star was en route to Missoula, Montana. He was from Dallas at a meet and greet with his fans at The Great America Truck Show.

The page revealed that Darrell was set to start filming his new documentary-style show as soon as he landed in Missoula, but this was never to be. Coincidentally the show he was supposed to start filming was to showcase the recovery of plane wrecks.

As fate would have it, Ward’s single-engine Cessna 182 crashed when he was just about to land at Rock Creek Airport in Missoula, Montana. The plane crashed into the eastern lanes of interstate 90 before exploding into a ball of fire. Ward’s co-pilot was also killed in the plane crash.

The Facebook post eulogized the Ice Road Truckers star as a dedicated family man who loved his children and grandchildren. He was passionate about trucking, and when he wasn’t busy trucking across the Arctic, he would be in Montana hauling logs or helping in community activities such as a food drive or putting out forest fires.

The passing of Darrell Ward is unfortunate and is a big blow to his fans and the Ice Road Truckers fraternity. Our thoughts are with his family and friends.

At the time of writing, it has been five years since Ice Road Truckers wrapped up.

Although fans had been wondering for a long time whether the series would be renewed for season 12, it is now clear that the show will not be returning to grace our TV screens.

For now, the best option is to binge-watch reruns of the hit TV show.