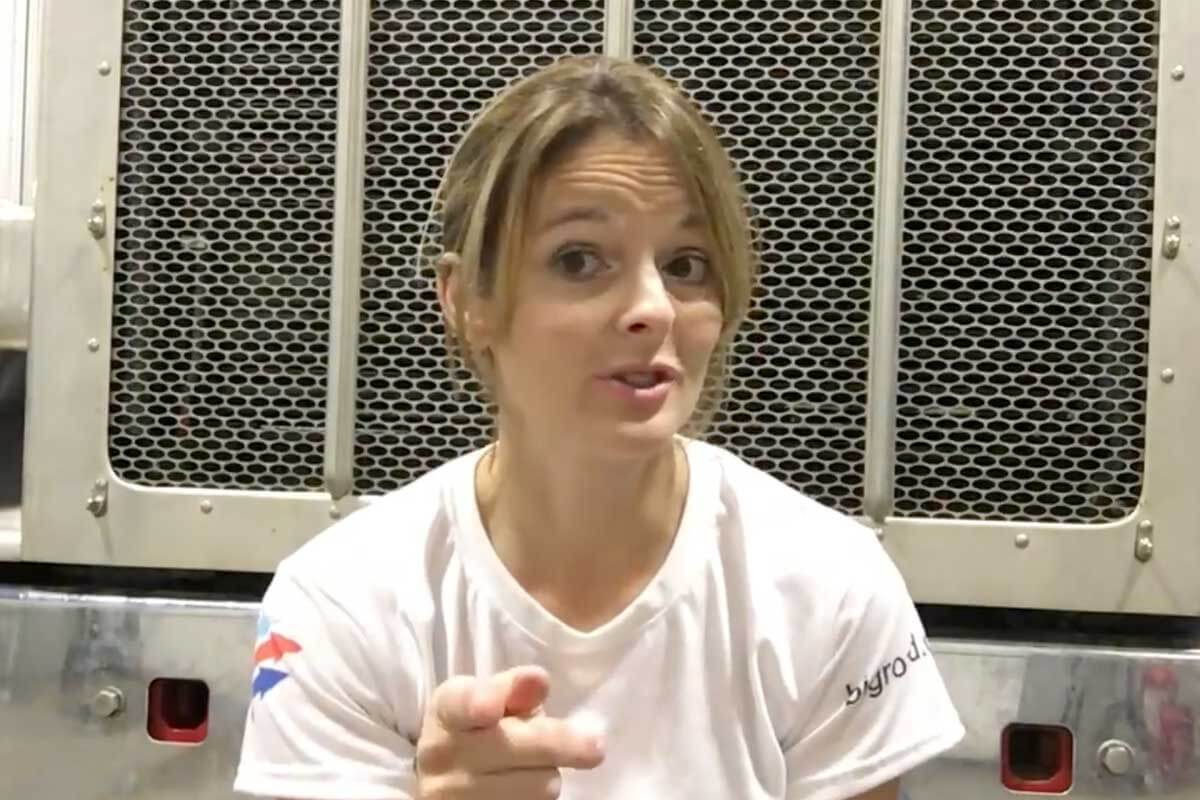 If you’re wondering what happened to Lisa Kelly on Ice Road Truckers, you’ve come to the right place. We’ll bring you up to date on everything you want to know about her.

Ice Road Truckers is streaming on DirecTVStream and Roku.

Before becoming a hardcore semi truck driver and television star, Lisa Kelly was born in 1980 in Grand Rapids, Michigan, where she lived until she was six, when her family moved to a small Sterling, Alaska farm.

She returned to Grand Rapids to attend Cornerstone University but only stayed enrolled for one semester, saying the college experience wasn’t right for her.

She then worked a variety of jobs, including as a school bus driver and gas station attendant. During that time, she became Michigan’s freestyle motocross champion.

Lisa Kelly started her on-again/off-again stint on the History Channel’s Ice Road Truckers during Season 3 of the show in 2009.

She remained on the show for two more seasons (Seasons 4-5) as well as the series’ spin-off Ice Road Truckers: Deadliest Roads, filmed in the Himalayas.

Following this experience, she decided to ride with a co-pilot in the form of a puppy she named Rampur Jackson; though her Indian assistant Tashi did most of the dog-tending duties.

Until Season 5, Lisa Kelly was the only woman trucker in the series; that season, Maya Sieber joined the show and five seasons later, in Season 10, Stephanie “Steph” Custance came on board.

Neither Kelly nor anyone involved with the show commented on why she left for IRT Season 6 but her photo and bio was removed from the show’s web page during that time.

Some news outlets suggested that being constantly on-camera and under the public eye with all the coverage of both her work and home life took its toll on Lisa mentally and emotionally.

This first absence marked her most notable one from the show, but the break was reported to have given Kelly the rest and rejuvenation she needed to return to the program, which she did for Season 7. She appeared periodically thereafter all the way up through Season 11.

In Season 9 of the show, Kelly worked for the new company of one of her fellow ice truckers and IRT stars Darrell Ward, who later died at age 52 in a 2016 plane crash; he was the pilot.

When IRT ended its run in 2017, most of the stars had disappeared into the celebrity wilderness, Lisa Kelly included. By that time, Kelly had appeared in 84 episodes of the show.

In a May 2021 interview with Overdrive, Kelly said she currently works for a different logistics supplier than the one she worked for during her time on IRT. Her route is still similar, though, heading north from Kenai, Alaska, to Prudhoe Bay, a trek of some 1,500 miles that takes about 32 hours one way with no hiccups.

In their January 2022 story on Lisa Kelly, HotCars reported on her concerns about the lingering snow and longer winters of late, sometimes lasting into April. While she expressed concern for the toll this could take on her work, she also projected optimism about area road improvement efforts.

Now, there’s paving and tarmacs on previously bare and exposed sections, making driving conditions there slightly less perilous. In the spring, however, as Kelly describes it, those “improved” roads can get a little bumpy to drive on.

What Truck Does Lisa Kelly Drive?

Kelly’s current ride is a Freightliner Coronado truck she’s renamed the 122SD, with “SD” standing for “Severe Duty” in reference to dangerous driving conditions such as ice roads.

The model normally has the same engine as its predecessor, the Cascadia, with options for up to 600-horsepower and 2,050-lb-ft of torque — though no one knows if that’s the engine she currently has in her vehicle.

The Coronado has less bodywork than the Cascadia, however, making it scrape less on rough terrain. During her IRT days, Kelly drove a variety of different trucks, though she was frequently shown driving Kenworths.

Will Lisa Kelly Come Back to Ice Road Truckers?

Kelly has told the press she isn’t against returning to the screen and even considers IRT on hiatus rather than canceled. The pandemic, however, may have made IRT’s intended temporary break from the airwaves more permanent.

Yes. Lisa was born on December 8, 1980, which makes her 41 at the time of this writing. When Kelly isn’t driving ice trucks, she spends her free time riding motorcycles, motocross, horses, hang gliders and snowboards.

In addition to driving ice trucks in Alaska, Lisa Kelly has also driven trucks in India, Bolivia and Peru.

In addition to being featured on the cover of Overdrive, Kelly has also appeared in several glamor photoshoots. She now lives with her husband Traves Kelly, a dirt-bike rider and full Aleut Native Alaskan, in Wasilla, Alaska. She also owns a miniature horse named Rocky and has a cat, Tanzi.

How Much Does Lisa Kelly Make?