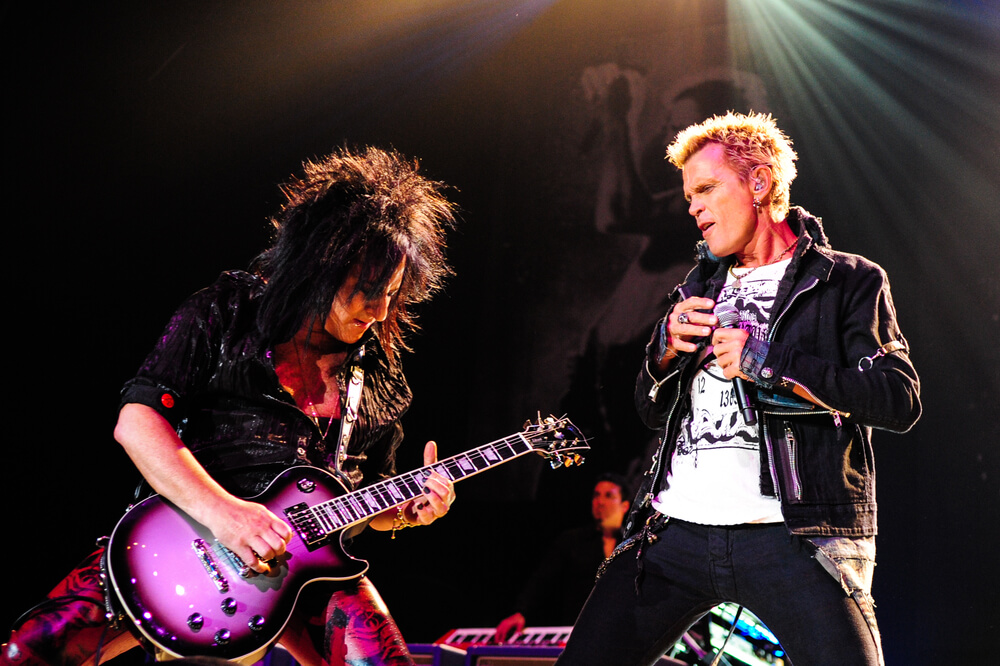 The cyberpunk pioneer and Generation X member remains one of the most highly respected English rock stars to date. First of all, Billy Idol is a Brit and the girls just adore his accent. Secondly, being a freaking rock star, he has loads of girls to choose from. Inevitably, with a rock n’ roll lifestyle, drugs, and sex also comes STDs.

The idol has one of the worst STDs, herpes. However, one thing about Billy is that he is actually rather open to the fact that he is living with the virus. Billy Idol has even discussed it openly with the media.

Apparently, the hotel heiress failed to pay off the storage locker and her belongings had to be auctioned off. It was from the contents of the storage unit that a prescription bottle popped out with the drug Valtrex on it.

Well, Valtrex is a herpes medication, but how on earth could such a wealthy heiress fail to pay off such a minor expense? Perhaps Paris Hilton just didn’t want to foot that bill but it let out a secret, a record/prescription bearing her name for a drug used in treating genital herpes outbreaks.

This bad boy of R&B is the lusty dream of endless girls across the globe. Trey is constantly seen shirtless on the screen. In a radio interview in Connecticut, the rapper openly admitted to having contracted Crabs during his teen years when he was around 16 or 17 from an unknown female.

Crabs is really not a disease, but a sexual infestation, which only goes to make things worse. Thankfully, it can be treated easily, and need not be a recurring problem if handled well.

This is certainly a major disappointment to many. The stunning star supposedly got herpes from an ex-boyfriend, Derek Jeter. One of her former assistants reportedly had to regularly get her Valtrex prescription refilled for her.

Jessica Alba is definitely charismatic, lovely and drawing, but she is a huge discouragement to many of us. She is still beautiful but the virus is not.

The Terminator 3 (Rise of the Machines) actress, Kristanna Loken, certainly wishes Arnold Schwarzenegger could terminate what she supposedly has, the herpes virus. In 2008, Kristanna married Noah Danby, her co-star, and it’s reported that at that time, she didn’t have the STD.

The following year, she got divorced and even told the press that she was actually dating a woman. She stated that though she has had sexual relationships with both women and men, it’s with women that she feels more sexually and emotionally fulfilled.

This guy, just like his name, is so cool. Magic Johnson has managed to make HIV look like any common ailment. After making his HIV infection known to the world in November of 1991, the basketball superstar created the Magic Johnson Foundation that helps in combating HIV as well as other diseases.

Johnson acknowledges that he contracted the virus during his basketball days as he had multiple sexual partners. Magic Johnson is now a leading face in the battle against HIV/AIDS.

Although there are many celebrities battling illnesses like cancer, few have opted to talk about some medical conditions considered embarrassing. However, some of them are actively helping in combating such diseases, putting their fame to a good cause.