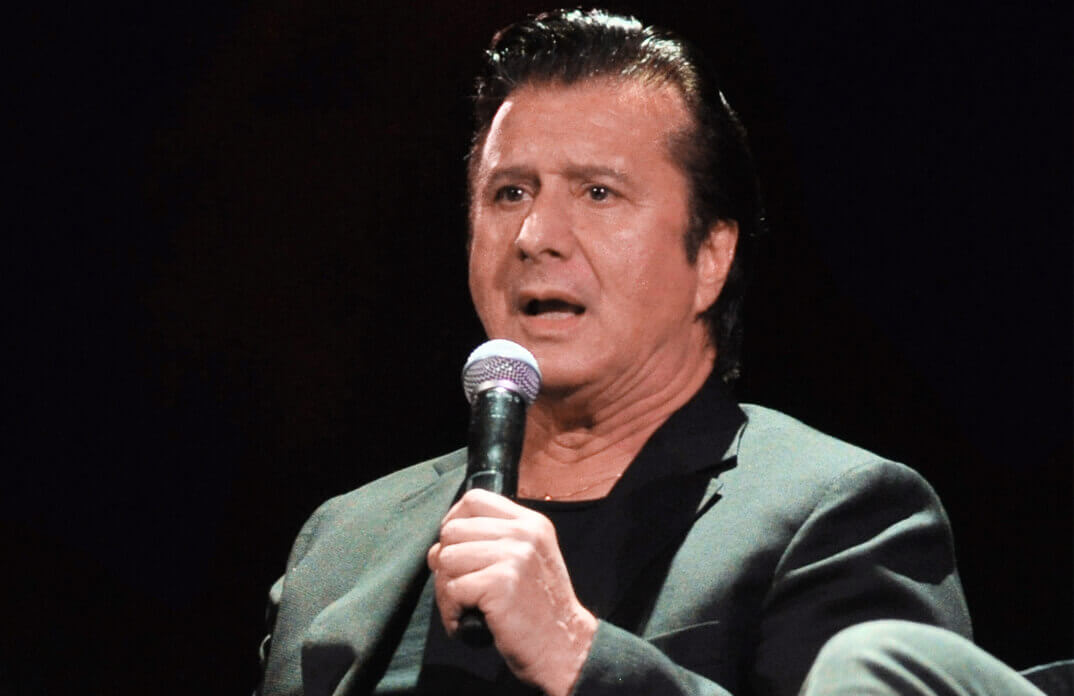 Musicians leave their bands more often than we realize for various reasons – whether it may be to take on careers as solo artists, creative differences, or perhaps because their personal lives do not allow them to take up music and to tour anymore.

No matter the reason, their departures are usually shocking, forever changing the dynamics of the bands we come to love.

Steve Perry’s decision to leave the American Rock band Journey came as somewhat a surprise to fans. Perry became famous as the band’s vocalist, as Perry and Journey seeped their way into fan’s hearts with their soaring arena rock hits.

Unfortunately, in 1987 Perry decided to cut ties with Journey. We delve into why he cut ties with the band that brought him unheard of stardom.

Why did Steve Perry leave Journey?

Like so many bands before it, Journey has seen a fair share of ups and downs and changes in its period of existence, moving from average American rock band to stadium fillers.

The arrival of vocalist Steve Perry in 1977 contributed to the San Francisco band’s success. In his ten years with Journey, the band achieved chart success with immortality hits like Who’s Crying Now, Open Arms, Wheel in the Sky, and Don’t Stop Believin.

According to Yard Barker, as the group toiled away on 1986’s Raised on Radio, Perry was preoccupied with caring for his dying mother while working on the record. After a tour scheduled to promote the Raised on Radio, he called it quits from the band.

“The reason I left is because I was just truly burned out,” he said. “My love for music was getting really, really questionable within my heart, and I kind of had to stop. There was no easy way to stop, leaving the mothership that I had so loved and worked so hard with the guys to build. It was tough.”

He pursued a solo career, releasing a greatest hits compilation album, followed by several solo tracks, but never reached the kind of commercial success that he did with the band Journey.

Due to underwhelming success in his solo career, Perry reunited with Journey bandmates Jonathan Cain, Ross Valory, and Steve Smith, and the group released 1996’s Trial by Fire album. The group decided to go on tour to promote the album release; however, as per Distractify, plans were changed when Steve discovered he had a degenerative bone condition following a hiking accident and that he required hip replacement surgery. Bandmates persuaded Steve to undergo hip surgery due to his hip condition, but he wanted to seek other kinds of treatment.

In an interview with Rolling Stone in 2018, Steve Perry said, “They wanted me to make a decision on the surgery, but I didn’t feel it was a group decision. Then I was told on the phone that they needed to know when I was gonna do it ’cause they had checked out some new singers.”

Despite asking bandmates to give their decision a second thought, they did not, “I said to them, ‘Do what you need to do, but don’t call it Journey,'” he said, adding, “If you fracture the stone, I don’t know how I could come back to it.”

As per Newstatesman, keyboard player Jonathan Cain’s girlfriend suggested they replaced Perry with a man she knew from another group named Steve Augeri who could hit notes just like the Journey rock star.

Neal Schon tracked him down, and Steve Augeri was named the new Steve Perry “with a perm.”

Journey never quite reached the level of success they previously had as they continued to switch lead singers and replace bandmates.

What happened to Steve Perry after Journey?

Since briefly leaving Journey in 1987, making a comeback, and officially leaving the group in 1996, Perry has been quiet in the music industry. For over 20 years, Steve Perry released no music, made sporadic stage appearances, and occasionally agreed to do interviews.

In the years absent from music, he wasn’t just invisible. He rarely listened to music. According to Rolling Stone Magazine, he stopped listening to Journeys music and further explained in an interview with USA Today that listening to music only brought back bad memories.

“The only kind of music I could listen to (in the years that followed) was ambient music because I didn’t want to hear voices or guitars or drums or songwriting. It would just remind me of too much.”

While away from the public scene, Perry resided in a quiet dwelling in his hometown of Hanford, California, and spent most of his time roaming around the old country roads in his Harley Davidson.

Although he had no intentions of releasing music, the eighties star revealed that he’d also spend time writing songs, creating compositions, and storing them in a hard drive.

His perspective changed after meeting his girlfriend Kellie Nash, who battled breast cancer during their one-and-a-half-year relationship, and unfortunately lost her battle in 2012. Her death signified a new reason for Steve to return to music.

Keeping his promise to his late girlfriend to not return to isolation should anything happen to her, Perry began recording the album two years after her death with co-producer Thom Flowers.

Perry told USA Today that he intended to continue to record music as a solo artist. However, there have been no talks about new music neither touring with Journey, which singer Arnel Pineda has suggested since 2007.

Steve Perry was born to Portuguese parents in California.

His parents divorced when he was just eight years old, and he moved to his grandparent’s dairy farm with his mom.

At ten years old, he discovered his music career path after listening to Sam Cooke on the radio during a car trip with his mother.

Perry attended High School in Lemoore, California, where he was a drummer for the school’s marching band. He attended college for a while and even performed in the choir – but it would not be long before he decided college was not for him and that he wanted to follow his musical dreams.

Hoping to break into the industry, he moved to Los Angelos. He worked several jobs including, serving as an engineer at a recording studio and singing on commercials. Despite working full-time jobs, he still made time for performing on stage. Perry made appearances on stage with several bands as vocalist and drummer. In 1977, Perry finally caught his break when he joined Journey as a vocalist. Perry experienced great times with the group, as well as several somber experiences.

Despite an inconsistent career, the American singer has cemented himself in the world of classic rock music and remains referred to by some as the greatest rock musician to date.