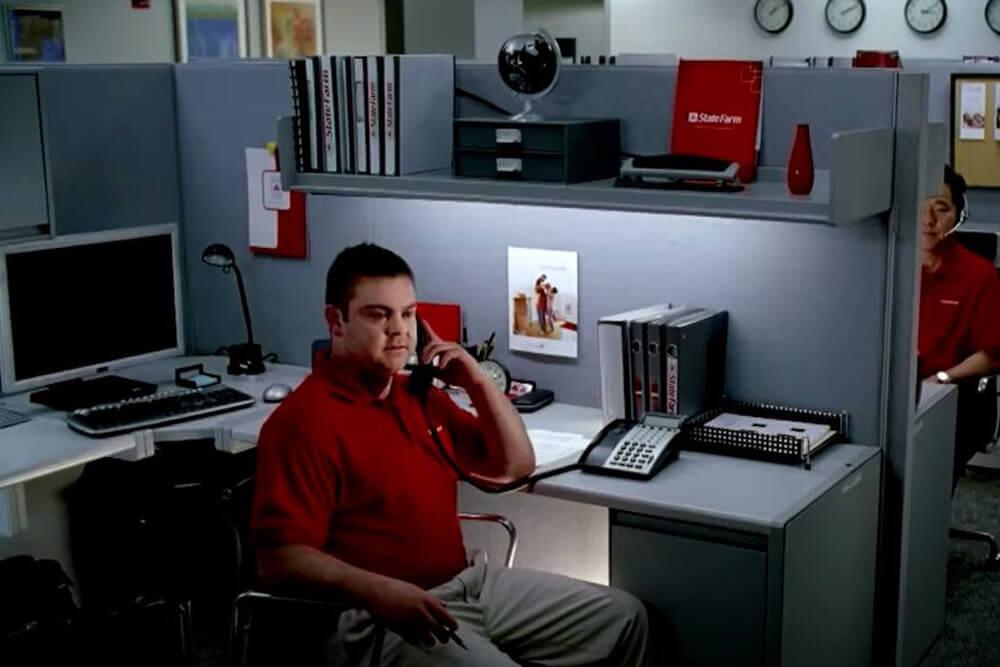 Every brand is always looking for that one commercial that can leave its mark on pop culture and the consumer’s mind.

Global corporations like Pepsi and Nike rely heavily on celebrities to market their brands.

Smaller companies try their luck by being innovative with their ideas, and sometimes it’s the simple things that get viewers’ attention.

State Farm Insurance struck gold with their “Jake From State Farm” commercial in 2011. The audience first saw the ad during the 2011 Super Bowl.

What made Jake from State Farm unique?

Often, insurance companies make commercials that are quite forgettable. The intention is to sell house appliances or insurance products with a traditional approach.

In contrast, there are products where marketing teams get to be as experimental as possible. Think soft drinks, makeup, or cell phones.

For years, no one tried to change how insurance commercials were made until the clever marketing people at State Farm added a funny twist. Needless to say, it blew up!

In the beginning, the ad was enjoyed by everyone who watched it on T.V. Then, as the meme culture grew, fans started using “Jake From State Farm” as an expression.

In the first advertisement, Jake was a simple insurance agent. In the 2020 Super Bowl commercial, Jake was in the company of big personalities like Paul Rudd, Drake, and Aaron Rodgers.

It even got its very own spoof on Saturday Night Live.

Over the years, the insurance giant’s advertisement has grown a fanbase of its own which is why fans were shocked to see someone else replacing the iconic Jake!

The best thing about the original actor was that he wasn’t an actor. He was an actual employee of State Farm who once answered a casting agent’s call and got this life-changing gig. After doing the commercial, he became a national celebrity.

After nine years, he got replaced with a professional actor. Jake 2.0 is actually an actor/model named Kevin Miles, aka Kevin Mimms.

He is a perfect showbiz story. Before getting this job, Miles was going through a difficult time. His career wasn’t going anywhere, and he barely had any money.

Now, he is being recognized by fans, working alongside celebrities, and getting interviewed for major publications like Variety.

According to the poll conducted by the marketing research team, his star power is on par with some of the biggest celebrities in the country.

Studies from the Celebrity DBI database tell that he is well-known and liked by around 80% of the people who know his character. His mass appeal is on par with celebrities like David Schwimmer and Leslie Jones.

Miles is not at all intimidated by his newfound stardom. He is enjoying the attention he is getting. Before landing the role that gave him stardom, he appeared in commercials for Hyundai and Slim Ji.

As an actor, Miles’s credentials are small parts in well-known shows like Criminal Minds and SWAT.

Why did they replace Jake from State Farm?

In an interview, State Farm’s Assistant Vice President of Marketing, Patty Morris, said that the decision to replace Jake was well-thought-out.

She praised Jake Stone for delivering his lines in a way that resonated with the audience. Despite getting popularity, his limitations as an actor were too much to be ignored by the company.

When the insurance company decided to shake things up for the 2020 ad campaign, they needed a Jake who could participate more actively.

Morris explained why the new Jake is better than the old Jake.

“Consumers will see Jake in culturally relevant moments, being his usual helpful self… tapping into things that are contextually relevant with our audiences.”

Where is the “insurance provider” Jake Stone now?

Many people seem to like Kevin’s Jake, which has more of a personality, but still few miss the charm of the old regular Jake. After all, he played the original character.

He essentially just said the two lines, but still, people know him better than they know most B-Listers.

Patti Morris also said that Jake was no longer an employee of the insurance company, which is why it made sense to let him go. When the curious reporters asked Jake about this, he had no hard feelings for his previous employer.

He even agreed to appear alongside Kevin in his debut commercial for State Farm. The fans only saw a glimpse of him in that ad, but that was enough to make them smile.

When he landed the job, Stone was 26 years old and worked two jobs to make ends meet. He was a full-time insurance agent and a part-time bartender. Today, Jake works as a seasonal employee in a small town and still pours drinks for people in the evening.

The former pop icon is quite content with his new life and doesn’t feel sad about not being Jake anymore.

The company wanted to take their marketing in a new direction, which wouldn’t have been possible with the old Jake. They are trying to be more woke about systemic racism, which is why they cast a black actor to play a formally white character.