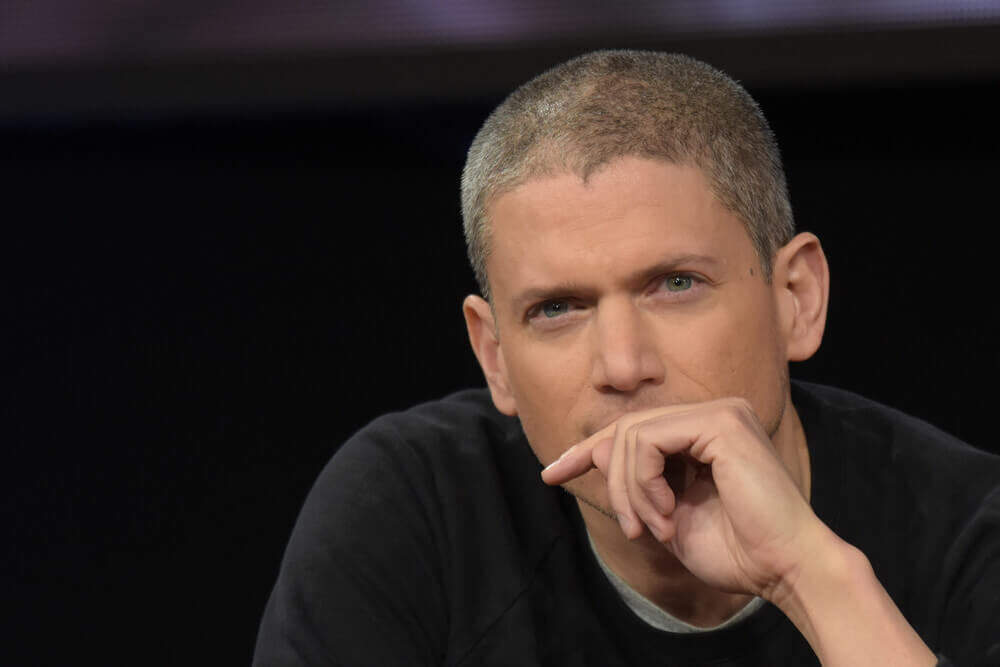 Wentworth Miller keeps coming back every time better than before. After his role as the handsome and smart inmate on Prison Break, fans were almost sure he wouldn’t have any other part as unique anymore.

However, he proved everyone wrong when he bounced back on Greg Berlanti’s Arrow-verse shows Legends of Tomorrow and The Flash. This time around, he is not an inmate but rather Leonard Snart or simply Captain Cold on both shows.

Miller first started acting as Captain Cold in The Flash in 2014 before becoming a series regular on Legends of Tomorrow. His character is a professional thief and leader of a group of thieves known as The Rogues.

He is a sneering villain that manages to strike a balance between menace and bombast. Cold and his partner, Heat Wave (his Prison Break brother Dominic Purcell), came on the show in season one, where they instantly became beloved characters. It was like a Prison Break reunion of sorts but one with a different plot and twist.

Although Miller is a regular on season one of the Legends, his character Cold is killed off at the end of the season. He sacrifices his life to save his beloved team, and that’s how he meets his death. This came as a shock to his fans, considering that he was a significant part of the superhero show. But then again, Legends of Tomorrow is famous for dropping lead stars.

If you’ve been following the show for a while, you know the original cast is pretty much gone. Actors like Courtney Ford (Nora Darhk) and Brandon Routh (Ray Palmer) are some of the recent invaluable members who’ve left the superhero show.

How Did Wentworth Miller’s Exit the Superhero Show?

“Now shooting some of my last episodes as Leonard Snart/Captain Cold on CW’s Legends of Tomorrow and The Flash. I am extremely grateful – in advance and now to a team of talented actors/actresses and hardworking crews. Thank you very much. I have had a tremendous time playing Captain Cold… It’s been a golden opportunity, a learning experience, and a f-cking blast.”

Before that, Cold had been a recurring character on the second season before becoming a guest star on the third one. The Arrow-verse is all about time travel, which means death is not really an eventuality.

It was a little after that the Miller made the announcement saying that he was leaving the Arrow-verse. This came after the actor signed an overall contract in 2016 that gave him the freedom to jump from one show to another within the Arrow-verse franchise. This contract is similar to what John Barrowman and Katie Cassidy signed.

The Legend producers approached Miller with the idea of signing the overall deal as they knew he wasn’t permanent on any of the shows. This is because he had sought to sign a temporary contract rather than a permanent one like other castmates. These are some of the remarks Greg Berlanti made during one of the interviews:

“Deep down, we knew Miller was temporary on the Waverider. We also knew we adored him on Legends of Tomorrow and Flash as well.”

Berlanti went on to say that the team pitched Miller with the deal as Snart to emulate the comic books complete with the cast of characters. This specific kind of contract is uncommon. It was actually the first of its kind on the show. The producing team hoped to do more of such with other characters going forward.

What Led To Wentworth Miller’s Exit?

Miller didn’t explain why he exited the Arrow-verse franchise. However, reports claim that he may have had other career plans in mind. Since he departed from the show, Miller has appeared in some episodes of Madame Secretary and Law & Order: Special Victims Unit.

Despite leaving the superhero shows, Miller has also made a few appearances on the Flash’s last episode of season 4. He has also reprised Captain Cold’s role several times. Miller might have closed the Arrow-verse chapter from his books, but there’s a high likelihood that he will make a comeback someday in the future.

Besides his TV career, the talented TV star is also a committed LGBTQ activist, having come out as a member himself. He struggled with depression before coming out during his teenage years, according to one of his 2016 Facebook posts. He claims that the battle to be true to himself cost him opportunities, time, sleepless nights, and relationships.

Wentworth Miller is a truly cherished TV actor name in Hollywood. It seems like everything he touches turns into gold. His departure from Legends of Tomorrow and Flash sure hurt many, but he is still acting.

We can’t wait to see where he is going to pop up next on our screens!