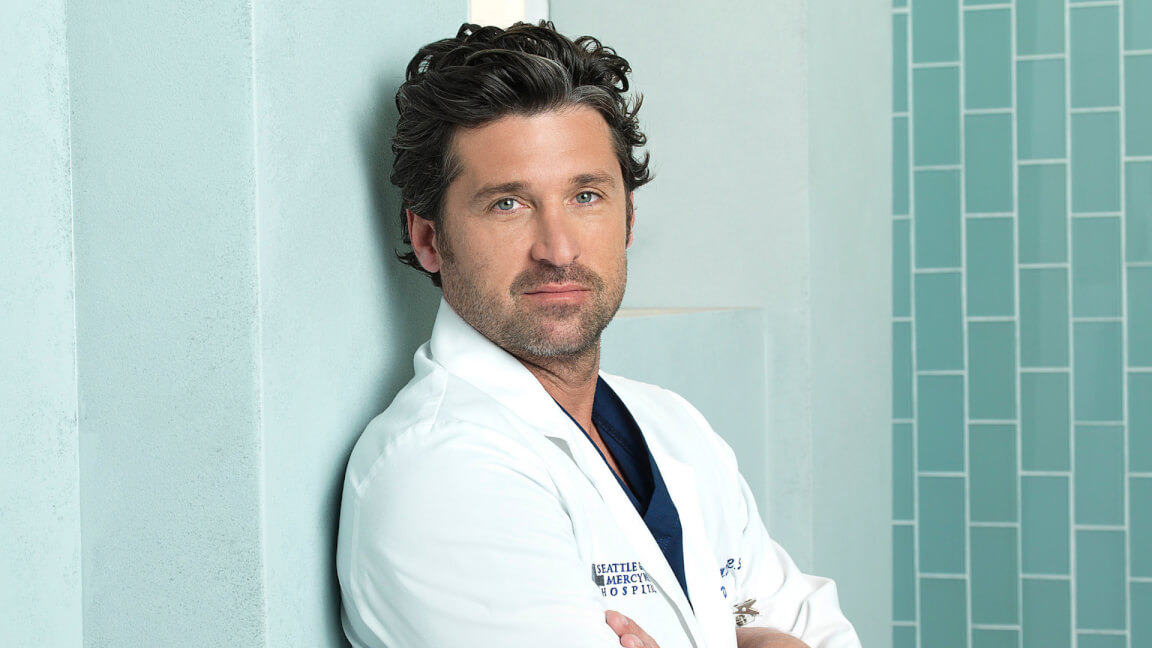 Whether you love TV shows or not, you must have heard a thing or two about Grey’s Anatomy. The medical drama is unique, edgy, eventful, and so delightful. The show has been running since 2005 and just wrapped up season 17 before the pandemic hit. Unsurprisingly, a lot has happened over the years. Characters we loved have left the show, some tragically and others subtly.

While we’ve managed to get by without some of the characters, including April Kepner, Christina Yang, and Izzie Stephens, it’s still hard to come to terms with the departure of Derek Shepherd, aka McDreamy (Patrick Dempsey). For one, he was a fantastic surgeon who revolutionized on-screen brain surgery in more ways than one. Through him, Shonda Rhimes made us understand and appreciate the skill of operating on the brain.

Then there was the romance Derek shared with the main cast: Meredith Gray (Ellen Pompeo). These two were some of the cutest TV couples ever. They worked alongside each other, shared a deeply romantic story, got married, fought a lot, and even had babies together. With every season, their love deepened further. Sadly, McDreamy had to exit the show for good at the final episode of season 11. His departure was tragic and heartbreaking.

In the final episode of season 11, Derek Shepherd got into a tragic motor accident that claimed his life. After saving some teenagers involved in an accident, a semi-truck hit McDreamy’s car as he managed to get away from the spot. He managed to get to a nearby hospital, but his doctors made a lousy call, which caused his death. Unlike other exits we saw coming, Patrick Dempsey’s was unexpected.

For a long time, fans couldn’t come to terms with it, pleading for McDreamy to be brought back.

But the way Derek died in the show left no room for flashbacks to make sense (there has been only one or two of those so far).

As it turns out, Patrick Dempsey opted to leave the show on his terms. There was no drama about it. The handsome actor just decided to move on from acting on Grey’s Anatomy. He told People, “It has been quite a long time. It was about time to close that chapter and proceed to other interests and projects.” I should have made the exit a long time ago.” Dempsey went on to reveal that working for Grey’s Anatomy was time-consuming than he’d ever hoped. “It pulled me away from my family. Despite being financially rewarding, I was missing out on important stuff like spending time with my wife and kids. After a while, regardless of how fat your paycheck is, you want to be more in charge of your schedule “

It turns out both Patrick and his wife Jillian had demanding careers at the time.

Jillian was super busy doing make-up for celebrities. The two had to go to work and still make time for their kids, which proved to be more challenging than ever—a factor that contributed to Patrick’s unexpected exit.

Why was Derek killed off?

Shonda Rhimes, the thrilling medical drama writer, initially didn’t have much to say concerning why Patrick had to leave Grey’s Anatomy.

However, during the Television Critics Association tour in 2015, the talented producer came out of the shadows and spoke about her decision to kill him off the way she did. When Derek approached her with the news that he wanted out, she took some time to plan his exit in a way that was befitting the character.

“There was the option of letting him leave to a different town leaving his wife high and dry. That would have brought negative energy on the show as it would have meant that the 11-year bond between Meredith and McDreamy was all a lie. That was utterly untenable for me.” Rhimes went on to say that killing Derek through a road accident kept the integrity and honesty of Derek and Grey. To her, the thought of writing a storyline where Derek left his wife and their two kids was just absurd.

Ellen Pompeo, who played Derek’s wife Meredith, told E! in 2015 that her on-screen husband got the “death he deserved.” “If he was still alive, fans would keep insisting that he comes back.” She said.

Patrick Dempsey might have been the star of Grey’s Anatomy but like always, all good things must come to an end. Granted, his departure was hard on the fans and perhaps his co-stars, but he seems to be doing okay now, with plenty of time for family and other projects.