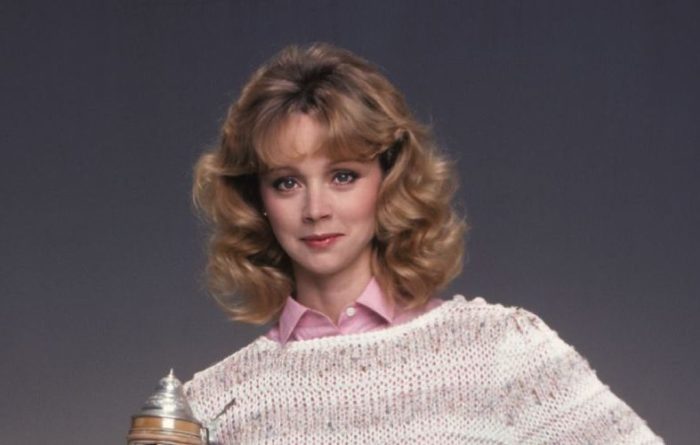 Witty, confident, yet snobbish, Diane Chambers was one of the characters with whom fans of the hit TV show Cheers had a love-hate relationship. Her chutzpah was admirable just not her snootiness. Shelly Long did a fantastic job of bringing out the best and worst of Diane’s character and her on-off romance with Sam Malone felt like the show’s highlight. Needless to say, fans were stunned when Diane exited the show on her wedding day! So, just why did Shelley Long leave Cheers?

Toasting To Cheers: The Best TV Show Of All Time?

Premiering on September 30, 1982, featuring a group of everyday people who gather for chitchat after work at a downtown Boston pub, Cheers set the stage for other sitcoms to come. Although it had a slow start in its first season, it quickly became a much-loved TV show, boasting one of the most-watched series finales of all time.

Despite its success, the show had its share of dramatic hiccups, the most memorable one being Diane Chambers and Sam Malone calling off their wedding on D-day and Diane never returning to the show until the series finale.

In the fifth-season finale dubbed “I Do, Adieu” bartender Sam and his love interest Diane go back and forth about whether to go on with their planned wedding. Eventually, they decide to host the wedding at the bar until a phone call from her publishers announces that they’d likely publish her unfinished novel after she completes writing it.

Although she is adamant about getting on with the wedding ceremony, Sam encourages Diane to put her career first. She promises her lover that she’d be back in six months but Sam knows this is it and bids her goodbye with an eerie ‘have a good life.’ With that, Shelly Long, who plays Diane Chambers, leaves the show for good.

Why Did Shelley Long Quit Cheers?

On the show, Diane leaves Boston for Los Angeles to pursue her writing career. In reality, Shelley Long dropped the bombshell on her producers and the rest of the cast that she would not be renewing her contract for a sixth season. Turns out that a series of misunderstandings that had lasted throughout the five years she was on the show prompted Long to finally say adieu.

Rumor has it that Long often clashed with the rest of the cast, including her co-star Ted Danson, who plays the handsome Sam Malone. Shelley admitted that Diane was a pain in the butt and that her co-workers on Cheers confused her with the character she was playing. Rumor has it that indeed, just like Diane’s snooty character, Long came off as being stand-offish, much to the chagrin of her costars.

Danson felt that Long wasn’t pulling her weight during filming and that she was being such a diva. One area of contention was how long it took Shelley to get dressed up and ready for filming. It is claimed that she would keep everyone waiting for her all the time. According to the star, being a bartender who was required to wear frilly clothes for her role, of course, she would need more time to get ready, compared to the men on the show, Danson included.

Long further claims that she suggested that she be left out of the teasers that air before the show’s opening credits. This would give her enough time to get ready for the actual filming but the rest of the crew saw this as her trying to skip work.

There’s no doubt that Shelley played a pivotal role in the sitcom. As it turns out, she knew this and took it upon herself to offer numerous last-minute suggestions to improve her performance. Looks like this behavior didn’t sit well with her coworkers who must have felt that Long was being unnecessarily snobbish.

Going with what she told interviewers, it’s safe to assume that Shelley was not playing the nit-picking, intellectually-superior, stuck-up Diana Chambers. She was actually Diane Chambers in real life and this must have pissed off her coworkers to no end.

Other than these on-set issues, Long says that she left the popular sitcom to care for her then-toddler daughter and to focus on her movie career. Well, her film career didn’t garner her as much success as Cheers did but sometimes, a girl’s got to do what a girl’s got to do, aye?