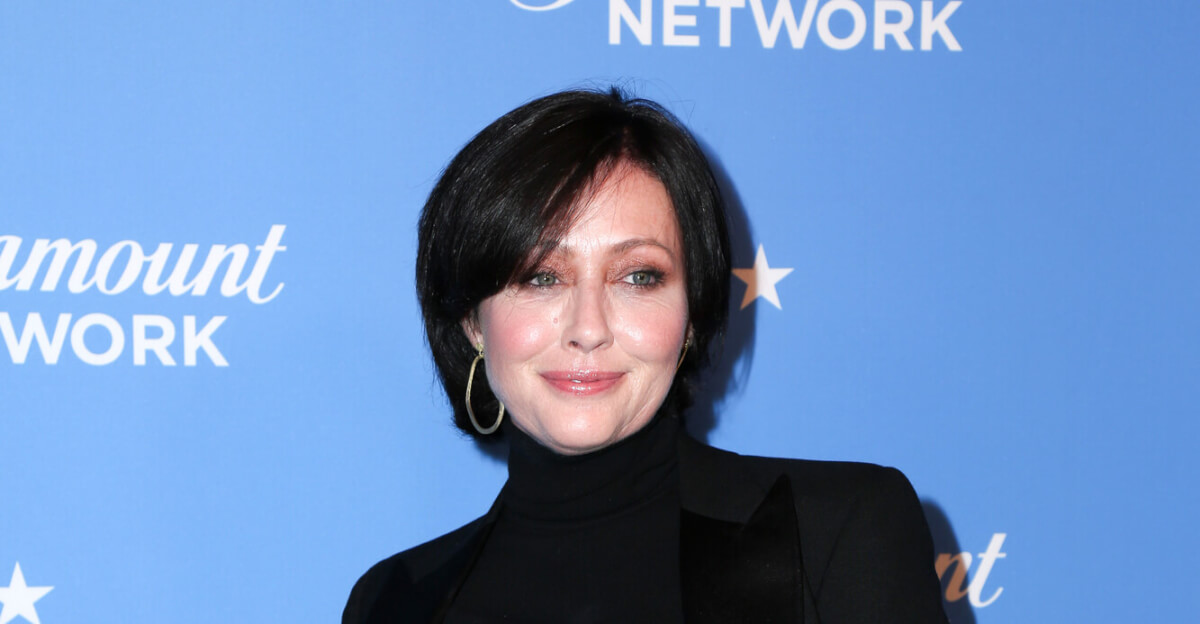 Some people are just born lucky. From starring in one lead role to another, Shannen Doherty is certainly one of them.

It all started when she appeared in several shows as a child, with the notable one being Little House on the Prairie. Her work on the military show Airwolf also elevated her career in more ways than one.

However, what did it for her is landing a significant role in Heathers as one of the titular teens. That plunged her to massive fame and got her a lead role in Aaron Spelling’s Beverly Hills, 90210, and later, the acclaimed supernatural sister drama Charmed (again one of Spelling’s work).

Whether it is being the wise old sister in the Charmed series or playing a nice Minnesota girl with a noticeable fashion sense in 90210, Shannen is truly a brilliant actress. She gets into character with such ease that she leaves her fans amazed at her prowess.

In 90210, Brenda Walsh (Shannen’s character) possesses some great qualities that make her charming and fun to watch. Her underrated chemistry with Dylan had us glued to the screen.

Even if she is the kind of girl rushing into romantic relationships without giving too much thought, she is still a sight for sore eyes.

Miss Doherty stuck around the original cast of 90201 for four seasons of the series, but she took an early exit at the end of season four.

Like many other write-offs, this one was rather confusing. It happened abruptly and took many by surprise. So, why did Shannen leave the great 90s show?

No Regard for Time

Time is precious during filming (and any other profession for that matter). Some timelines need to be respected to get through the specified number of scenes. When one team member is late, things fall apart real quick. Sadly, Shannen Doherty has been accused more than once of being habitually late.

During an interview with Entertainment Weekly, 90210 cast members and the producing team weighed in on Doherty’s exit. The executive producer claimed that the actress had reached a place where she was no longer happy on the show.

Why Did Shannen Doherty Leave the Show 90210?

Doherty agreed that she was truly dissatisfied: “There was indeed a time I didn’t feel like being a part of the cast anymore. I was clearly unhappy. It sounds unappreciative of me to be a part of a hit show that was raking in a lot of money, yet I was unhappy.”

The series creator Spelling insisted that Doherty had had enough of having a camera in her face around the clock. He also retorted that her lateness didn’t ruin the show as much. However, it understandably upset the cast members greatly.

Reports claim that Shannen once showed up on set at 9:45 AM rather than 7:45 AM as earlier agreed. Everyone was waiting for her for an entire two hours. Unsurprisingly, this habit had a lot to do with being let go from 90210.

Shannen later addressed the lateness rumors with a defense line of her own. She spoke to People Magazine in 2019 and had this to say: “There are certain things I refer to as bulls. The constant charge of lateness is certainly one of them. I was only late a total of four times in a period of four years. My colleagues were often super late during filming. I doubt lateness has much to do with anything.” She went on to say that she feels she’s been misunderstood pretty much her entire life.

Lateness isn’t the only issue that is wrong with our beloved Shannen Doherty. If you follow her very closely, she was written off in Charmed almost the same way as 90210.

Despite being one of the lead characters, the eldest in the trio of magical sisters, her role was killed off at the end of season three. It is alleged that this Hollywood name brand can be pretty difficult to work with.

Tori Spelling, a 90210 actress and daughter of the show’s producer Aaron Spelling, told US Weekly that Doherty and her co-star Jennie Garth once got into a fight that almost got physical. According to her, male actors of the series had to separate the two lads before things went out of control.

After the incident (and perhaps several others before that), Tori called her father and reported Doherty. A few days later, the actress had been let go from the show.

Aaron Spelling’s daughter seems to have since regretted the move. A tearful Spelling later admitted to US Magazine: “I felt like I was a part of something, a movement, that cost someone their livelihood.”

Beverly Hills, 90210 Reboot hit the screens in 2019. Luckily, Shannen was part of the cast. However, Radar Online reported that the witty A-lister took a long time before signing the contract. Apparently, she had a myriad of questions before filming began. In responding to the reports, the actress insisted that she is only careful because she is battling breast cancer.

She had just recently learned that her cancer, which she had been diagnosed with in 2015, had returned after having been in remission since 2017. In addition, she was just hit with the news about Luke Perry’s massive and ultimately fatal stroke. That’s a lot to take in at once.

There it is – what caused the beautiful Shannen to make an early exit from Beverly Hills 90210. Her attitude is pretty much to blame, even for her departure from Charmed.

Despite all the professional drama, the actress possesses great skill, experience and other acting chops that made her characters memorable and Doherty one of the most recognized women in network television series.

What if we focus on that for once?