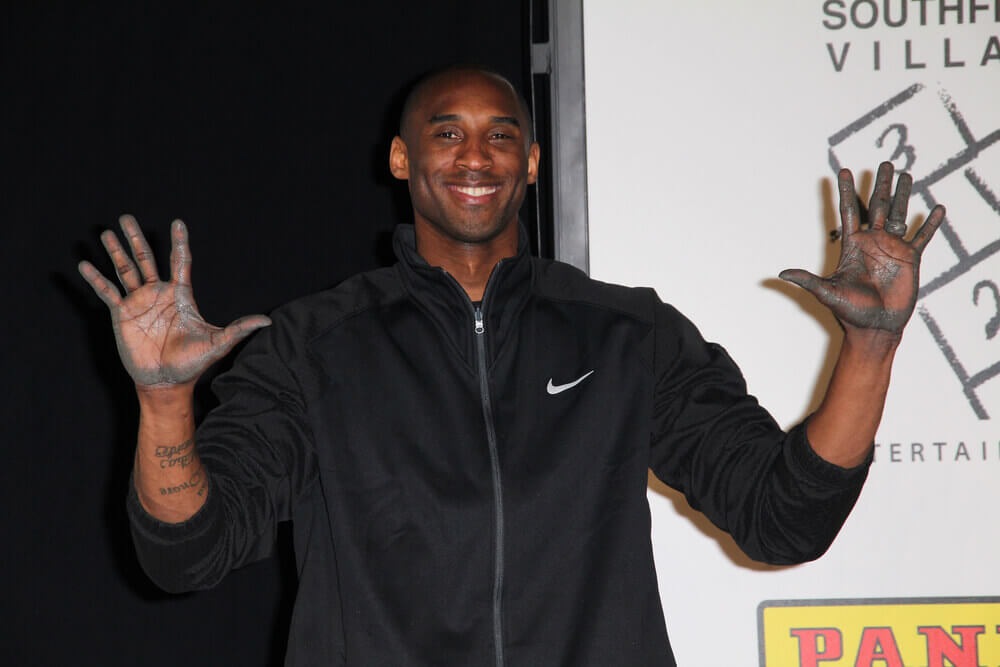 26th January 2020 was a dark, dreadful day in the world of basketball. A super talented, celebrated athlete breathed his last, marking the end of a long immersive sporting career.

Fans watched as big names in the entertainment and sports world flocked the Staples Center on 6th February 2020 to celebrate a man that poured his all into the world.

Kobe Bryant was committed, aggressive, relentless, and hard working. He goes into history books as the first NBA star to go by two numbers—both of which have been retired.

This means that no athlete is allowed to pick either digit to be known for. His jerseys are permanently hung in the Staples Center alongside those of other sports legends to serve as a tribute.

If you care about NBA, you already know that throughout the future Hall of Famer’s career, he wore two numbers: 8 and 24. From the beginning, his jersey bore the number 8, which he maintained for a decade before switching to 24.

Fans knew him by the former for such a long time. When he made the switch, his followers quickly noticed.

The number 8 meant something special to Bryant. It’s the totals of 1, 3, and 4, his Adidas camp jersey initials. ESPN once caught up with the late Lakers player, and he claims that the number 8 symbolized a point of entry to the world of sports for him—a time when all he did was prove his talent and skill to the world.

“When I first showed up at 8, is hoping to “plant your flag’ kind of thing. I had to prove that I had what it takes to secure a place in this league. I got to prove to the world that I am simply the best in this league. You are running after then. It takes aggressiveness, non-stop energy, and stuff.” He told ESPN.

Bryant wore number 8 since his joining the Los Angeles Lakers in 1996 all the way to 2006. During this time, the NBA star became very successful.

He played a total of 707 games and scored 16 866 points. Consequently, he earned three NBA titles and 8 All-Star selections.

These might seem like pure numbers to an ordinary person, but they mean everything in the sports world. And they don’t come easy.

Just before the 2006-07 season kicked off, Bryant announced that he was moving from number 8 to number 24 for the remaining part of his sporting career. Apparently, the star always wanted to claim this number since joining the Lakers, but George McCloud already used it.

24 was Bryant’s first number in high school. Apart from 24, Kobe also thought of wearing the number 33, which is the other number he went by in high school.

However, it had been retired in honor of Hall of Famer Kareem Abdul-Jabbar. After Shaquille O’ Neil had left the team, he decided to go as well to start his career with “a clean slate.”

When asked more about his choice to make the switch, Bryant said that 24 marked a time in his career when he’d matured and no longer had to prove a point.

“Then 24 is growth from 8. Physical attributes have changed and aren’t what they used to be. The level of maturity is soaring. Marriage, kids. You start to have a broader perspective as one of the old guys on the team, contrary to being the youngest. Things evolve. It doesn’t mean that one number is better than the other or one way is better. It’s simply growth.”

While wearing number 24, Bryant proved the jersey number has very little to do with anything. He brought in the medals, scored impressive points, and moved mountains in the NBA world.

To be specific, the star played 639 games in total, recording 16,777 points during which he earned two NBA titles, a scoring title, two Finals MVP, an MVP award, and 10 All-Star Game selections.

These achievements pushed him to a new height in his career, where he set a record as Madison Square when he scored 61 points. He also made history by becoming the first player to have 30,000 points, 6,000 rebounds, and 6,000 assists, moving him to the third position, all scoring in the NBA’s history.

Clearly, the second phase of his career pushed Bryant further up the sports success ladder. Considering all these amazing achievements, the star saw the switch to 24 as symbolic from a motivational standpoint.

Unfortunately, Kobe Bryant’s life was cut short alongside his daughter’s, Gianna(Gigi), in a horrific helicopter crash.

However, his legacy will live for generations to come. The two jerseys numbers, 8 and 24, will always remind the world that there once lived a larger-than-life guy in the NBA world.

Following the news of the star’s demise, various teams including the Hawk’s, Wizards, Dallas Mavericks, and Toronto Raptors among others began their games with an 8-second and 24-second violation in Bryant’s honor.