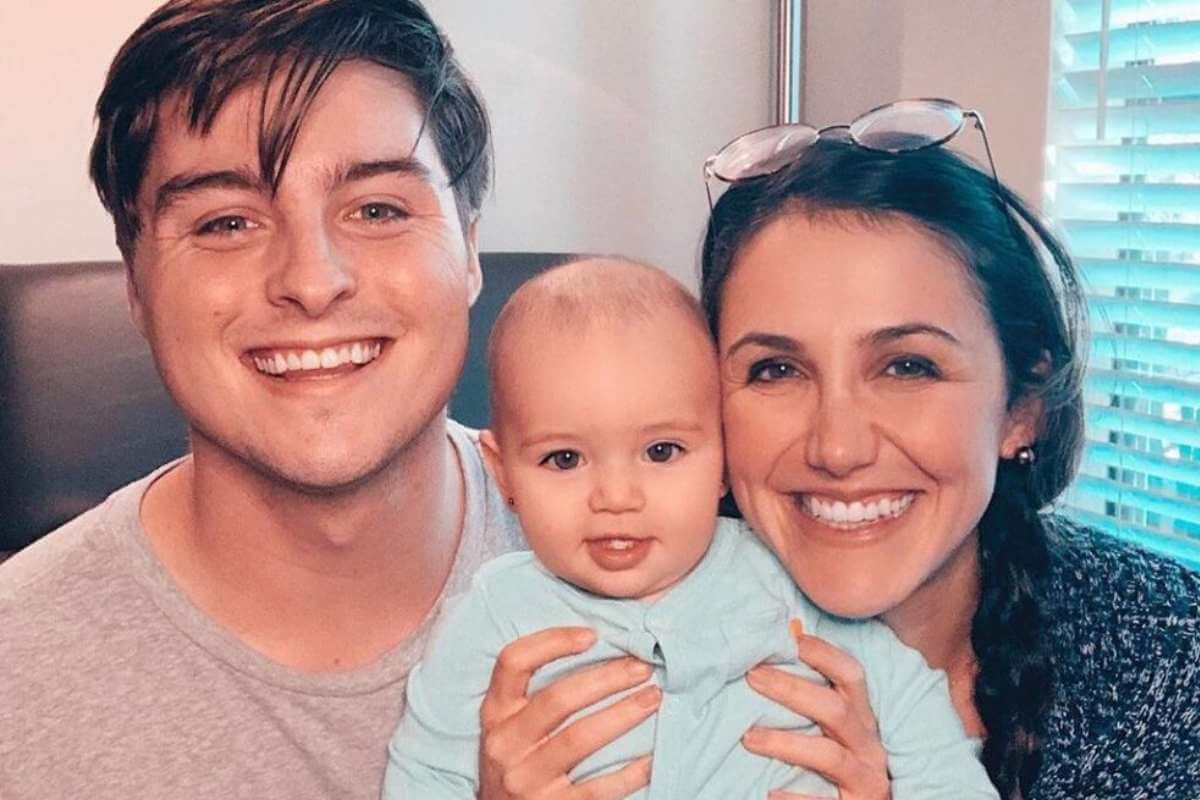 COVID 19 was the worst, no doubt. But it also came with some blessings in disguise. One such ‘blessing’ was Kat and Mike Stickler, a hilarious and adorable TikTok influencer couple who kept us seriously entertained during that horrible time, making the lockdown a little more bearable.

But, as fate would have it, the young couple announced their divorce less than two years after tying the knot. It definitely came as a huge shock to fans when the duo announced their split.

Unlike so many TikTokers, Kat and Mike seemed to be taking their fame in stride. They created awesome content and had great fun doing it.

They were happy, famous, and looked good together. So, why did Kat and Mike break up? Find out the cause of their divorce.

Who Are Kat and Mike Stickler?

Kat and Mike were a TikTok power couple who quickly rose to fame during the COVID19 pandemic. Their account featured lots of funny videos, entertaining pranks, and of course, their adorable baby daughter.

Unlike most TikTok accounts that post cringeworthy content, the Sticklers were actually funny, and their cute pranks gave their followers respite during the worst of the pandemic.

Everything happened fast for the couple– they dated, got married, and had a baby in a span of three months. But, their relationship was short-lived, as they filed for divorce less than two years into marriage.

Kat Stickler and Mike’s TikTok was a joint account where the married couple regularly posted content together.

But, toward March 2021, the posts were less frequent, and we’d mostly see Kat and baby MK on the videos with Mike predominantly MIA. The videos came to a trickle and eventually completely stopped for a couple of weeks.

Then, on March 17, 2021, the famous couple posted a video announcing their divorce. A teary Kat confirmed that the rumors of their separation were true and that she and Mike had decided to part ways on good terms.

Because the prominent couple was known for their pranks, fans thought their divorce announcement was a joke. Mike hadn’t removed Kat from his Instagram; he still referred to her as ‘love of my life and ‘wifey’ on his bio.

So the announcement seemed like a prank until the joint TikTok account was changed to Kat Stickler’s name.

So, Why Did Kat and Mike Breakup? Details of Divorce Surface

It is an understatement to say that Kat and Michael Stickler left their fans hanging. For a viral social media couple with a very public life, they revealed very few details on the cause of their breakup.

In their March 17, 2021 video, they simply said they were splitting because things just didn’t work out, but they are committed to raising their child as best as possible.

But, a year after their dramatic divorce announcement, details of their split have emerged. Kat launched her YouTube video in January 2022 and hosted a Q&A session to address questions from her fans.

Of course, the elephant in the room was why she and Mike broke up? At the start, it seemed like Kat would reveal little-known details of what happened between them, but she instead said that she signed an NDA with Mike to not talk about why they broke up.

The NDA, as she put it, was to protect their beautiful baby girl and her privacy, given the couple’s massive social media presence.

Mike also updated his fans via his Instagram account after the divorce. In the video, the handsome content creator explained that they got married young, had a baby, and soon realized they were not a good fit; the relationship became toxic.

Did Mike Cheat on Kat?

Throughout this blurry facade, the couple insisted they had parted ways on good terms and would move forward with ‘love and respect’ for each other.

In the divorce announcement video, Mike was adamant that none of this was Kat’s fault and that he had some work to do on himself. As you might expect, his insistence that Kat should not be blamed for the divorce left fans wondering whether Mike had cheated on his wife.

Well, for now, whether Mike Cheated on Kat from TikTok remains a rumor. None of them has come out to address this issue, and from the look of things (going by the NDA), fans might never know just what happened to cause the sweet couple’s breakup.

Kat and Mike Stickler on Co-parenting

The young couple shares a daughter, MK, who is regularly featured on their TikTok videos. Following their separation, they had to co-parent their baby girl, something they both say isn’t easy.

Addressing a fan’s question about her co-parenting experience, Kat admitted that she still has breakdown moments when her baby is taken away from her.

She also said it was initially a struggle not to romanticize anything with her ex-husband, given that they had both moved on. She promised to talk more about co-parenting when she finally got the hang of it.

As for Mike, the struggle is the same. He told his fans on Instagram that it was all about practice and making the entire thing about their daughter.

Meanwhile, the famous couple has moved on and are happily boo’d up. Michael has posted his new girlfriend Tia Alannah Borso a couple of times on Instagram, while Kat has been with hottie Cam Winter for a while now, though there have been rumors of their breakup.

Unfortunately, the viral couple went separate ways. But, as Kat put it, it wasn’t the right situation for either of them, and she would do what she did (file for divorce) any day. We can only wish them both all the best as they move forward in their respective lives.