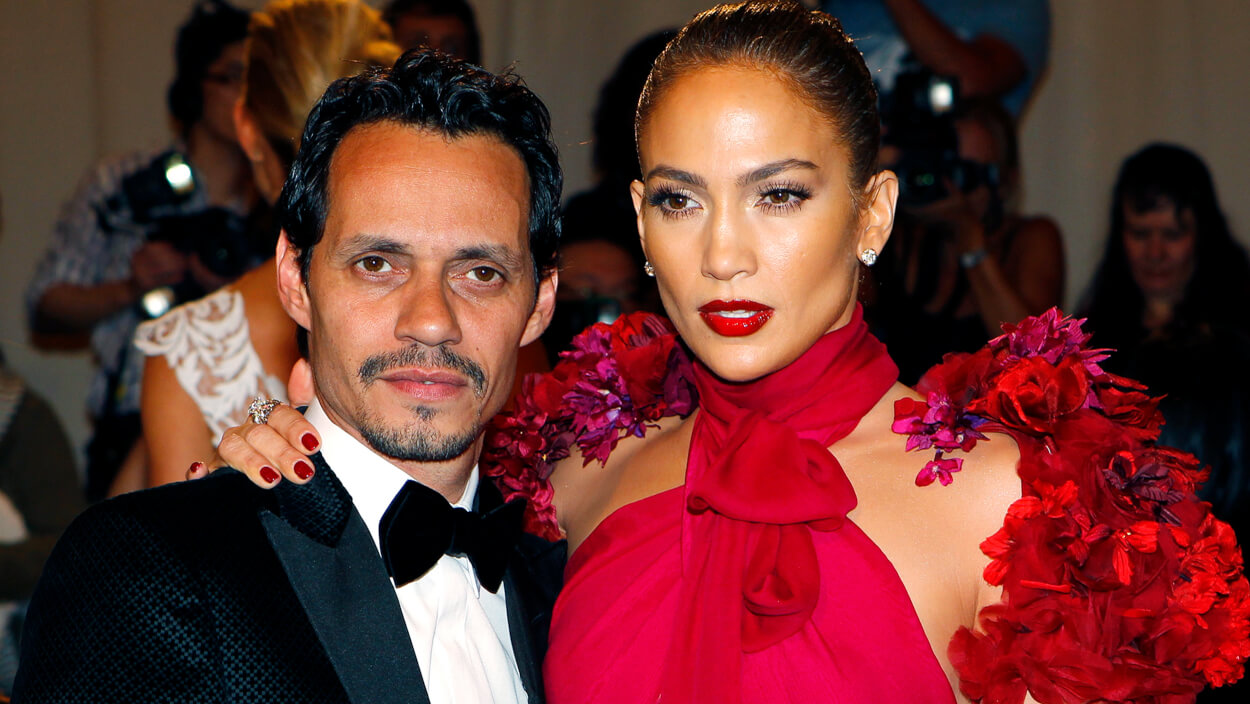 To say that Jenifer Lopez is a successful singer and actor would be a terrible understatement. This woman is a real icon. Her first album “If You Had My Love” was released in 1999, which means she’s been on the grind for more than twenty years. Most of her singles have done so well, selling millions of copies in record time.

Her acting career has also experienced some serious highs over the years. She’s even performed on the Super Bowl along with Shakira. Women and men alike look up to this New York-born Latina beauty more than she’ll ever know.

While J-Lo is super successful in other areas of her life, she’s not had much luck relationship-wise. According to Good America, the Maid in Manhattan star has been married three times in her life. The first marriage to Ojani Noa only lasted less than a year (between 1997-1998).

She went on to marry Cris Judd in 2001, which barely lasted for 2 years. In her defense, she was young when she tied the knot on both occasions. Then there is the string of boyfriends and fiancés, including Ben Affleck, David Cruz, Sean Combs, Smart, and the recent one, Alex Rodriguez.

So, when she married fellow singer Marc Anthony in 2004 and kept the marriage going for 7 solid years, fans thought that was it for her. The two performed together in shows, held each other’s hands tightly during red carpet events, and even had twins together. Sadly, the A-lister filed for divorce from Marc in 2012 which was finalized in 2014. Just why did the two lovebirds call it quits?

From face value, J-lo and Marc seemed like the perfect couple. They worked side by side on several projects, stage performances, tours, and even a movie. The two broke the news of their expecting twins in one of the performances.

Unfortunately, things were rocky behind the scenes. In one interview, the Jenny from the Block star admitted to being unhappily married to Marc. She said that the reason she didn’t do something for a long time is that she’d hoped her family would stick together.

“I didn’t want to break our family.” The celebrity told Sunday Today. It was never a dream of mine to create a rift. I’ve always dreamed of keeping my family together.” Clearly, J-Lo felt terribly guilty of having to raise her children with both parents being divorced.

On a positive side of things, J-Lo praised her ex-husband for being a positive force in her life “Marc has always supported my career. He’s helped raise my confidence level and paid attention to the areas I suffered.” She said in an interview. The beauty went on to say that her salsa performer of an ex-husband kept assuring her that she was indeed an impeccable singer and told her she should not allow anyone to say otherwise.

The Aftermath of Divorce

Like any other individual, going through a divorce wreaked havoc in Jennifer Lopez’s life. “Forgiving Marc after parting ways was not an easy thing for me to do. I never thought I’d have to go through a divorce again.” Jenifer told The Today Show after her divorce was finalized. The 51-year old tried to use her work to hide her feelings after the divorce but she soon realized that was unfruitful.

She admitted, “work is great. However, it can be a blessing or a very bad curse. I would be on set in my dressing room and couldn’t figure out how I was going to wake up in the morning.”

After going through two previous marriages and failed relationships, J-Lo took her time with Marc before having children with him. She did this to make sure that her baby daddy will forever be in her life. When things went south with Anthony, the beauty felt like she’d failed.

While parting ways was difficult for Lopez, she managed to maintain a friendship with Anthony. During a show in Puerto Rico where Marc was being honored, the pair actually kissed.

When asked if there’s any chance of reconciling with the father of her kids, the Shades of Blue actress said that there was a good reason the pair wasn’t together. “We are good friends with Marc. We are peacefully co-parenting and have resumed working together to make music. We met at work and love being on stage together.” She added.

Currently, J-lo is engaged to her long-time friend Alex Rodriguez (aka A-Rod). The two have been dating for the last four years. She revealed on Morning Mash-Up that after what she’d gone through, she took her time before letting things go too far. Now, they are both in a happy place and will soon be joined together hopefully for life.

Jenifer Lopez and Marc Anthony split up because they were simply unhappy. Both A-listers haven’t given more information on the details surrounding the unhappiness but whatever happened was enough to file for a divorce. As long-time fans of J-Lo, we really do hope everything works out with A-Rod. They both deserve that much.