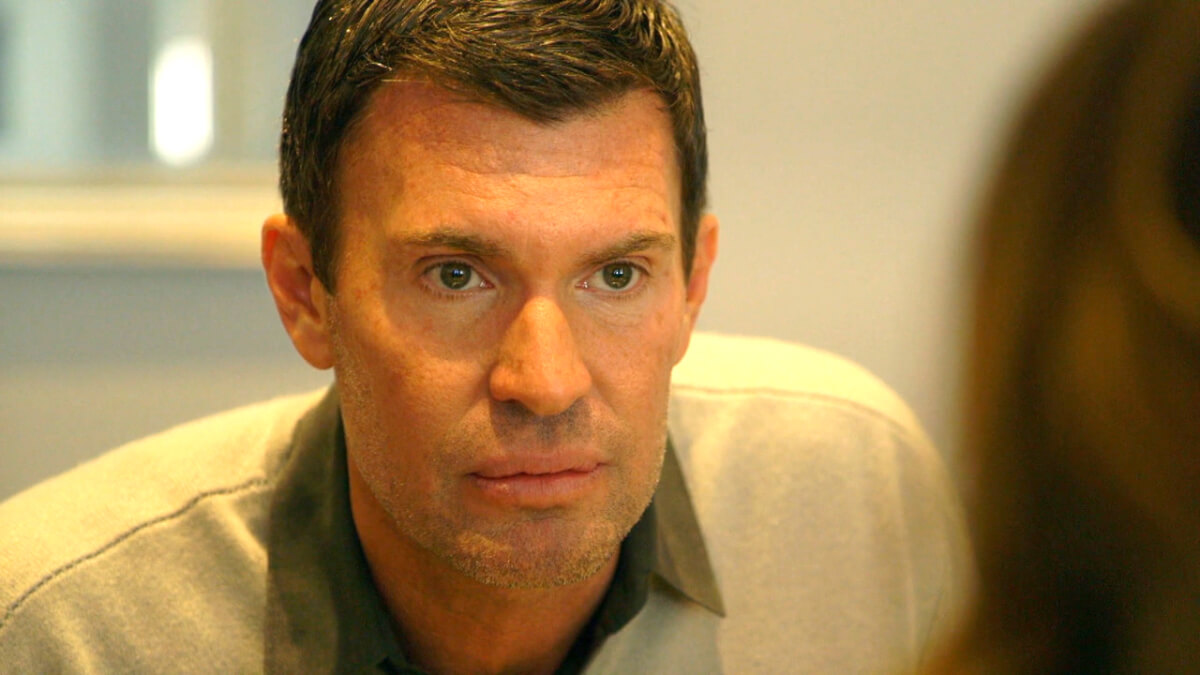 When it comes to reality television, nothing is predictable. With dramatic scenes that stir unforeseen outcomes, the chances of perfectly normal situations turning to something uncalled for are slim.

Bravo TV’s Flipping Out star Jeff Lewis knows this reality all too well.

The interior designer extraordinaire was fired from his position as creative director for California-based furniture store Living Spaces after an episode of Flipping Out aired an altercation between Lewis and one of their employees.

If you have watched Lewis on Flipping out, you already know that the reality television star was accustomed to speaking his mind to co-stars ( sometimes at top volume), and it seemed a little unfortunate that this particular outburst cost him his job.

The reality television star could not bear the silence surrounding his dismissal from his previous employer, and in true Jeff style, spoke out about what he thought led to his dismissal.

Lewis Says a “Mean Girls” Sabotage LED to His Dismissal

Jeff Lewis joined Furniture company Living Spaces in 2017, as creative director offering his extensive design experience to bring in a broad consumer base.

Lewis admitted to not liking their look and was tasked to lead their rebranding efforts. A series of photoshoots for their catalog formed part of his efforts. Entrusted to mentor Lewis was Brentwood Living Spaces designer Channa.

For an upcoming photoshoot, Lewis and co-workers were out to purchase furniture and props. Channa was overlooked on the project and left to shop for accessories. You could say Lewis’s design sensibilities outweighed Channa’s, and this did not rub the in-house designer well.

Living Space’s Channa supposedly forgot to purchase the accessories crucial to the final look, and an altercation broke out between Lewis and Channa.

Fellow Flipping Out cast members picked up red flags in Channa’s mishap, indicating the supposed slip-up had “Mean girls” sabotage written all over it. The photo’s looked substandard, and according to People, the retail furniture company did not like how the entire ordeal played out on screen.

Fans first heard the news of Lewis’s dismissal when the reality television star stated on Twitter that some people failed to do their jobs.

He added along with several hashtags the hashtag #Channagate. Hashtags reference contained a not so cryptic message, and we essentially get it – Lewis intended to slam Channa.

His dismissal openly scorned the reality television star. However, Lewis accepted the blow with some humor. The designer extraordinaire posted a couple of photos on Instagram referencing the firing. A snap of a Martini and headache medicine was captioned, “Can I take Advil for depression ?”

He also joked with former assistant Jenni Pulos on being financially distressed with a snap of the two staring at a check captioned, “Can we split this?”

Jeff Lewis Believes Threat of a Lawsuit Was the Final Blow

Considering the acclaim Lewis brought to Living Spaces with his infamous work, it seemed extreme that the photoshoot slip-up would lead the Furniture Company to bid Jeff an unpleasant farewell.

In an episode of the Heather McDonald Podcast, Jeff added more substance to his claims on why he got fired, stating an additional lawsuit threat drove Living Spaces to fire him.

“She felt called out and embarrassed on television, and I think she threatened to sue them. I think it came down to her or me,” Jeff explained on the podcast.

Lewis shared with Heather that his senses told him Living Spaces detested a law battle, and it boiled down to her or him.

Jeff added to the juicy scoop that a supposed upper hand on her end led the company to give in to her demands. “I don’t know—I just felt like ‘what is this woman’s hold on these people?’ Lewis told Heather.

Jeff Lewis Says He Has Landed a “Better” Position

“Congrats [Nate and Jeremiah],” he wrote on a screenshot of the couple from the company’s website. He added the hashtags: #getyourmoneyupfront, #channa, #firedforwhat, #justiceforjeff, #sloppyseconds and #nicebackdrop.

In a statement to People Magazine on Berkus and Brent’s collaboration with Living Spaces, Lewis clarified that he had nothing against the design duo and only cautioned them to their employer. “I was fortunate enough to land in a better position working for a nicer and more professional group of people. I just hope Nate and Jeremiah will, too,” said Lewis.

Who are these nicer and more professional groups of people, you ask? Well, after a career blow of that magnitude, Lewis did not take long to reclaim his statue as interior design royalty.

In 2017 Jeff began hosting his highly acclaimed weekly radio show Jeff Lewis Live on SiriusXM, where he sold one of his homes and kept fans up to date with his custody battle with ex-husband Edward Gage.

In 2021, television came back to the cards for Lewis. Earlier this year, IMDb TV announced a brand new unscripted show which will follow the life of the 51-year-old designer and single father of one.

The official release date of the untitled reality show has not yet been released, but fans are sure waiting on the edge of their seats to have the reality television star back on their screens.

Like a true professional, Jeff Lewis took his highly acclaimed skillsets and quickly invested them in new projects that needed him.