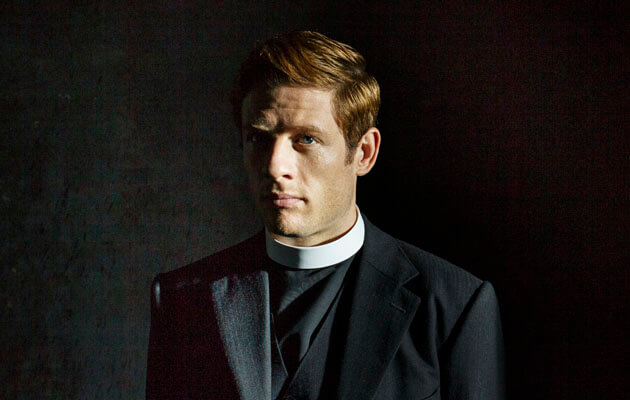 Although nothing great lasts forever, Grantchester’s fans felt a huge pang of sadness when they learned about the departure of James Norton in the first episode of season four. Norton starred in the series as Sidney Chambers, a charismatic clergyman with an intuitive approach to fighting crime.

He was replaced by a new cast member, Tom Brittney, who took over the duties of ministering to the Grantchester’s faithful and solving various crimes in the murder-plagued Cambridgeshire village.

But why did James leave his role of the amateur sleuth? Well, we have two explanations: what the star revealed and what fans believe really happened. Let’s dig deeper.

According to Norton, his departure from the show was fueled by the quest to grow his acting career. He didn’t want to become complacent, so his priority was to find a challenging acting role.

The star stated that he had become used to playing Sidney Chambers and feared that he would be challenged less and ultimately learn less in his acting career going forward.

So, after he felt that his character’s storyline had come to a natural conclusion Sidney having chosen his faith over his sweetheart, Amanda, in season 3 it was time to hand over the baton to someone else. Norton added that although it was a privilege to play the character, he felt that there were wonderful characters to play the role of the vicar.

While the star’s explanation was convincing enough, fans in the know weren’t moved. They felt that Norton had other reasons for leaving Grantchester, and top among them was his rising star—and potentially taking a lead role in a high-end movie franchise.

When Norton join the detective drama in 2014, he had only a few credits to his name, including supporting roles in films such as Belle and An Education as well as TV series, Death Comes to Pemberley.

Norton’s star has been on the rise since then. He featured in the BBC drama, Happy Valley, which earned him great accolades, appeared in one of the episodes of Black Mirror, Nosedive, and starred in the 2016 War and Peace’s TV adaptation.

He also landed a lucrative starring role in a BBC-AMC co-production, McMafia in 2018. Additionally, the star played John Brooke in the memorable Greta Gerwig’s adaptation of Little Women alongside other great A-listers, including Meryl Steep, Saoirse Ronan, and Emma Watson.

Other fans were even rumored to be placing bets on the star becoming the next 007 in James Bond films. So, although Norton tried to convince his fans that his reason for leaving Grantchester was a feeling that the series needed some new energy, his rising profile was surely a major contributor to his exit decision.

Well, with more opportunities beckoning, it is not hard to understand why this much-loved English actor felt that his character’s storyline had come to a natural conclusion.

Where is James Norton Now?

Since leaving Grantchester, not only has he landed amazing leading roles; Norton also launched his own film and TV company, Rabbit Track Pictures, which he heads with Kitty Kaletsky, former head of TV at Black Bear.
In addition to partnering with third parties to develop and produce content, Norton will also have a starring role in some of the projects his firm takes up.

In fact, he is set to enact the role of British conman Robert Hendy-Freedgard in the yet to be released drama series Chasing Agent Freegard, in which he will also executive produce. The show is a collaboration between his firm and two others in the film and TV space, Great Point Media and The Development Partnership.

Most recently, the fast-rising star was featured in the popular British TV drama, The Trial of Christine Keeler (2020) where he played a leading role as Stephen Ward.

Who is James Norton dating?

As one of the busiest British actors right now, it is no surprise that fans would wonder who is James Norton dating now? Well, besides his flourishing career, things seem to be going pretty well on the relationship front. The hank is currently dating long-time girlfriend and fellow actor Imogen Poots.

Norton is notoriously low-key about his private life. The fact that in early 2019, he officially went Insta-public with his woman could mean that he is pretty serious about her. Good on ya, mate!

Bottom-line Hopefully, you now understand why James Norton left Grantchester. Although you may have been disappointed about the star’s departure, his exit didn’t mean that the show ended.

Hopefully, you now understand why James Norton left Grantchester. Although you may have been disappointed about the star’s departure, his exit didn’t mean that the show ended.

ITV renewed the show for a fifth series with Tom Brittney acting as the new handsome vicar, and Robson Green taking the center stage to solve more crime mysteries. In the meantime, Norton has a number of new TV and film projects to keep him busy.