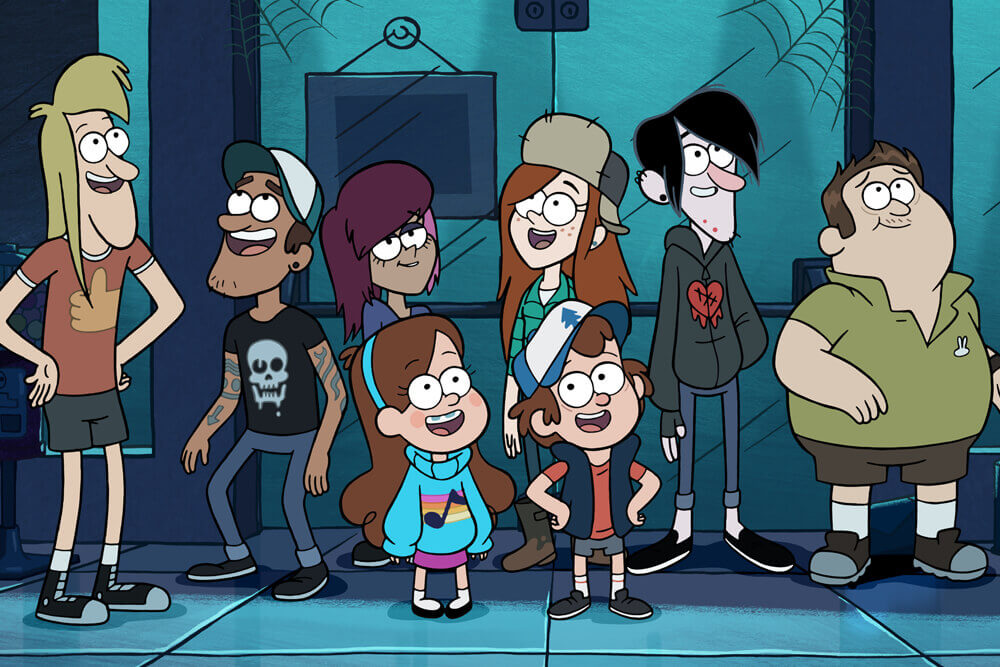 Much loved animated series Gravity Falls wrapped up its two-season run with a big bang in a one-hour series finale that gave viewers a sense of closure – illustrating how to end a show perfectly.

But with a wrap near perfect, and with Gravity Falls being Disney XD’s highest-rated show, the Disney XD cartoon had more fans asking why the animated series had to come to an end. Here we take a look at why Gravity Falls came to an end.

What is Gravity Falls?

Gravity Falls is an American mystery comedy animated series inspired by everything from Twin Peaks to the X-Files. Animator Alex Hirsch created gravity Falls for Disney Channel and Disney XD and first appeared on tv on June 15th, 2012.

The series surrounds their mysterious adventures after they leave to spend the summer with their great uncle Stan “Grunkle,” who runs a tourist trap, called “The Mystery Shack” in Gravity Falls, Oregon.

The show did not just appeal to kids, but teens and young adults with large communities solving the many mysteries of Gravity Falls through fan theories and speculation.

The Disney Channel original is also critically acclaimed, having won primetime Emmy awards in 2014 and 2015 and bagging a couple of Annie awards.

Even despite having ended just after two seasons, the show is considered widely popular. As per Inverse, the Disney television animation’s name still pops up at conventions and worldwide treasure hunts ten decades later.

A year after its finale, the show writers Shion Takeuchi, Mark Rizzo, Jeff Rowe, Josh Weinstein, and Alex Hirsch were nominated at the Annie Awards for Outstanding Achievement in Writing in an Animated TV/Broadcast Production.

Did Gravity Falls get canceled?

The reign of the Disney Channel animated series ended in February 2015 following a 68-hour marathon and series conclusion titled “Weirdmageddon 3: Take back the Falls.”

Creator Alex Hirsch explained on a Tumblr post that the reason why the show ended was not that the show did not do well but simply because he intended for the Disney XD TV Series to run only two seasons long.

“The show isn’t being canceled —it’s being finished. This is 100% my choice, and it’s something I decided on a very long time ago,” he wrote. “I always designed Gravity Falls to be a finite series about one epic summer- a series with a beginning, middle, and end.

There are so many shows that go on endlessly until they lose their original spark or mysteries that are canceled before they ever get a chance to pay off.”

Ending the series on his terms is why the show did not feel dragged until it was unrecognizable. He never meant for Gravity Falls to be a series that goes on forever, but an exploration of the experience of summer and, in a larger sense, a story about childhood itself – and that’s exactly what fans got.

In the same post, Hirsch thanked his fans for being so loyal over the years.

“No words can describe how grateful I am for the millions of fans who have cherished Gravity Falls for the time that it’s been on the air. Running a TV show, especially one where you write, direct, supervise, and co-star, can be an incredibly grueling experience,” he said.

“But every hand-written letter, tweet, tattoo, piece of art, costume, and creation from the fans made this enormous undertaking worthwhile. To the Gravity Falls fandom- I love you guys. You’re weird and clever and smart and curious and have been a constant inspiration to me and the crew.”

Will there be another season of Gravity Fall?

With Gravity Falls deemed as such an engaging animated series, it is no wonder fans keep checking in on the possibility of having a regular dose of the Disney XD cartoon return to television.

The show does not seem to be making a return, despite Hirsch revealing in 2017 that he was open to creating additional episodes or specials rather than a third season.

Nonetheless, the show’s creator has kept its concept alive in various ways. For one, Hirsch threw an international treasure hunt called the Cipher hunt, which involved retrieving and decoding riddles and hidden codes in various places to find the real-life Bill Cypher statue.

Fans followed the statue to different places before it was placed in Bicentennial Park in Reedsport permanently.

In addition, in celebration of the release of Journal 3 and the end of the Gravity Falls series, the team held an official Gravity arts show.

And if you thought Hirsch would by now have put Gravity falls to rest, then you are wrong.

“My dream, if I had a magic wand, would be to make a kick-ass Gravity Falls video game that is really, really in-depth to the lore of the series and includes new canon that has been in the periphery of the series,” Hirsch tells Inverse, “but I’ve never found a place for it.”

In the meantime, Hirsch has been working on various secret projects at Netflix, which he is yet to reveal.