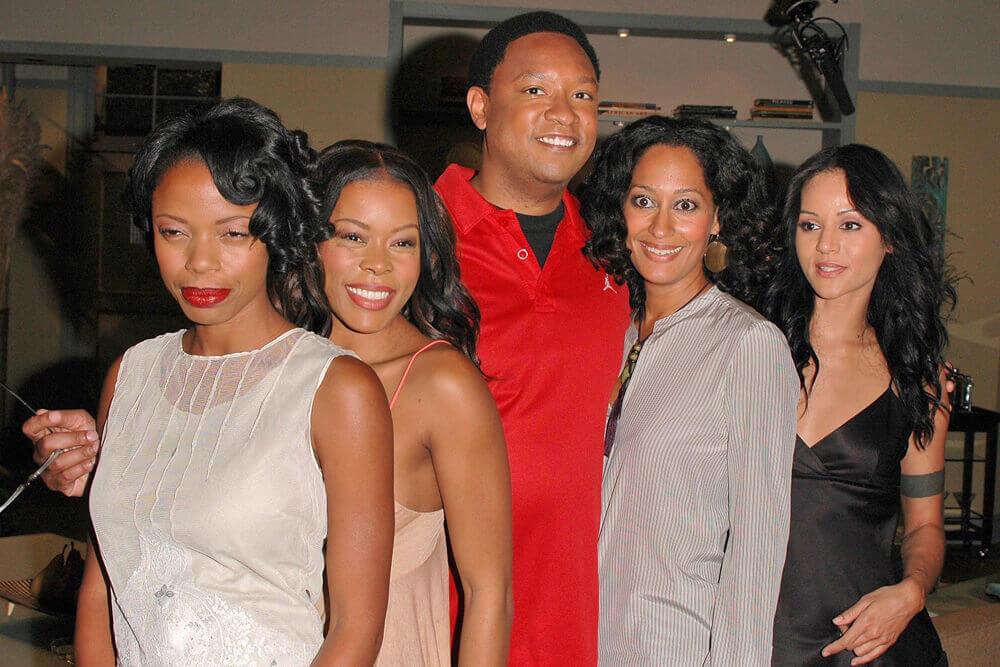 Although all shows must come to an end, there are some shows we believe, upon their cancellation, get an enormous stack of complaint letters from angry fans to networks.

When The Cw announced the popular sitcom, Girlfriends, would be ended, fans did not take kindly to the news.

Not only was the series the highest-rated scripted show from the early 2000s, but it was also deemed an iconic show for African Americans.

However, like all good things, this series too had to end with fans of the sitcom wondering why the show got canceled.

Despite being from different backgrounds, the tight-knit friends supported each other through life’s triumphs and disasters, demonstrating the importance of Girlfriends.

The show, which had an all-black cast, garnered popularity amongst black people for affirming the idea of what it meant to be a modern black woman.

The comedy series premiered on UPN on September 11, 2000. In seasons seven and eight, the show moved over to The CW network.

Why was “Girlfriends” canceled?

After eight seasons, Girlfriends came to an abrupt end in 2008. The reason why the popular sitcom ended was due to it being too expensive to continue. As per TV Series Finale, the show’s rating began to decline over the years, and as Showbiz Cheat Sheet explains, its considerable cost in production was a call for producers to wrap up the sitcom.

“This was a very difficult decision for us and was based solely on the considerable cost to license each episode in an extremely unusual business environment,” said a spokesperson for The CW.

Following news of the show’s cancellation, fans went out of their way to have their dissatisfaction known, with some expressing their desire to have another season on the network.

According to The YBF, an inside source revealed that Comedy series creator, Mara Brock Akil, would have wanted to accomplish a ninth season, something the team felt they should have been allowed to do. Regardless Akil said the series still told the stories she wanted to share, reported Showbiz Cheat Sheet.

“Although it’s always difficult to say goodbye, I choose to focus my energy on the history that Girlfriends has made, the human stories that we told, the beautifully complex images that we projected, and the blessings 172 episodes bestowed on us, both personally and professionally.”

She continued, “I am immensely thankful to the amazingly talented cast, writers, directors, staff and crew for their endless dedication and hard work for eight seasons, to the network that always wanted us and the studio that always supported us, but mostly to the audience, especially African-American women, who took the time to tune into us every Monday night at nine to have a dialogue with us and who have been our partner in this journey.”

While saying goodbye to the long-running sitcom was hard for fans, what made it an even tougher pill to swallow was the announcement that the show was not going back to film more episodes to provide some sort of closure but instead opted to compile a few clips from the past for its series finale making a less than proper send-off.

“I am currently in talks with the studio and network on putting together a retrospective show which will honor and celebrate this landmark series, so please stay tuned,” said Mara Brook Akil.

While The CW network never considered having Girlfriends return to bring a well-deserved closure for its millions of loyal fans, the show’s cast reunited as guest stars in an episode of ABC’s Black-ish in what came off as an opportunity to make amends to its improper send-off.

In an episode titled “Feminisn’t”, the Girlfriends squad relived iconic moments when Bow ( Tracee Ellis Ross) introduces her on-screen daughter, Diana, played by Marsai Martin, and mother-in-law Ruby (Jennifer Lewis) to her group of feminist friends from college after the two reveal they don’t believe in feminism.

There is even a moment when homage is paid to Girlfriends’ memorable theme song and opening sequence.

For fans who had not seen the beautiful women together for more than a decade and who were hit hard by the premature cancellation of the show, the reunion on Black-ish was special, and perhaps the closure they had for so long requested.

Speaking about the reunion, Tracee Ellis Ross said in an interview with Entertainment Weekly that because they had not all been on camera together since 2006, reuniting as Girlfriends for a whole new audience was so much fun.