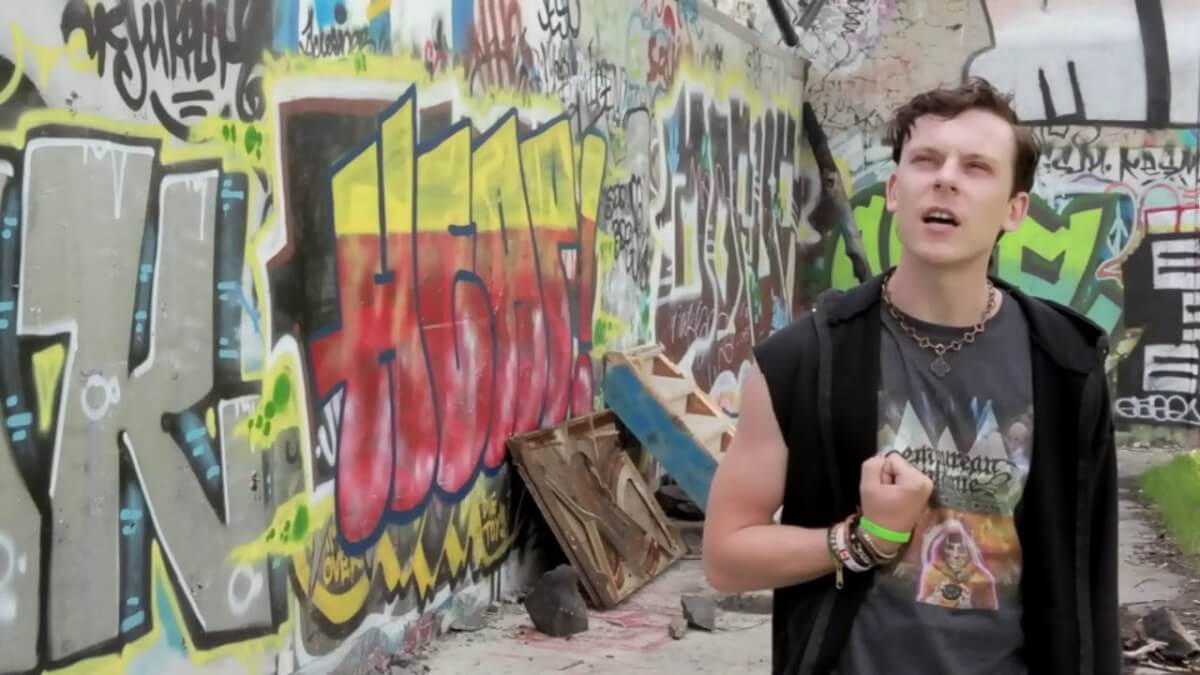 Devon’s abrupt departure from Letterkenny left many of his fans surprised as he was the favorite of the skids in the Canadian sitcom.

The sitcom is a descendant of the YouTube web series, Letterkenny Problems, which depicts Letterkenny residents’ lives.

Devon, played by Alexander De Jordy, joined Letterkenny as a supporting character, and since then, Letterkenny has grown to become a multiple award-winning comedy series.

Its storyline revolves around the residents of a small Canadian community who are grouped according to their lifestyle.

Devon was doing well and had already gained a massive following, making it more confusing as to why he left the show.

The people of Letterkenny are grouped into three: the hicks, the skids, and the hockey players. The Christians, who were also introduced as part of the groups, were later dropped.

When these groups interact, a hilarious effect is created. Devon falls into a category of wacky, cultic individuals known as the skids.

They are social misfits whose primary focus is making and dealing drugs, particularly methamphetamine (meth). Besides, they take a keen interest in gaming and music.

Their lifestyle is inspired by emo and goth culture characterized by heavy jewelry, dark clothes, black makeup, and pale skin. And they also carry a deep sense of hatred toward ordinary society. Such a creepy lot!

The skids hold their wacky operations in Stewart’s (their leader) basement except when dancing in the dollar store’s parking lot.

Interestingly, all the skids are allergic to bees. Devon shares a close relationship with Stewart as they are childhood friends.

He is Stewart’s right-hand-man and the media genius who is the brains behind Fartbook, a Facebook group created for posting and sharing rare farts. Talk of eccentricity!

He is also the force behind McMurray’s campaign video, The Election, in the second episode of season 2. Mr. and Mrs. McMurray approached him to enlist his help which he agreed to do despite his reluctance to engage in the election.

In a plot that threatens Stewart and Devon’s cordial relationship, Stewart spends the group’s money to host a rave. As if that’s not enough, he announces his plan to end the meth business, much to Devon’s dismay.

In displeasure, Devon successfully schemes to ruin the rave. He tells the other skids to remove the rave from Facebook and spread rumors that the Ag Hall has an asbestos problem.

In the end, Stewart returns and says that he will make Letterkenny the biggest meth town in the country. That makes Devon ecstatic.

Overall, Devon is enthusiastic about gaming, dancing, and making drugs but is reluctant about the skids’ vandalism which he terms as ‘two-bit.’

His strong character leads him into expelling the skids’ leader, compelling him to beg for a place to stay at the farmhouse. It is this personality that makes him one of the fan favorites in the show.

Devon first appeared on the beloved sitcom in 2016 as it aired ‘Ain’t No Reason To Get Excited‘ for 12 episodes. After treating their viewers to a St. Patrick holiday special dubbed ‘St. Perfects Day’, Devon vanished from the scenes of humor.

The reason for his mysterious departure is still a question on the minds of his fans.

Stewart and Roald were falling apart over Devon’s disappearance, that Stewart destroyed the few belongings left behind in his basement.

Not having gotten over Devon, they thought that a masked clown terrorizing the basement might have been him.

While Devon may have vanished from view, Alexander De Jordy has maintained a lucrative film career.

He has since played Richard Dulac’s role in 19-2, a Canadian crime drama television series. He also landed Matty’s role in the 2019 horror and mystery film ‘Witches in the Woods.’

In 2018, he played the role of Johnny in a 13-minute short horror and sci-fi film. And lastly, he played Lamar in the 2015 sci-fi series Between.

Devon did not waste time before venturing into other projects, with many people believing that he left Letterkenny to pursue other projects. Many actors are tired of playing a single role repeatedly, which might have been the case here.

But that’s not all.

Devon has not just excelled in acting, as he has also immersed himself in directing and production. He ran, edited, and produced the 2017 film, Two Homeless Men Make Juice (in LA) and 2018’s Cheese.

As a testament to his excellent work in both films, he received a cinematographer credit in the former and a writer credit.

Devon’s unprecedented departure from Letterkenny was perplexing as there has been no explanation given. Many of his followers believe that playing a supporting character may have made it easier for him to leave.

Again, being a multitalented person, he may have wanted to venture into producing and directing films.

And to be fair, he has done well for himself so far. From playing exciting roles to directorial and writing works, his career seems to be flourishing, and he is undoubtedly going places.

His fans can only wish him well as they look forward to what he might have up his artistic sleeves.