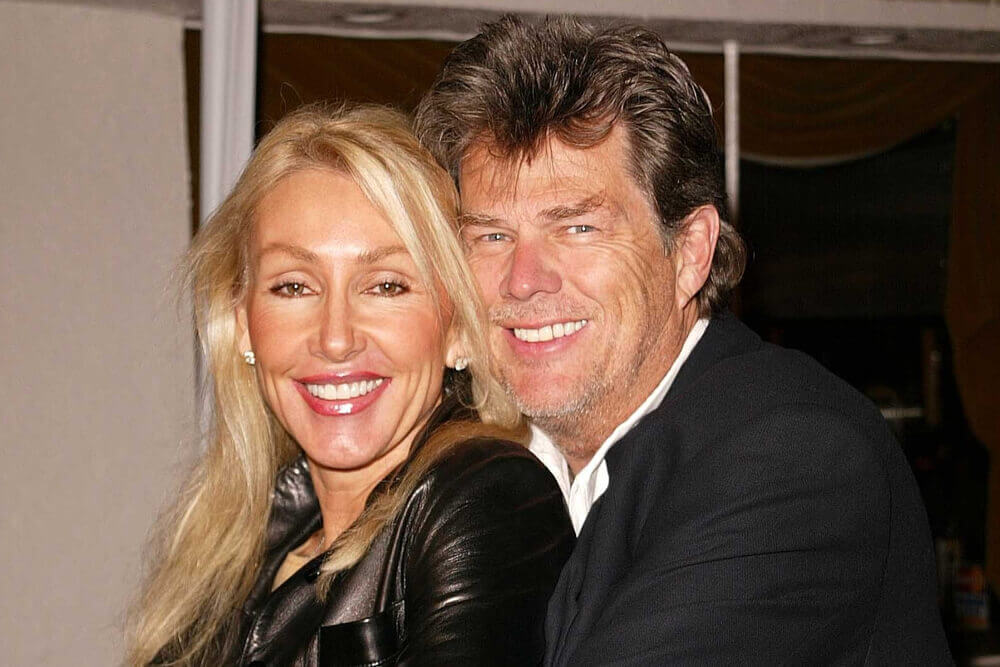 Once upon a time, David Foster and Linda Thompson were some of the most sought-after celebrity couples in Hollywood.

David was a celebrated music producer, and Linda was a beauty pageant winner. Both of them were good-looking, accomplished, and had a rather interesting dating history. They both had been married before and had children from those marriages.

They truly looked like a perfect couple from the outside. But as David Foster’s ex-wife Linda Thompson told in her memoir, it was actually a nightmare for her.

That was why they officially parted ways in 2005, and even after having three marriages in total, Linda called David his worst husband ever.

A History Of Linda’s Love Life

The 62-year-old’s relationships with her exes used to fit the description of a wonderful romance perfectly.

Linda met the music icon at a Memphis movie screening where he invited her personally. As soon as they saw each other, it was love at first sight. After this, the most dreamy romance of their life began, and they liked to be around each other 24/7.

But after Linda got married to Elvis, his habit of abusing prescription drugs got worse. It got to a point where Linda had no other choice but to leave him.

The beauty queen married Bruce Jenner in 1981. At that time, he was a legendary athlete. Together they had two sons Brody Jenner and Brandon Jenner. Bruce always told Linda that he was a woman in a man’s body. His statement always used to confuse her. Then one day, he greeted her in a women’s dress, wig and makeup. Linda knew her marriage was over, but then she gained a best friend in Caitlyn Jenner.

After Linda, Bruce married reality star Kris Jenner with whom he has two daughters, Kendall Jenner and Kylie Jenner. Bruce was also like a father figure to Kris’s other children Kim Kardashian, Khloe Kardashian, Kourtney Kardashian, and Rob Kardashian.

Linda married David Foster in 1991. Out of all of her marriages, she said she put the most effort into her relationship with Foster. Despite being a modern man, Foster’s beliefs about women were ridiculously regressive. He liked when Linda used to do house chores herself. David was also quite jealous and had banned Linda from mentioning his ex, especially Elvis. He didn’t even like when Bruce used to visit his children who lived with their mother.

In the last five decades, the music legend has got married five times. After separating from him, each of his ex-wives has complained about him being controlling and uncooperative. In an interview, he called himself a “runner.” Even before he got married, David had a child, which he and the child’s mother put up for adoption as soon as she was born. Her name was later identified to be Allison Jones Foster.

David’s first wife was singer and writer B.J. Cook. He got married to her in 1972, and they had a child together. Their daughter Amy said she never had much of a relationship. Amy only started meeting David later in life but still has no connection to her other siblings.

She once said that she has ten siblings. Still, she is an only child. She even recalled not being invited to any of their birthday parties.

Foster and B.J. divorced in 1981and he got married to Rebecca Dyer in 1992. They were married for four years and had three daughters; Sara, Jordan, and Erin Foster. They also had the same complaints with David as Amy had.

He wasn’t a present father for his biological children but raised his step-children with partners and wives.

Sara and Erin recently came on the sibling podcast with Olive and Kate Hudson, in which they talked in detail about their relationship with David and his other children.

They both confessed to resenting David for a long time for not giving them enough in their childhood. Their issue was with being perceived as rich spoiled brats, but the reality was very different. David had told them they wouldn’t have to worry about food and shelter, but they weren’t the ones living in his 22-acre Malibu estate.

Out of all of his marriages, his union with Linda was the longest. They were married for fourteen years but still never had any children. David raised Linda’s sons Brandon and Brody Jenner when he was with her.

At that time, they lived in a mansion that didn’t have any room for their own children. As Linda later revealed, their marriage was far from perfect.

Her music mogul husband liked to be treated like a king by his wife and wanted her to devote her life to him. Even with everything, nothing was guaranteed with David as he didn’t like to be tied down.

After separating from Linda, David found his life partner in Yolanda. When Yolanda Foster starred in “Real Housewives Of Beverly Hills,” she proudly stated that her husband is the king of the house. She talked about how she loved being able to cater to his every need and called that the reason behind her successful marriage. They stayed married for four years and eventually filed for divorce in 2015.

They also didn’t have any kids of their own. David was the step-father of her three children from her previous marriage with Mohamed Hadid, Gigi, Bella, and Anwar.

Yolanda had said that David left her because she got sick with Lyme disease.

When they got married, a few people raised their eyebrows at their 35 years age difference. This didn’t bother them, and in June 2021, they welcomed their first child, a baby boy, Rennie David Foster.