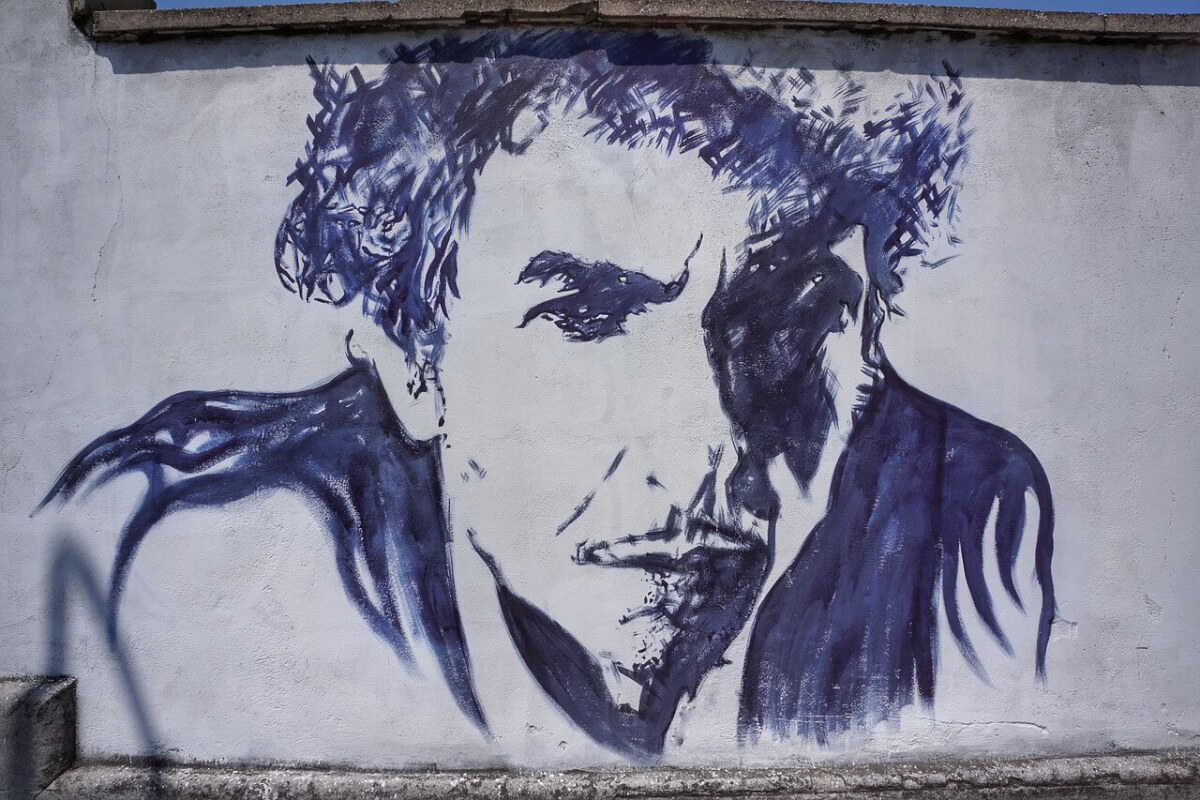 The music icon old is celebrated the world over not only for writing a total of 500 songs and winning tens of awards but mainly for being a pioneer of pop songwriting.

In the beginning, he wrote and sang songs of confession. That later changed to winding and then hallucinations and even consciousness narratives.

He started from folk and maintained it for an entire decade only to switch gears and do rock. Then there was the three-year period where the talented music legend met Jesus Christ and sang Christian songs.

Bob Dylan was not one to be put in a box. As a vocalist, he taught the world that a good voice doesn’t necessarily make you a good singer or performer. This guy defied the notion that a singer should stick to one type of music if he wants to excel. Dylan was such a force back in the 60s that the Beatles drew from his songwriting skills for their music career. Over the years, many bands, songwriters, musicians, and other creative have heavily drawn from Dylan as a person in one way or another.

Despite his sales going down in the 80s and 90’s, Dylan picked himself up in the 2000s, going on tour and proving that he’s clearly unstoppable.

Who is Bob Dylan?

To describe Dylan with one sentence would be such a disservice to his achievements. You’ll need pages upon pages to capture everything about him. Simply put, Dylan is an American household name as far as rock/folk music is concerned.

He was born on May 24, 1941, in Duluth, Minnesota, to a humble family. He learned to play both the harmonica and the guitar as a child. By the time he was in high school, he had already put together a rock and roll band – Golden Chords. After graduating from high school, he proceeded to study art at the University of Minnesota and kept on performing in coffee houses.

In 1961, he moved to New York’s community of Greenwich. Dylan didn’t know anyone by then, but he managed to get food and shelter thanks to his musical prowess. Within four months, people had taken note of him, and he began to get invites. He was opening for big-time musicians, doing concerts that got the attention of New York Times Magazine, and doing collaborations with other singers.

He was signed as a songwriter for the famous John Hammond in the fall of 1961. In March 1962, his first-ever album—a collection of blues and folks—was released. That was only the beginning of a long music career. Dylan went on to write songs, most of which were about political protests. Before long, he released his second album, The Freewheelin’ Bob Dylan, then The Times They Are A-Changin’.

By this time, his career had skyrocketed beyond his peers. Throughout the ’60s and 70s, Dylan performed beyond New York and America, got married, bought houses, you name it. Over six decades, Dylan has managed to win ten Grammy awards, a Nobel Prize in Literature (yes, he has authored eight books), and one Golden Globe Award.

Other accolades include being inducted into the Nashville Songwriters Hall of Fame, receiving the Prince of Austria’s Award in art, a Presidential Medal of Freedom, the National Academy of Recording Arts and Sciences’ 2015 MusiCares Person of the Year Award, and more.

In short, Dylan has been said to be one of the most influential people of the 20th century.

Why Did He Change His Name?

Like mentioned before, Bob Dylan did not always go by this name. By the time he launched his professional music career, the legend was still called Robert Allen Zimmerman. It turns that before changing his name to Bob Dylan, he had considered other names.

The first name he picked during his folk-rock days is Elston Gunn. This is what his fans knew him for. He later used a variation of his birth name—Robert Allen and Bob Dillon and Bob Handy. However, Bob Dylan is what stood out and stuck to date.

According to many reports, the Dylan name is simply a tribute to Dylan Thomas—the late poet from Wales. He once spoke to New York Times about the whole name change thing. This is what he had to say:

“Dylan Thomas’s poetry is specifically for folks that don’t get satisfaction from their beds, for those that are attracted to masculine romance.”

Bob also mentioned once that Dylan is a variation of Dillon (he once adopted this). Bob claimed that his mother’s maiden name was Dillon, although it was Stone. Other times, he said it referred to his hometown.

Not everyone enjoys the kind of achievements he has in their lifetime. Whether he changed his name to offer a tribute to Thomas Dylan, his mother, or his hometown, the award-winning artist changed his name simply because he wanted a cover. He was after a name that would allow him to perform anonymously—without caring about repercussions.