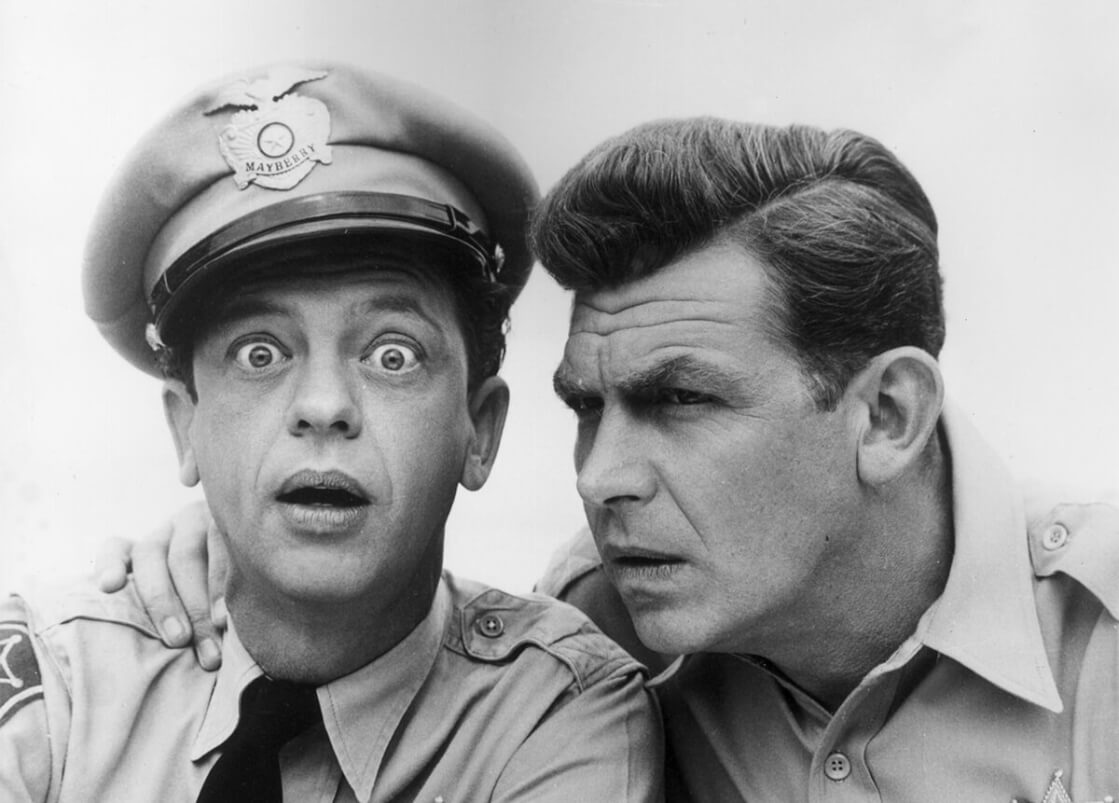 The Andy Griffith Show is one of the 60s most remarkable series.

Despite being over five decades old, it still sparks conversations to date. The show, which ran for eight seasons and produced 249 episodes, left a lasting mark in America’s hearts and the world over. Thanks to the countless re-runs available on our screens, we can keep the memories of the beloved series alive for years to come.

Die-hard fans of the Andy Griffith Show can pretty much remember the names of all the leading characters in the show’s cast.

These include Andy, the sheriff of Mayberry’s little fictional town along with his deputy Barney Fife, Aunt Bee (or Bea depending on where you come from), Floyd the barber, the town drunk Otis, Gomer Opie, and Goober.

Even if you watch episodes over and over again, there are several things you probably don’t know about the sitcom.

A good example is Floyd’s inability to stand. In almost all scenes with the delightful barber, he is standing in an upright position. However, it turns out that Floyd couldn’t stand in real life. He suffered a stroke earlier that paralyzed his left side. If you are keen, you’ll notice he barely lifted his left hand the entire time. Another nugget: the calendar in his barber shop always shows a February date!

How about the issue with Barney’s middle name? Was he Oliver or Milton?

The deputy insists he is Barney Milton while we know him from other episodes as Barney Oliver. The show’s writers couldn’t reach an agreement regarding the right middle name for the character. Then there’s the fact that the whistling heard in the show’s theme song “The Fishing Hole” is real. It was composed and done by 20th Century’s Earle Hagen. Hagen composed the song alongside orchestrator Herbert Winfield from Chile.

There are a lot more things that remain a mystery from The Andy Griffith Show.

However, the “Ange” name by which Andy went by occasionally was a real spanner in the works. You couldn’t miss it if you wanted. During their daily assignments, Barney would often use “Ange” on the sheriff. What’s the deal with that? We break it down for you.

The Real Story with the “Ange” Name

If you are a long-time follower of The Andy Griffith Show, you already know about the two law enforcement guys’ relationship in Mayberry: Andy and Barney. The two men were written as cousins originally, and fans would hear Andy call his mate “Cousin Barney.” That later changed when the producers decide to do away with the idea.

Although they don’t have an on-screen relationship, Andy and Barney are more like brothers. They are always hanging out together, working, eating, and laughing. Barney is the silly one and cracks jokes, while Andy is more reserved, level-headed, and serious. This is funny because Andy was meant to be the resident comedian on the show.

Producers had decided this when they saw him make jokes about his castmates. However, after the episode, it was clear that Barney has a better sense of humor than Andy. Right then, they gave the role of the comedian to Barney and kept Andy straight.

Barney sometimes called Andy “Ange.” He was the only one in the show to refer to him with that name. His deputy called him by “Ange” off-screen, which is simply a short of Andy Griffith combined. It was Don Knott’s nickname in real life.

The name “Ange” was rather confusing to viewers of the popular classic show and even sparked some outrage across America!

Apparently, some people contacted the writer, Jeff Gauger, to tell him he misspelled the name. Jeff claims that he would get comments and receive calls from readers in mixed degrees of civility, telling him he had made a huge mistake. One man said, “That is absolutely pathetic. In another industry, you would have been fired. What do you do to earn a living, anyway, editor? Can you really spell?” Ouch!

You have to understand that Andy is a beloved character throughout the show’s episodes. He has a loyal fan base even now. You cannot mess with his name and expect to go scot-free. Kudos to the fans that stood up for him!

Now you know why Barney referred to his buddy and colleague as “Ange.” When you combine the initials of “Andy” and “Griffith” together, you end up with “Ange” (at least according to Barney). The fact that Barney was the only one allowed to use that name even off-screen goes to show the bond the two actors shared from season to season of the series.

Their friendship transcended their working relationship on The Andy Griffith Show and any other shows they’ve starred in. Pretty amazing, right?