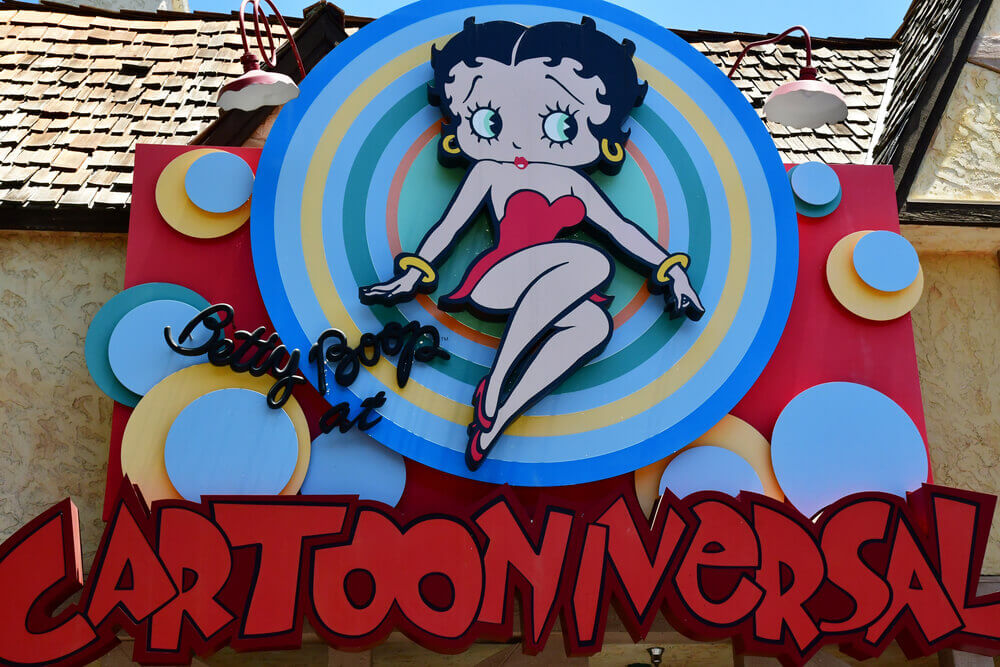 Betty Boop is a cultural icon that has held a place in millions of Americans’ hearts for nearly 90 years.

Since her creation in 1930, Betty Boop has gone from being a sexy cartoon vamp in the 1930s to an iconic symbol of feminism in the 1980s. (In fact, Ms. Boop was the first cartoon character ever to have a bra-burning scene in a cartoon!)

The origin story of Betty Boop is a fascinating tale that takes us all the way back to the Jazz Age and the first-ever animated cartoon star.

The flapper-era cartoon star is known for her curvy figure, sexy voice, and signature red-bow lips. Her creator Max Fleischer is considered as one of the most important innovators in the history of animation.

Fleischer was an American cartoonist who gained notoriety as the developer of the rotoscoping technique. He was also the mastermind behind Popeye the Sailor Man, and the two cartoons are often confused with each other.

Fleischer was born in 1883 in Kraków, Poland, and enjoyed drawing as a child. Immigrating to the United States in 1887, his family chose to make New York City their new home.

Fleischer began his career at the Brooklyn Daily Eagle, where he advanced from errand boy to staff cartoonist. He later worked as a technical illustrator, catalog illustrator, and art editor.

In 1917, he was granted a patent for his invention, the rotoscope.

The device and the associated process was used to make it easier for animators to draw the frames for animated films and laid the ground for production houses like Disney.

Throughout the 1920s and 1930s, Fleischer ran Fleischer Studios with his Brother Dave Fleischer. Some of the studio’s most iconic characters included Koko the Clown, Bimbo, Popeye the Sailor, and Superman.

But it was Betty Boop that was going to be the ultimate breakout hit for the studio.

The character was initially created as an anthropomorphic French poodle with long, floppy ears.

Within a year, Betty made the transition from an incidental human-canine breed to a female human character.

New Betty Boop was an upbeat flapper known for driving a car, dancing popular dances, and showing lots of skin. Her wide gaze and sexy looks won her a strong following among the depression-era audiences.

Betty Boop is thought to have been modeled in part on Paramount star Clara Bow, who was popular when Fleischer began developing the character.

According to some sources, Fleischer requested a caricature of Helen Kane, a singer who had a similar style to many performers of the day.

Two years before Betty Boop debuted, Kane gained fame with the song “That’s My Weakness Now” , which used the term “boop-boop-a-doop” as shorthand for sex.

The jazz singer’s slinky vocals and baby-like manner of singing made Kane one of the most beloved performers on stage. Her signature, “boop-boop” style became a theatrical staple.

Much like the vaudeville performers before her, Kane used her little-girl voice to deliver lyrics that would have been shocking in another singer’s mouth.

New York Times called the singer “the most menacing of the baby-talk ladies,” a reference to the vaudeville phenomenon also utilized by Fanny Brice and Irene Franklin.

The Fleischer brothers were eager to match that baby voice as closely as possible.

They found a perfect sound-alike in Margie Hines, who initially voiced Betty, only to be replaced by several other voice actresses until Mae Questel took over the role in 1931.

Of course, Kane found out about Betty Boop. The cartoon character, as a clear parody of her, delivered a spot-on imitation.

When she experienced economic hardship due to Paramount’s layoff, she took legal action against Fleischer’s animation studio.

Kane claimed that phrases like “boop, boopa doop, or boop-a-doop or similar combinations of such sounds have been part of her babied vamp act since the beginning.”

However, Max Fleischer, owner of Fleischer studio, would not budge.

He gathered his Betty Boop voice actors on camera to make fun of the lawsuit during a newsreel, and not long after, Betty Boop herself appeared in a cartoon called “Betty Boop’s Trial.”

It seemed like Kane had a legitimate case and her lawsuit made it all the way to the New York Supreme Court.

The press was thrilled with the idea that a performer was trying to legally protect her popular “boops.”

At the beginning of the court hearings, Fleischer presented three women who had voiced Betty Boop. All claimed they hadn’t imitated Kane and did their Betty Boop voices to prove it.

Eventually, the court stenographer threw up his hands. Some of the testimony became almost hilarious.

The judge then watched footage of Fleischer cartoons and Kane performances.

Just short of becoming a lengthy lawsuit with ultimate victory for the plaintiff, the proceedings came to a grinding halt, thanks to the origins of her signature singing style.

And then there was talk of of an African-American performer named Esther Jones, born Gertrude Saunders.

Esther Jones, identified by her stage name “Baby Esther”, was an African-American singer and entertainer of the late Nineteen Twenties, known for her “baby” singing voice.

During the trial, theatre manager Lou Bolton testified that Kane saw Baby Esther’s cabaret act in 1928 at the Everglades Restaurant.

The Fleischers then argued that they did not copy Helen Kane’s likeness but Baby Esther’s instead.

To date, there is no confirmed photo or recording of Jones, and she did not testify during the trial.

Nevertheless, the courts ruled against Helen Kane stating she did not have individual rights to the “booping” style, signature phrase or picture and that the fashion, in reality, pre-dated her.

Who is the real Betty Boop?

There is a lot of confusion surrounding this, even among historians.

While Helen Kane is the original “boop-oop-a-doop” girl, she was not the first to voice the sassy cartoon vixen. That honor clearly belongs to Esther Jones.

Sadly, she had disappeared and was presumed dead by the time the court case was cleared in 1934.

Kane still carried the most recognition as the face and name of Betty Boop.

Despite losing the lawsuit, Kane even briefly starred in a comic she had pitched called The Original Boop-Oop-A-Doop Girl, further obscuring the identity of Baby Esther.

After a while, Kane faded from popularity.

In 1966, when she died, the New York Times recalled her a “once giggly, wiggly brunette” and told the story of how she squandered her fortune on a failed clothing company.

That the white Kane took the black Jones’s singing style and attempted to claim it as her own is one of the most common, frustrating narratives in American history.