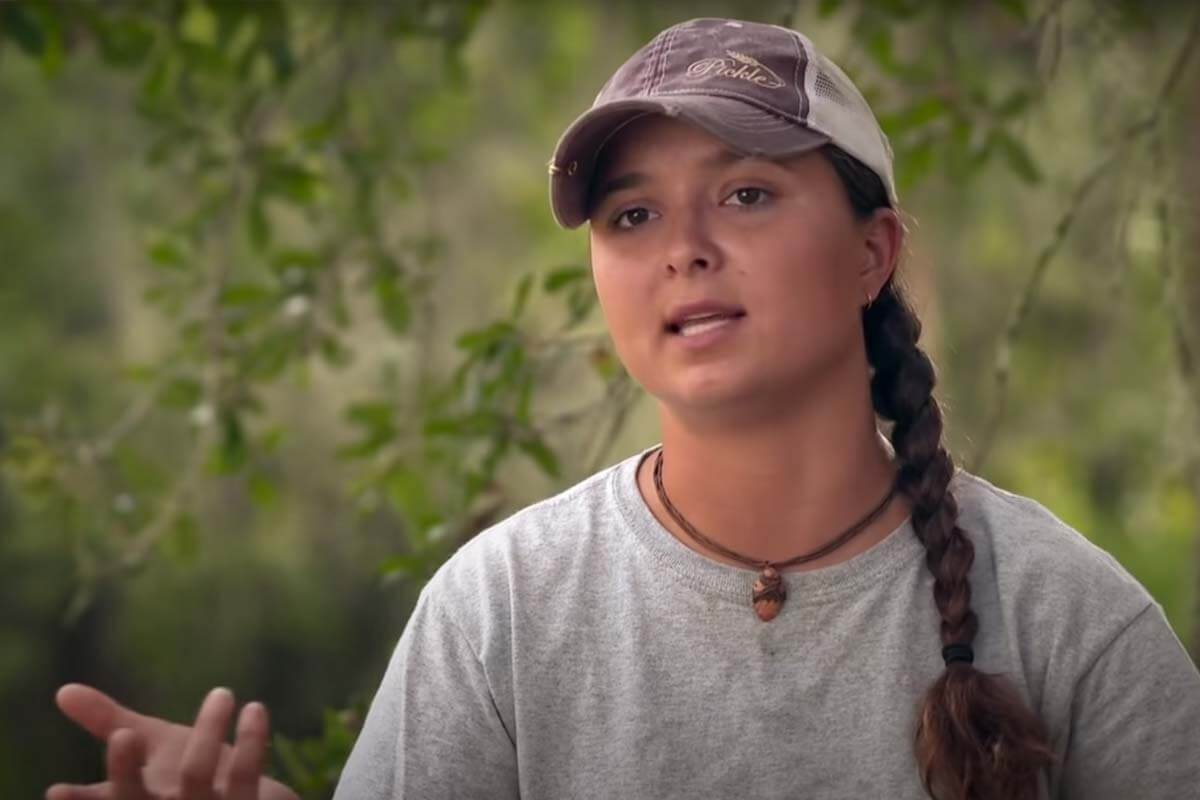 Alligator hunting, anyone? Fighting and catching alligators down in murky swamps may seem like an odd hobby, but it is an actual way of life for the 18th-century French-Canadian Louisianna natives keen on preserving their culture.

History Channel’s Swamp People is as shocking as it is entertaining. The show documents the lives of the original alligator hunters as they navigate the treacherous landscapes of Louisiana’s swamps.

A fan favorite is Pickle Wheat, who manages to engage the audience with her banter, tenacity, and incredible brevity as she, her family, and friends maneuver the unforgiving Atchafalaya Basin.

So, just who is Pickles on Swamp People? Read on for the low-down on her real name, age, and relationship with popular alligator hunter Troy Landry.

Who Is Pickles On Swamp People

Swamp People premiered in 2010, showcasing Loiusianna’s alligator hunting season, and many cast members have come and gone. One of the reality series’s most recent addition is Pickle Wheat, who joined the cast in the 12th season.

The tenacious young lady may be new to the series, but she isn’t a stranger to the art of alligator hunting. According to her biography on the History Channel website, her grandfather was one of the pioneers of the alligator hunting practice in their St. Bernad Parish community.

The bio adds that she has been hunting alongside her father, Eddie Wheat since she was young. Aside from the day-to-day activities of alligator hunters she is involved with, Pickle also helps her family business, making duck and turkey calls, an art passed on from generation to generation.

Pickle Wheat was born to Eddie and Missie Wheat on September 21, 1995, in Poydras, Pierre Part, Louisiana. She has a brother, James Wheat, an aspiring country singer. Pickles is among the few women and is the youngest cast member on Swamp People.

The avid hunter is fondly known as Pickle, but her real name is Cheyenne Nicole Wheat.

Is Pickle Related To Troy Landry?

Pickle has been posting Troy Landry on her Instagram quite a lot, something that has left fans wondering whether the two are related and about each one’s personal life.

Troy Landry is one of the most respected gator wranglers in the community and is much older than Pickle. So, if you thought they were dating, you’d be wrong. You’d also be wrong if you thought the two were related!

Troy and Pickle are just good friends and primal hunters, nothing more. Their hilarious banter tells you they like and respect each other very much and appreciate each other’s company.

In a recent Facebook post, Pickles wrote, “I cannot appreciate this man enough for treating me like one of his own and for everything he has taught me.”

Clearly, these two incredible gator hunters share a special bond, and we hope it stays that way.

Aside from sharing a strong passion for hunting, Troy and Pickle are close because Pickle was dating Troy’s son, Chase Landry.

At the start of season 12, it was clear that the two had something going romance-wise. Pickle and Chase, a fellow gator hunter, made things Facebook official in October 2020.

Chase has been on the show since season 3. He was previously married to Chelsea Kinney, with whom they share a son named Riley, but the two have since separated.

As we speak, Pickle’s social media page says she is single. The professional hunter also doesn’t post about Chase, which could signify that the two have split up.

We wish them both well with whatever is going on in their personal life!

How old is Pickle on Swamp People

A the time of writing, Pickle is 26 years old.