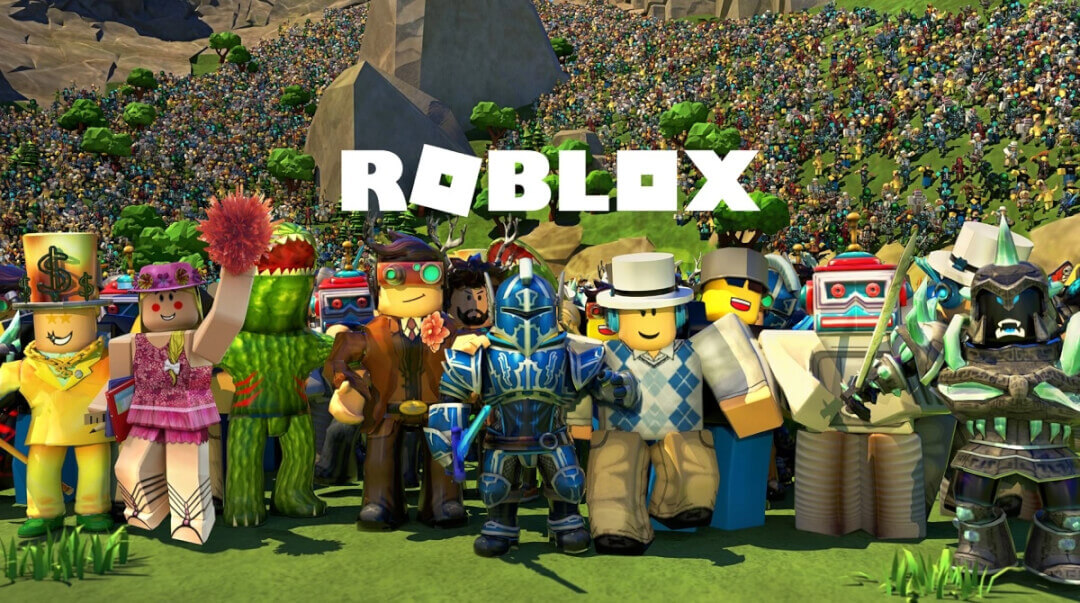 Does it feel like everyone but you knows what Roblox is? You are not alone. Unless you are below 16 years or are a gamer, you’ve probably only now caught up on the buzz around Roblox.

So what does the name Roblox actually mean? If you guess that it’s got something to do with tech and robots, you’re kind of right. Keep reading for all the details about this techy, funny-sounding word.

Roblox is an online gaming platform and storefront where anyone can play games and even create their own games. Although everyone, or at least every parent and ‘financial talking head,’ is talking about it, Roblox is not a new site. On the contrary, the makers launched this now popular game platform in 2006, and over the years, it has attracted millions of enthusiastic users. We’ll get into the details of how it works. For now…

Where Does the Name Roblox Come From?

Roblox is definitely a curious word. So, what does the name Roblox stand for? Who created the name?

Software developers and techies Erik Cassel and David Baszucki created and launched Roblox in 2004. Then, in its beta version, the platform was named DynaBlocks. Shortly after, the founders changed the site’s name to Roblox v.10, claiming that the original name was hard to remember.

In 2006, the website came out of its beta version, and it officially went by the name Roblox, a play on the words ‘robots’ and ‘blocks.’ So, in short, the word Robolox came from the gaming platform whose original name, DynaRobots, was hard to remember.

When was Roblox Released?

Roblox hit the public market on September 1, 2006, following a successful beta test that lasted close to two years. However, it was only until 2010 that the platform began turning heads and picking up a growing number of followers. Its userbase experienced a rapid growth from 35 active users to 150 million monthly players in just a few years.

Upon its release, the gaming platform was only available on PC. Today, users can access it via smartphone, tablet, Amazon devices, Oculus Rift, and Xbox, which is one reason for its massive growth.

How Does Roblox Work: What is Roblox For Beginners

There seems to be a lot of confusion as to what Roblox is and how it works. It is common to see misinformation claiming that Roblox is a game, and some people even go as far as warning parents that this ‘new game’ is dangerous for their kids.

Whether Roblox is dangerous is completely subjective. For now, we’ll focus on explaining how Roblox works, and you can decide for yourself all the other issues about the platform.

So, Roblox is an online gaming site where users sign up to play games that other users have created. In addition to playing other people’s games, you can design your own game and have others play it too.

The site avails many game development tools that make it possible for anyone to make a game on there. The tools are easy to learn, which explains why the site’s many users are young people looking for a fuss-free way to bring their game ideas to life. The games are based on the Lua scripting language, which is easier to learn than other programming languages.

Once you create the game, you can make it into a single-player game or an online multiplayer game, but many of the over 20 million games are multiplayer. This makes scaling easier and monetization possible.

When it comes to making games, the game developer’s imagination is the limit. Unsurprisingly, you will find a wide variety of online games, from shooter games, treasure hunts to role-playing and everything in between.

Is It Free To Get Started on Roblox?

Signing up and playing games on Roblox is free. That said, a user can buy a variety of game merchandise depending on the type of game you are playing at any given time.

To get started, you must provide an email address, username, and date of birth. After verifying your email, you can select and customize an avatar, which will be used as your identity on the platform.

You can build anything you can imagine using blocks and the Lua scripting language. This is where the concept behind Roblox comes- building games with nothing else but code and blocks.

Another interesting feature that has been instrumental in drawing the world’s attention to this once-little-known gaming platform is the virtual currency known as ROBUX. Kids on there can use ROBUX to buy and sell items on the site.

They can also buy and sell this virtual currency on the Roblox platform based on several qualifying criteria. And yes, the rumors are true; lots of kids have made a fortune monetizing their games.

Curious about Robux? Most people who are only now hearing about the gaming platform are far more interested in the virtual currency, more so now that the world is abuzz with all things cryptocurrency.

So, what’s the deal with Robux? Users can buy the virtual currency on the Roblox site through a program called Developer Exchange (DevEx). With the currency, you can make in-game purchases of merchandise that you fancy. The developer who made the game keeps some of the Robux while the rest goes to the company. Once the developer gathers enough Robux, she can cash it via the DevEx program for hard cash.

Why Has the Name Roblox Become So Popular?

As mentioned earlier, many folks outside of the gaming world had never heard of the name Roblox. We get it. For most of us, the name Roblox came about after the company went public in March 2021. Surprisingly, for such a little-known company, Roblox Corporation is worth quite a lot.

On the first day of going public, the opening reference price per share was $45, while the closing price was $69.50. Following the impressive IPO, the company’s market capitalization was in the area of $45 billion! This is almost three times the public price and value of more popular gaming companies such as Epic Games.

When you think about it, it unsurprising that the name Roblox is now on everyone’s tongue—it had a bang of an IPO, and what is even more interesting is that young people, who are making a lot of money, are the force behind the company.

Is Roblox Safe for Children?

There are usually two ways that most people come across the name Roblox: through negative media coverage and finance-related news. The financial hullabaloo about the company is mostly recent, coming from the very successful IPO that took place.

Negative media coverage about the platform has been ongoing for a couple of years now. Roblox’s main audience is minors. Understandably, many parents are concerned that their kids might be exposed to inappropriate content and people on these gaming platforms.

Active players interact with each other through personal messaging, in-game chats, and user forums to meet and befriend people. You can have up to 200 friends and an unlimited number of followers.

According to Roblox, whose mantra is “the best place to imagine with friends,” they do their best to provide a safe environment for the kids and teens who are the platform’s major users and to guard against adult content. According to Laura Higgins, a child-safety expert whom Roblox hired as the director for digital civility, safety is the company’s number one priority.

Higgins said, “We’re not defensive if things have ever gone wrong. We hold our hands up and say this is what we have done to fix it, and we will do this to make sure it doesn’t happen again.”

One of the steps the company has taken to make the platform safer is enabling and encouraging parental control and privacy settings so that kids can only access age-appropriate games.

That said, many have hailed the platform saying that it provides kids with a place to explore, play, create, and socialize in a self-directed way, leading to the creation of millions of games on there.

Others have said that Roblox Studio offers anyone the opportunity to develop their coding and development skills and build projects that will receive instant feedback.

Can you learn to code on Roblox?

The answer is yes. Roblox Studio allows anyone to start developing games right away. It also gives them the chance to see how their creations perform and gain valuable experience by playing those games.

Roblox Studio is free to use, but you must register before you can download any game or application.

Who was the first person on Roblox?

“Admin” was the first registered user on the platform and had been created in 2004 by David Baszucki as a test for the login process and place publishing.

Despite popular belief, the current “Admin” account is not the same as the one that joined in 2004 and it was never a real admin.