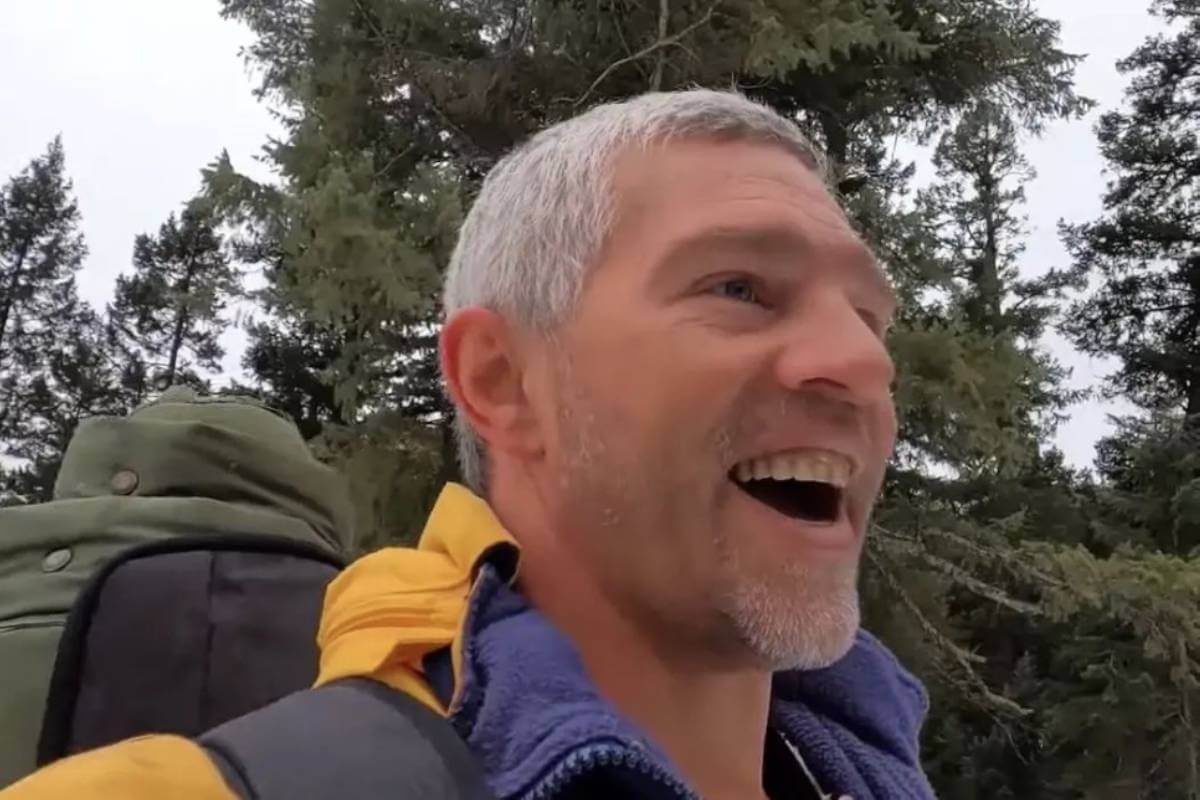 The drama, unconventional lifestyle, and the intimate shared moments… you just can’t get enough of the Brown family on Alaskan Bush People.

The popular Discovery Channel series follows the lives of patriarch and matriarch Billy and Ami brown and their seven children, who supposedly live off the grid on their North Star Ranch and go for months without seeing other people outside of their family.

The show took a dramatic turn in season 8 when Matt, the eldest of the siblings, suddenly stopped appearing alongside his family.

There had been all sorts of speculations about his whereabouts and personal life, with fans wondering just what happened to Matt. But, it wasn’t long before he came out to let his fans know what was happening.

Read on for insider details on what Matt Brown is doing now since leaving North Star Ranch featured on the Alaskan Bush People series.

What Is Matt Brown Doing Now?

Matt Brown has always been the black sheep of the family. He has been through everything from frequently fighting with his siblings and parents to battling alcohol addiction.

In 2016, the reality star checked himself into the Betty Ford Center for Addiction in California due to his alcohol abuse problem.

Talking to People Magazine, he said, “I didn’t want to tell them (his family) about my struggles. There was a shame for feeling weak but my family trusts each other and we do not keep secrets.”

“It took me a while to work up the courage to tell my parents. When I did, their support was unbelievable, and I instantly felt better and like this journey would be successful.

When the Browns moved from Alaska to Washington, Matt opted to stay back in California, where he continued his recovery journey.  Production of the Alaskan Bush People continued despite these changes to the family dynamics.

Speaking of his son’s departure, the now deceased Billy Brown lamented, “We miss him terribly. But it is better to lose him from home for a while than to lose him forever.”

To add to his substance abuse issues, two women accused Matt of sexually abusing them in a swimming pool.  This was the final stroke, and the distance grew between the eldest of the Browns and the rest of the family.

In an Instagram video he shared during his early days of rehabilitation at Betty Ford, Matt claimed that the Discovery Channel production team and his parents were responsible for his drug addiction because they supplied the drugs.

These accusations add fuel to the fire, and it seemed like Discovery completely cut off Matt from the show with no chance of him returning

One thing is for sure: Matt has a major substance abuse problem, which is why he is estranged from his family. After his 2016 stint at Betty Ford, he returned to a facility for alcohol abuse in 2018, but this time, he seems to be committed to staying sober.

In a 2021 Instagram post,  he shared a picture of himself smiling and holding up the sobriety chip, revealing that he had been 1 year sober.

Although Matt’s family has been supportive and fans have hoped for a reunion for years, the truth is the eldest of the Brown doesn’t seem keen on making amends with his family.

Bear Brown, Matt’s kid brother, revealed, “I do not see him much these days. I hope he finds the peace he is looking for in his life, though.”

Unfortunately, Matt’s dad Billy Brown passed away after a seizure attack. In one of his Instagram posts, Matt revealed that even though he hadn’t been on good terms with his family, he is glad he had reconciled with his father before his passing.

But, while the rest of the family was filmed mourning their patriarch and paying their last respect, Matt was nowhere to be found during this important celebration. This just goes to show the level of estrangement between him and his family.

What Does Matt Do For A Living?

Well, despite being very active on social media, Matt Brown doesn’t quite reveal what he does for a living.

The most we know is that he lives on a farm and his daily routine consists of waking up, making his bed, eating, and relaxing. He probably works on the farm and earns his living this way.

In April 2021, the reality TV star posted a video on his Instagram where he alleged that he doesn’t have any money and hardly has anything to eat despite all the money his family made from the show.

“We made a lot of money from the show but because my dad controlled everything, he got all the money. I don’t have any money or anything. My dad kept it all.”

He went on to say that his family took away $300,000 that was to go to him for his participation in the show. But, he no longer harbors negative feelings.

Matt, who had been several months clean, maintained that Discovery Channel’s production team enabled his drug addiction by supplying cocaine to him and his family. Discovery is yet to respond to these claims.

Fans were further surprised by Matt’s insinuations that the Alaskan Bush People series was choreographed and gave a false perception of the family. He claimed that the show falsely portrayed them as living completely off-the-grid, yet the truth is the family occasionally uses electricity and has a generator and a television.

Matt has continuously claimed that this lie about the show’s authenticity and his lonely lifestyle thereafter fuelled his addiction issues.

So, for those who were curious about what Matt Brown is doing, now you know that he lives (and probably works) on a farm in Loomis, California. The TV star is largely estranged form his family but we wish him the best as he continues to do his thing.