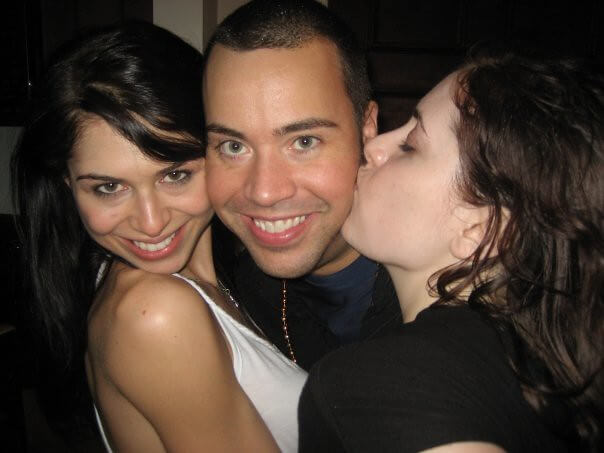 Self-improvement is an evergreen niche across the planet. People of all walks of life are always looking to live more prosperous, more fulfilling lives.

We all strive to have meaningful and peaceful relationships with our spouses, kids, siblings, friends, and colleagues. We want to manage time well, so we make the most of it. We hope to be richer, happy, and content.

Frankly, many people know they want these things but don’t know how to get them.

This is where coaching comes in. The founders of the massively popular podcast, Art of Charm, exist to improve its listeners’ lives.

For 12 years (and counting), listeners have been treated to engaging and inspiring personal motivation content, among other topics. The podcast is one of the most popular out there. Regrettably, it has gone through some storms in the last two years.

What is the Art of Charm?

Podcasts were not trendy back in 2008 (so were YouTube videos, anyway). The thought of talking on a mic and convincing people to download the content and then making money out of it was not known to many. However, one guy by the name of Jordan Harbinger was already steps ahead of everyone.

The law graduate from the University of Michigan found out he had coaching talent during his college days. He would coach his mates on how to network and date in law school.

Jordan enlisted his friend’s help and co-host AJ Harbinger (he is not related to him), and they both launched The PickUp Podcast.

After graduating from law school, Jordan moved to New York and launched a second podcast, The Art of Charm and AJ.

The two founders branded themselves as coaches on various self-improvement topics, including understanding human dynamics and achieving the best version of yourself, relationships, and more.

They delve deep into human dynamics, specifically how people do certain things and why they do them. The content created is relatable, encouraging, and engaging.

Besides speaking to ordinary people, The Art of Charm also teaches military individuals how to perform better, have better relationships with their spouses, and live joy-filled lives.

The Art of Charm caught fire in record time. People were downloading the podcasts like their life depended on it.

The co-hosts later moved to Los Angeles to have more impact, where they would organize week-long boot camps and phone coaching sessions. The podcasts started interviewing celebrities and other world-changers in different professions.

From 2008-2018, The Art of Charm belonged to its founders, Jordan Harbinger and AJ Harbinger.

However, things started going in a direction Jordan didn’t like very much. According to him, the podcast started becoming more about making money rather than touching people’s lives.

He tried to speak to his partner about the unsettling turn of events. The two didn’t reach an amicable agreement and decided to part ways.

Going by the agreement the two had signed, Jordan was to exist in peace with his brand. However, the experienced coach was pushed out of the business. When he woke up one day, he had no company, no brand, and no income.

All the work he’d done on The Art of Charm for over a decade had gone down the drain. To make matters worse, his co-star had even picked Jordan’s last name (Harbinger) without his knowledge.

AJ did this purely for business reasons. He knew that telling his listeners he was related to Jordan would allow him to keep them around for longer.

This is because the latter show is now bigger and better than the former. Most of The Art of Charm listeners followed him. Lucky for him, he had established himself as an intelligent guy that understands and speaks about other topics besides male-female relations.

Described as Apple’s Best of 2018, The Jordan Harbinger Show is a worldwide success. The podcasts focus on deep conversations with the crème de la cream in the industry.

Jordan interviews different guests and unpacks their wisdom into practical tips to improve their audiences’ relationships, work, and life in general.

From leading names in the world of art to famous entertainers to athletes to scientists, the podcast never runs short of fascinating guests. Within two years, The Jordan Harbinger Show has enjoyed way more downloads (250,000 per episode as of 2020) than The Art of Charm, which AJ and Johnny Dzubak now host.

Harbinger beliefs that there are learnable, teachable skills in every human, whether it’s a soft skill like negotiation or a technical skill like teaching.

Playing into social dynamics, they are essential to forming relationships with other humans in business and personal life. Applied correctly, those skills can often lead to personal transformation.

The Art of Charm is no longer what it used to be. Granted, the co-hosts try to churn good content, but it is clear who is winning here. Jordan made the show, and without him, sky-high success may not be in the works for it.

It serves AJ just right if he indeed fired his partner and stole his name from him (karma at its best!).