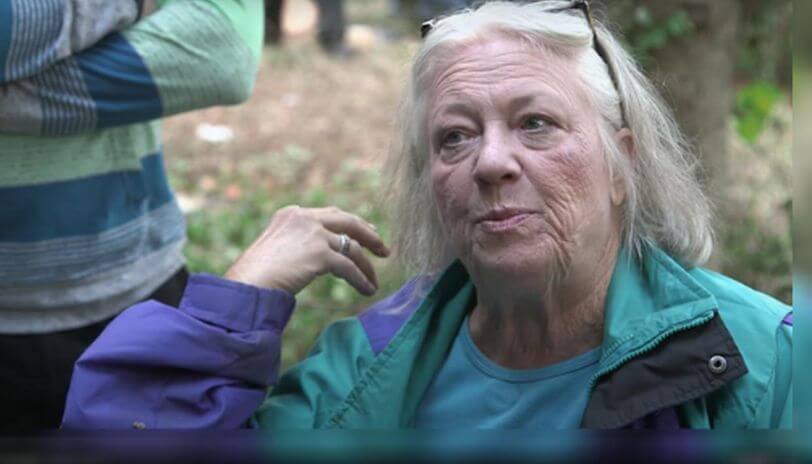 While all episodes of the Hoarders brought to light the reality of hoarding things, the 2017 season featuring Sandra Cowart was truly exceptional. More than 1.2 million stayed glued to their screens as crews made their way to the Julian Price Mansion to clean it out. Sandra, a native from Greensboro, North Carolina, had cluttered her 31-room, 4-story mansion with nothing but junk collected from anywhere and everywhere.

Every kind of paraphernalia you can think of was found in her house. Cowart even had pieces of furniture she collected randomly while walking on the streets. The Mansion was so full that the reality star lived in her car. Yes, it was that bad.

Besides airing the original episode in 2017, A&E has shown the same re-runs over the last couple of years. Fans just can’t get over how bad hoarding got for Sandra. For one, she was such a difficult client to work with. She argued with everyone and blamed all (but herself) for her troubles.

At one point, the designer turned hoarder even accused the A&E network of taking advantage of her. According to Sandra, she didn’t get all the profits of the yard sale of her belongings.

Additionally, the network didn’t deliver the goods she’d requested to the place of her choice. In the end, Sandra was forcefully evicted (the police had to be involved for this) out of her home of four-decades.

Currently, Michael and Eric Fuko-Rizzo own the mansion. They bought it and renovated it, and it is now as stunning as it should be.

Where Did Sandra Cowart Go?

If you watched the original episode or any re-runs, you know that getting Sandra out of the mansion was a real battle. Even after the Fuko-Rizzos purchased the Cowart house, she declined to leave.

They actually let her stay for six months as she organized for actioning and getting her stuff moved. In the episode, Sandra herself said that by 4th October 2016, she would be out of the mansion with her stuff.

However, the new owners confirmed that she had not moved her stuff long after her deadline. When the network reached out to her, she asked for her things to be transported to a particular location. Her request was denied, with the crew claiming that they were not movers.

Getting rid of items hoarded for over 50 years wasn’t going to be easy.

Finally, Sandra decided to live with her friends around the Greenboro area (after a painful eviction). Before the bank sold the Cowart house, Sandra commented that she was blessed to have stayed in the Mansion for 40 years. “If the house had been sold 35 years ago, it would have confounded me. I have not had anything in the house changed… four decades, it has been such a privilege.” She said.

The Julian Price mansion is a beautiful Tudor-style home, built in 1929. It was designed by the late Charles Hartmann—a renowned New-York based architect. Understandably, Sandra had such a hard time letting it go.

What Happened To Sandra?

Long before her hoarding behavior took root, Sandra Cowart was your average person on the treadmill of life. She was actually a successful interior designer with her own design company, Cowart Designs, which opened in 1975.

Things took a toll when she separated from her husband. Moving on from the separation made her an extreme hoarder, according to her brother Earl.

He had this to say, “Soon after Sandra separated from her husband, she started to hoard things. She actually quit her business and began collecting random stuff. As the hoarding got intense, she stopped paying her business bills as she spent most of her cash to collect stuff.”

From the show, fans got to learn that Sandra even stopped paying for her house. Expectedly, the bank seized it, claiming the owner hadn’t made payments for over 67 months. The beauty filed a case against the Bank of America, stating that she was grinding 18 hours a day to pay for the house.

She tried to rent some parts of the house to pay for it, but things didn’t really pick up. Eventually, the bank sold the house.

The couple, Michael and Eric, managed to buy the mansion for $415,000. After two years of intense renovations, they were satisfied with the house and recently moved in with their kids.

At first, the Fuko-Rizzos were renting some of the rooms to strangers, but they have since said they plan to convert the mansion into bed and breakfast.

Hoarders filmed a post-therapy episode of the mansion to help hoarding addicts heal from their problems. However, it is unknown whether or not Sandra was a part of the post-show.

Sandra Cowart is one special hoarder. To think that one can have so much stuff to fill a 31-room mansion is absurd. Yet, she is living proof that such people exist. Wherever she is, we sure hope she learned her lesson.