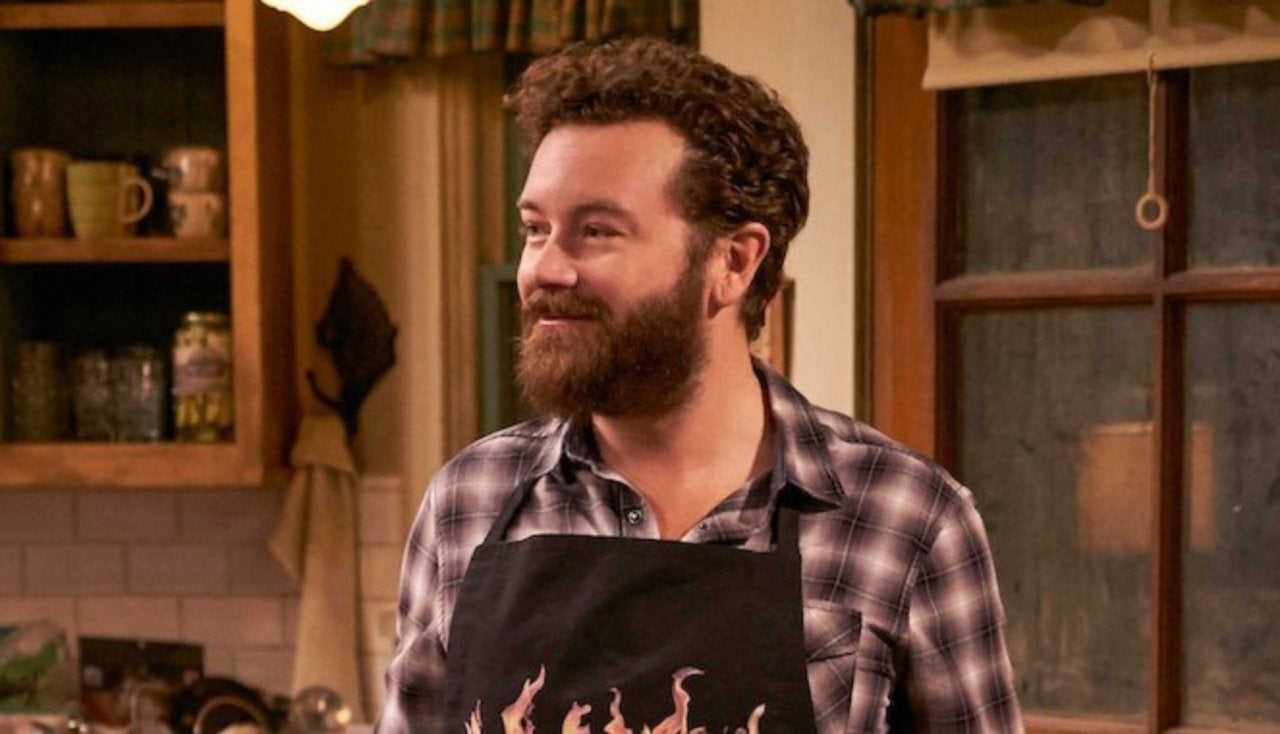 The Ranch’s Part 5 (aka season 3) ended with huge suspense. Rooster (Danny Masterson), Colt’s brother, receives a death threat from Nick and decides to leave. When the TV show comes back for part 6, the actor is presumed dead after the authorities found his motorcycle at the bottom of a cliff. Turns out he sped and went over the rail.

Colt (Ashton Kutcher), who is in absolute denial, is convinced that his brother faked his own death to avoid Nick’s threats towards his family. He goes ahead and tracks Rooster’s credit card which leads him to a motel.

Sadly, the owner claims that Rooster hasn’t really been seen at the hotel. Soon after, the authorities tell Maggie and Beau that they’ve uncovered Rooster’s remains, after which they accept the fate and start planning a memorial service. Although Colt is still in shock, he eulogizes his brother at the memorial service.

But what really happened to Rooster?

Danny Masterson was apparently thrown under the bus by Netflix in the wake of sexual charges by four different women. Among the plaintiffs included Danny’s ex-girlfriend, Chrissie Bixler (former model), Marie Bobette Riales, and two other unnamed women. The women accused the actor of assault, rape, and domestic violence during the periods they were romantically involved with him.

One of the accusers apparently filed a report in 2004 about a 2003 incident that was not followed through. After three women coming forward with further allegations against the celebrity, the LAPD was forced to open an investigation on Danny. One of the women actually claimed that she was dragged and raped after passing out. The case is at the district attorney’s attention but no action has been taken to date.

In addition to the LAPD investigation, there was another accusation leveled on Masterson and the Church of Scientology’s leader David Miscavige for letting the actor abuse many women for years. Danny just so happens to be a member of the religious sect alongside other A-listers such as Laura Prepon, Erika Christensen, And Jenna Elfman.

After being fired in December 2017, Masterson released a statement saying;

“I am disappointed in the decision of Netflix to let me go. I have never faced any criminal charge, leave alone being convicted of one. In our country, one is believed to be innocent until proven otherwise. However, going by the current climate, it looks like you are guilty as soon as you are accused. I understand and hope to clear my name.”

The show’s creators and producers didn’t have much to say about the decision to cut Rooster out of the show as it is Netflix who made the decision. What angered his fans is the fact that the allegations were just that—allegations. The star was simply dropped before being proven guilty.

During the last scene of part 5, Rooster Bennett goes back to his cabin to find Mary’s con ex Nick waiting for him. As soon as Rooster opens the door, Nick asks him if he was with Mary the night before.

In reply, Rooster jokingly tells him the lass might be sleeping with Colt (Rooster’s brother). Nick, who is clearly in no mood for jokes, threatens to kill him. Thankfully, Colt arrives at the cabin at the perfect time to ease the tension. Nick then leaves the cabin and heads out.

Rooster immediately calls Heather and asks her to warn her mother about Nick. He then goes to the bar to see Mary who informs him that she’s broken up with Nick. Rooster also invites her to Wrestle Mania and later makes his way back to his cabin to find the same guy, Nick seated at his couch.

This time around, Nick throws him a bag with his belongings and asks him to leave town or get killed. As usual, Rooster doesn’t cave in easily and actually threatens to kick Nick’s teeth. At this point, Nick pulls a gun and points at Rooster telling him he will wipe out his entire family if he doesn’t leave. Rooster finally bows, picks up the bag and leaves.

The return of Rooster

The Ranch Part 8 surprised fans when the producers brought Rooster back (or rather his ghost) on the show. In the third episode when Colt goes through a near-death experience on the Peterson Property, his inner voice speaks to him when he is losing consciousness.

At first, Colt thinks the voice is Siri’s but it turns out it is actually Rooster who’s come all the way from heaven to save him. The two brothers have a moment together before he’s rushed to the emergency room by both Abby and Rooster. While Rooster is not technically back on the show, fans appreciated seeing Abby and him acting alongside each other again.

Watching the Ranch without Rooster is heartbreaking. He made the show fun and deeply entertaining. To make the matters worse, he was fired before proven guilty. Fortunately, the actor has made appearances on the show albeit in a smaller scheme.