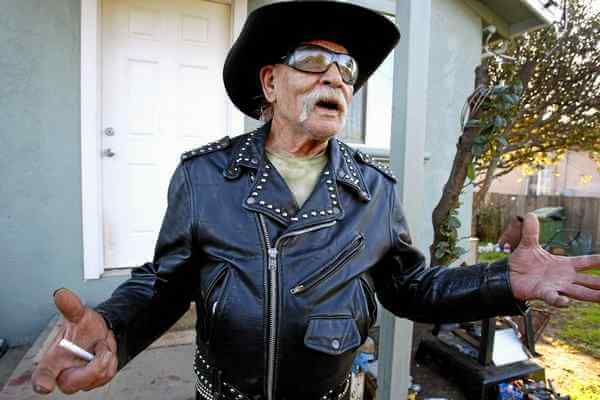 Ritchie Valens, born Richard Stevens Valenzuela, will go down in history as one of the most talented rock n’ roll musicians of his generation.

A member of the Chicano rock movement, Ritchie’s short-lived music career led him to release hit songs, La Bamba, Donnie, and Come On, Let’s Go. Just when rock n roll was at its peak in the American entertainment industry, the rock star’s life was tragically ended.

One Tragic Event to End It All

Ritchie, who was a native of San Fernando Valley in Los Angeles, hopped on a plane from an airport in Mason City, Iowa on February 3, 1959.

He was accompanied by other big-name artists such as J.P. Richardson and Buddy Holly, as well as pilot Robert Peterson but they never made it to their destination.

They were all involved in a tragic plane crash that claimed their lives. The date is huge in the music world as it was referred to as “The Day the Music Died,” thanks to McLean’s immortalization of the day in his song, “American Pie.”

Following the early death of Ritchie, his family was torn into pieces. His older brother Bob ‘Morales’ Valens (who was 21 at the time), with whom he grew up with, went to school with at San Fernando High School, and shared a tight bond, led a crazy life after his death.

He has given several interviews over the years about the ordeal. He admits that when Ritchie passed away, he got angry at the world.

“I got mad and began drinking heavily. I would drink all day long and then tear the house apart. I also started abusing my girlfriend, Rosie.” He told Lowrider Magazine in 2015.

Bob, his mom, and his siblings managed to move on after the death of Ritchie. As for him, his struggles with alcoholism landed in one detox center after another.

Despite the madness, Bob Morales actually went on to become a star after being portrayed by Esai Morales in the biopic film La Bamba.

From the movie, fans learned that in real life, Bob was this rugged man with a love for motorbikes and leather jackets. He sported a Mohawk for the better part of his gritty life.

Today, let’s take a look at Bob Valens’ life and what became of him.

After struggling with prostate cancer for several years, Bob Morales succumbed on September 18, 2018, at the age of 81. The star passed away peacefully in his home at around 9 PM with his sweetheart Joanie lying next to him. Esai Morales went ahead and posted on his Facebook account to give a tribute to the legend.

“Farewell, my brother. You accorded me a lot to work with and be thankful for.” The actor included a photo of Bob’s muse adorning a Mohawk and standing beside a motorcycle – symbolic of Bob’s gritty life.

Bob had been fighting prostate cancer for more than ten years before his demise. When Lowrider sat down with him for an interview, the tenacious star said that he’d gone through 42 radiotherapies within a period of 42 days.

Doing the treatments had thrown him into depression, but he’d managed to pull through. The then 75-year old was hopeful that he would make it saying the test had shown that most of his cancer cells had been killed.

However, three years later, he succumbed to his illness and was buried at the San Fernando Mission Cemetery where his mother Connie Reyes and brother Ritchie were also laid to rest.

What Happened To Bob Morales and Rosie?

Bob Morales and his then girlfriend broke up and went separate ways, and since then not much is known about what became of Rosie. Bob, on the other hand, went on to create a big happy family of 8 children and his wife, Joanie.

He met Joanie when he took up a job as a substance abuse counselor at a rehabilitation center in California back in 1962. Joanie had admitted her ex-husband at the facility.

Upon meeting, Joanie invited Bob many times to visit her, to which he declined. Eventually, the two hit it off, and the couple got married on February 24, 1979 at the addiction-treatment center at Janus of Santa Cruz. Five years later, a daughter had been borne from their union.

Bob and Joanie went on to have seven more kids. As you might have guessed, the relationship was quite rocky for the most part. After his demise, his wife Joanie had this to say: “Bob was a benefit-of-the-doubt kind of a person.

His pants had holes on both of his knees. His hair looked crazy (he sported the Mohawk till his death bed). He looked really creepy, but he was charming. His spirit was unique. We were truly blessed to have him for all those years we did.”

His daughter Bly Morales also claimed that her father wasn’t the best for the most part, but he was real.

“He made us go through some serious crap, but we esteemed that man a lot. We adored him. He was as real as they come. He never once lied to us. He always insisted that the truth didn’t have an explanation.”

Bly also went on to say that her daddy’s unusual dress code always turned heads everywhere he went. According to her, people would stop Bob to tell him they loved his hat, leather jacket, or shoes.

Bob Morales might have left the planet, but his spirit sure lives on. Unlike his brother, Ritchie, who met his death at an early age, Bob enjoyed a long life. Although most of it was lost in alcohol and drug abuse, he lived a rich life. Bob rode his bike without a license for his final 25 years. He lived long to see all his kids and 30 of his grandkids. That’s a full life for sure.