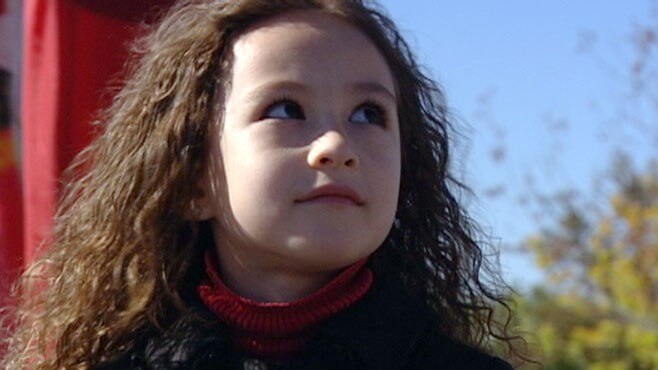 In 2009 a six-year-old girl called Rhema Marvanne took the internet by storm with her angelic voice. She had an amazing singing voice for a young girl of her age.

It wasn’t just that she was extremely skilled. Her voice could mend a broken heart and holding back the tears was impossible for anyone who listened.

She went viral as soon as her father started uploading her videos. Due to her incredible talent, she wasn’t just a famous singer in the U.S., but became a global phenomenon.

People from all over the world wanted her to come to sing at their talent shows because of her incredible vocal range. For three years, you couldn’t escape her powerful voice on Youtube or Facebook, but then without warning, she just vanished from the public eye. What happened?

Tragic Loss At An Early Age

Rhema was born on 15 September 2002 to Wendi Marvanne and Atethan Voraritskul (more commonly known as Teton). She was born at Trinity Hospital in Texas to devout-Christian parents.

At the time of her birth, she only weighed 2.1 kg. She had to be kept in the intensive care unit for three weeks just for observation.

She was an only child and was very attached to her mother. When Rhema was three years old, Wendi was diagnosed with ovarian cancer.

Her parents decided not to hide her mother’s illness from the little child. She regularly visited her at the hospital and even used to keep praying while holding her hand. She saw the pain her mother endured in chemotherapy, and that only made her faith stronger.

Sadly on 8 November in 2008, Wendi left the world in the presence of her husband and her daughter. They both saw her take her last breath. Rhema was just six at the time, but this experience matured her beyond her age.

After her mother’s passing, her father put her in singing classes to become a trained singer. Wendi herself was a singer/songwriter, and her favorite music was Gospel. Teton wanted Rhema to grow up while having a connection with her mother.

This was her way of honoring her mother and pick up where she left off. She was proud to be a Gospel singer and believed that music has the power to connect with people.

The Rise Of The Gospel Singer

When Rhema was six, her father started uploading her videos of her performance on YouTube. He did that to share her beautiful voice with his friends and family.

Little did he know that this would launch her career and and make her a famous singer at such a young age.

She recorded her first song at the age of seven. The song was “Amazing Grace” it was her mother’s favorite song. Ethan put up behind-the-scene footage of the song’s recording where Rhema can be seen effortlessly hitting those high notes.

In an interview, she revealed she chose this song to be her first because this was her mother’s song. Also, she felt this song truly suited her as her mother was amazing and graceful.

As soon as the video was posted, it went viral. Fans started demanding more of her songs. Her covers became a part of many people’s Christmas playlist. The media also took notice of her powerful voice, and soon Rhema started getting calls from all the major reality shows.

This was a time when talent used to get highlighted, and the worst pop singer wasn’t given an award.

Her first public appearance was on Maury Povich Show Most Talented Kids 2010. This only fueled public interest in her voice, and she became known as “The Mesmerizing Gospel Singer.”

She started getting offers from around the world, which resulted in her singing on the Korean singing reality show “Star King.”

For the next two years, she got invited everywhere to sing, be it celebrations or traditional gatherings. The crowd couldn’t get enough of her blissful singing. She was just as good in real life as she was in the videos. Even an extreme range was a comfortable range for her.

She performed at the Nashville Symphony and vowed everyone. Her next talk show appearance was on The Today Show, where the hosts couldn’t stop admiring her.

She made everyone cry with her powerful yet emotional performance for the victims of the Fort Hood shooting at their memorial service.

It was already easy to spot that she was a prodigy.

What people loved about her was she sang in praise of the Lord, and any depressed person could rejoice only by hearing her voice. Her father produced two albums for her gospel music, where she fully captured the spirit of Christianity. For one album, they covered songs Christmas songs.

Her fans were excited to see what her future would hold; they expected more albums and covers when they learned the shocking news.

In 2012 Rhema uploaded her last singing video. It was a cover of Celine Dion’s “My Heart Will Go On.” After this, she completely disappeared from the limelight, never to be heard of again.

Rhema was a famous singer, but she didn’t release any statement before bidding farewell to her singing career. For years fans couldn’t understand why she left so abruptly. After some years passed, wild conspiracy theories started circulating the internet.

Some guessed that she must have lost her singing voice when puberty struck, while some said the pressure of fame got to her, and she became a depressed person.

While all the theories were being thrown around, nothing produced a valid answer.

Until someone started digging deep and found out that her father’s run-ins with the law could have been the reason behind her singing career’s prompt ending.

Her father was the driving force behind her career. Until 2012, when people discovered that Teton had been arrested multiple times. The long list of charges against him ranged from sexual assault to DUIs.

His behavior even got so problematic that he lost custody of his only daughter.

CPS Children’s Court Of Dallas County gave custody to her uncle and aunt, with whom she is believed to be living now. After they got her, they pulled her from the public eye and gave her a normal childhood, the one she was being deprived of earlier.

They even changed her name to get her into school without anybody getting a whiff of her being that famous singer.

She was hardly ten years old at that time, and her family wanted her to have a fresh start.

Where is Rhema Marvanne Now

Even in 2021, after a decade has been passed, her fans are still searching for Rhema Marvanne.

She was completely M.I.A for about eight whole years after releasing her last video. In September 2020, after a long hiatus, she gave her fans some updates on her real-life situation. She uploaded a recent photo of herself and thanked her fans for their ongoing loyalty.

Although she didn’t disclose the exact reason for her leaving the spotlight, she did say that things got crazy for her, and she had to disappear.

She said a lot of things have changed for her, but she is still a devoted Christian.

In her one recent post, she even disclosed that her father used to put words in her mouth, which she would repeat, and people would get awestruck by her “emotional intelligence.”

When her followers asked if she would ever return to singing, she replied by not giving a very promising answer. She hinted at her career being extremely controlled when she was a child, so now she values that freedom over anything else.

She still likes to sing as it makes her feel closer to her mother, but now she does that in private only.

Despite everything that’s been said about her, she will be remembered for her incredible voice. We hope that one day, we will all get to hear it again.