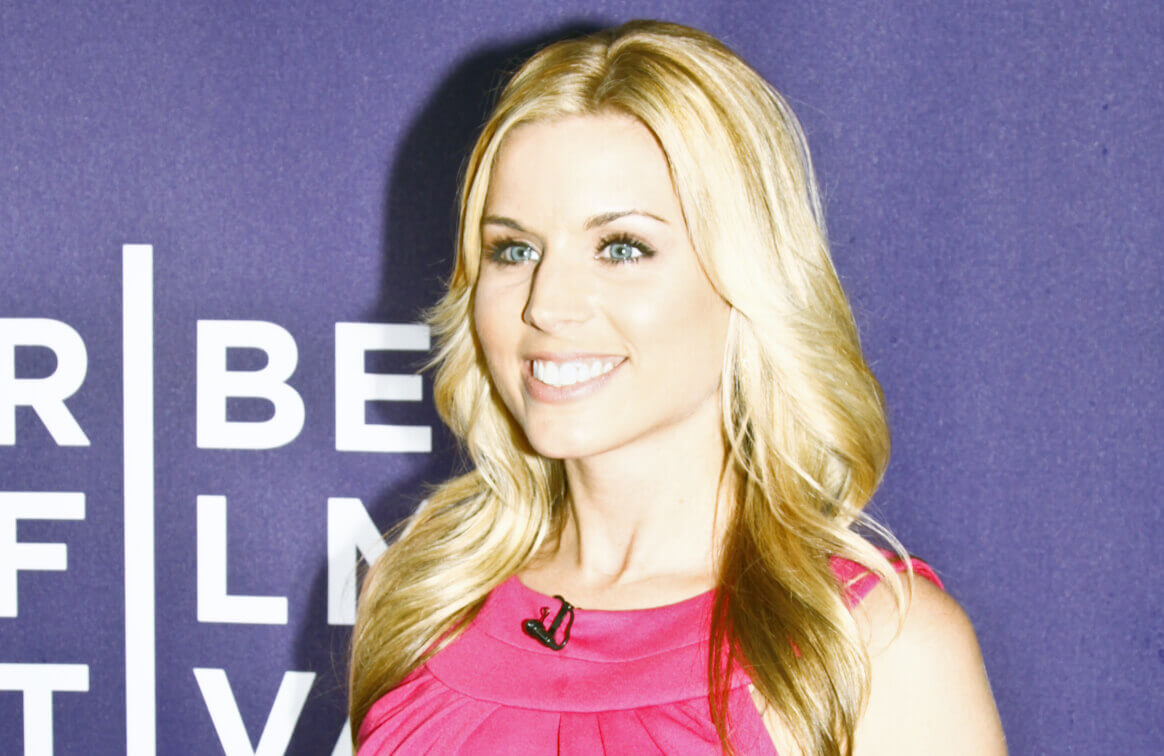 Jimmy Fallon, Ellen De Generes, James Corden, MariaSansone… what do these names have in common? Well, these are some of the biggest TV hosts in the world of entertainment. Whether it is interviewing celebrities, reading news, or just making you laugh, these individuals have mastered it all.

As the former co-host of KTTV’s Good Day LA and WNBC 4 New York, Maria Sansone has a way with words. Her personality is super relatable. She always has a winning smile. We have seen her dance with the leading names in Hollywood, take part in stupid challenges on set, and keep a straight face when asking her guests some of the most challenging questions.

There’s no doubt that the Emmy-award winning TV host has the talent, expertise, and experience when it comes to hosting and reporting.

After hosting Good Day LA for a couple of years in 2017, Sansone left the network. What really went down?

Maria Sansone is confident on camera. When you watch her read breaking news or interview her guests, it is evident that she owns her world and knows what she’s doing. Well, anyone who has the kind of resume she has should be able to do what she does.

Born Maria Grace Sansone on February 26, 1981, Maria has been in front of the camera since her pre-teen years. At only 11 years old, the talented TV host was already in the game.

The host was discovered by WJET- TV’s Mike Gallagher after she won a slam-dunk contest in her school. The reporter gave her the opportunity of showcasing her newscast skills on a children’s sports program known as “Down to Size,” which was aired on WJET-TV. She did so well that other opportunities soon followed.

One such opportunity came in the form of Wide World Sports for Kids – an ABC’s sports segment that was specifically created to showcase the then teenager’s hosting prowess.

She earned the title of “The Youngest Reporter in the History of Network Television” during her time on ABC. The acclaimed TV host was also a live reporter for the Little League World Series for several seasons.

Before age 13, the TV host had already interviewed some big names in the showbiz industry, including Tommy Lasorda (baseball legend), Bill Cowher, Buffalo Hill’s Jim Kelly, and the coach of Pittsburg Steelers.

After doing the above roles, Sansone joined Syracuse University’s SI.

Newhouse School, where she majored in broadcasting and political science.

Within her junior year, she co-hosted Live with Regis and Kelly alongside the famous Regis Philbin. This was a huge deal for her. Sansone again crushed it, keeping her cool despite the pressure and expectations that came with

Before graduating, she had a job as MTVU’s host already. This is where her adult audience grew tremendously. When she joined WNBC 4 New York, she was already a household name, and you bet she didn’t disappoint her fans.

What Happened To Maria?

Sansone joined KTTV in 2012 as Good Day LA’s co-host. She co-hosted the morning show live for 20 hours per week and would swing between reading breaking news and interviewing guests. After working for the network for a solid five years, she was let go alongside her colleague, Lisa Breckenridge.

As you might have guessed, the network didn’t give any reason for their action. However, some rumors claimed that the outfit was restructuring and gave up the two talented hosts.

Sansone succeeded Dorothy Lucey, who happened to be one of the show’s original co-hosts and whose contract hadn’t been renewed. The network took a four-month period to try out different reporters, and Sansone obviously made the cut.

She co-hosted the 7-10 Am morning news alongside Steve Edwards, who has since been let go as well. His firing was quite abrupt, and it came after he’d worked for KTTV for two decades.

Where Is She Now?

After Maria’s co-hosting job at Fox 11, fans haven’t seen much of her on TV. No one knows for sure what she’s up to these days. Here’s what we know, though: the television personality is a wife and a mother of two.

The beauty tied knots with her now-husband, Joshua Guthartz, in 2008, and they have been together since.

Their union has borne two children, Grace and Benjamin. The family resides in Boson, Massachusetts, alongside their dog Ralphie.

Maria Sansone is a household name in the world of journalism. Thanks to being on TV for 28 years, she has mastered the art. The TV personality can host a cooking show, dance with guests, read sports news, surf with Hollywood’s big names; you name it. Despite her disappearance from our screens, there’s a high likelihood that we’ll be seeing her very soon.