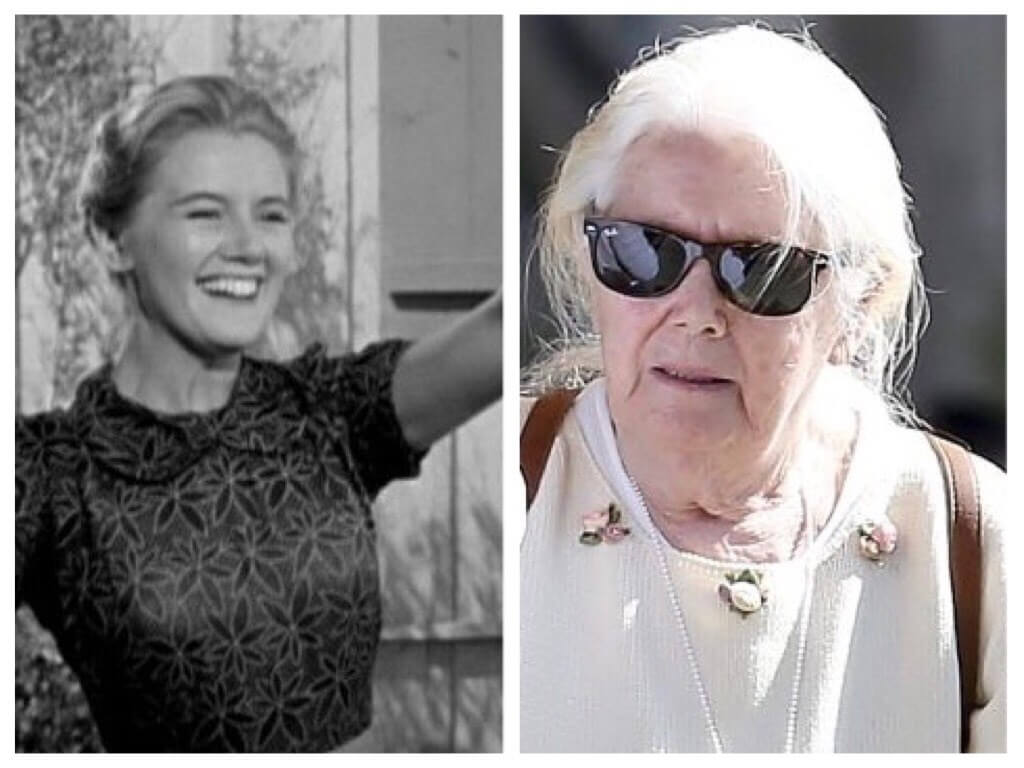 It’s been over almost 60 years since the last episode of The Real McCoys aired. You don’t have to be ancient to have fallen with the classic comedy show. It was funny, unique, and truly remarkable. Despite American TV having countless comedy series in the late 50s and early 60s, it was The Real McCoys that really dominated the airwaves.

The series, broadcast by ABC-TV for the first five seasons and CBS for the final season, was set in an urban-rural setting. That alone made it edgy, as many other shows at the time were filmed in cities. The entire McCoy family starting with Grandpa to Little Luke, always brought massive entertainment to the screen.

Sixty years later, fans of the American comedy can’t stop wondering what happened to some of the show’s cast members. Anyone that watched the show from the beginning to the end knows that the sixth and last season had around three main actors missing.

One of them was Kate (played by Kathleen Nolan), who happened to be Luke McCoy’s (played by Richard Crenna) wife. Throughout the first five seasons, Kate treated fans to her charm, beauty, and wit. When she left, many missed her appearance on the show. Rumor has it that her exit alongside that of the other two leading cast members ultimately led to the show’s end.

That is a subject for debate. But what really happened to Kate?

The Real McCoys producers killed off Kathleen’s character before the last season aired. Although she was seldom seen in most episodes of season 5, Kate would make appearances here and there.

Apparently, the actress got into a bad accident while filming one of the sitcom’s episodes on February 3rd of 1961, when she fell from a horse and badly hurt herself.

The injury was so bad that the beauty had to be in and out of the hospital. As a result, she missed a total of four months of work. Considering the sitcom filmed 39 episodes at one time, that was a lot of missed time.

Eventually, Kate left the series before the last season was filmed. No one is certain if the A-lister left on her own accord or if the network let her go. The truth of the matter is the horse accident had a lot to do with her departure from the McCoys.

Was Kate Successful In Hollywood?

You will be delighted to know that Kathleen Nolan, who is 87 years old, went on to have a very successful acting career after her work on The Real McCoys. Her role on the comedy show earned her an Emmy award in the Best Supporting Actress category.

Nolan also made frequent appearances on McHale’s Navy. She was so successful with the role that she got her very own spin-off series, Broadside, which featured other leading names in Hollywood, including Dick Sargent, Edward Andrews, Joan Staley, Sheila James, and more.

Kathleen’s other television roles include her works in big-time Hollywood movies such as The Incredible Hulk, The Love Boat, The Rockford Files, The Night Stalker, American Style, Ben Casey, Bewitched, just to mention a few. She also made appearances in several TV shows, including Gunsmoke, The Untouchables, Crossing Jordan, Chicago Hope, She Wrote, and Murder.

Beyond TV, Kathleen Nolan also dipped her toes on Broadway where she played Wendy in Peter Pan—a classic musical in the 50s. The 87-year old also played Amy in the famous Love in E-Flat in 1967.

Nolan’s successful career led her to serve at the Screen Actors Guild board of directors for over ten years. She even served as the very first female president for SAG between 1975 and 1979.

Despite having a successful run on Hollywood, Kathleen Nolan seems to have taken a backseat from acting and fame in general. Her last on-screen appearance was in the 2017’s movie The Last Movie Star.

The classic actress married Richard Heckenkam in 1962, but they divorced in 1965. The union resulted in the birth of one child, a son named Spencer. Nolan was photographed about two years ago, walking hand in hand with Spencer Garret, a big name in Hollywood.

From the photos, it is clear that Kate, who sported a simple pair of white pants, a beige blouse, and shades, is happy living her own private life away from the limelight.

Kathy Nolan is a unique name in the entertainment world. She literally lived her life on the screen.

Although she might have left a season too early on McCoys, her role on the sitcom opened big doors. Her acting career blossomed and brought her a lot of fame, recognition, and hopefully a financial windfall.

Fans sure missed her on The Real McCoys but knowing that she became a huge star in Hollywood is somehow comforting.

Who is still alive from the Real McCoys?

At the moment of writing, Lydia Reed and Kathleen Nolan are the only cast member still alive today.