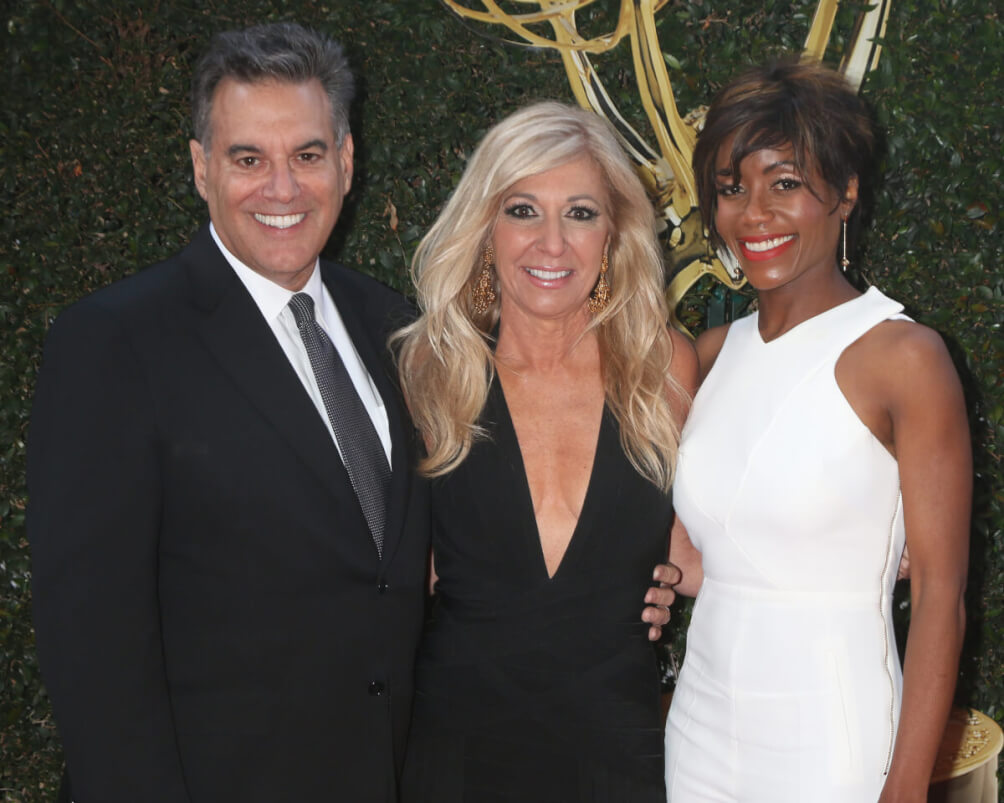 Even without any legal background, it is pretty hard to resist falling in love with a live courtroom session. This is especially true if the show is as gripping as Judge Judy, Judge Mathis, or Hot Bench.

Since it kicked off in September 2014, the daytime legal show Hot Bench has risen in popularity to become a serious fan-favorite. The three judges—Judge Patrica Dimango, Judge Tanya Acker, and Judge Larry Bakman—formed the original legal experts up until 2016 when Judge Michael Corriero replaced Bakman.

The judges hear cases, retreat to their chambers, and later deliver their verdicts. Each character brings wit, expertise, and experience in their own way.

Judge Bakman is charismatic, charming, and entertaining. Watching him argue his points out with his two lady colleagues can be quite the entertainment. If you’ve watched even just a single episode of season 1 or 2 of Hot Bench, you know that this is the man to watch out for. He knows how to access cases and offer meticulous legal counsel.

After doing Hot Bench for the first two seasons, Judge Larry Bakman announced that he wouldn’t be coming back for season 3.

Naturally, these were not the very best news for fans of the show. For a long time, the trending topic was, “bring Bakman back” all over the internet. Fans were understandably enraged and couldn’t hide their disappointment over the exit of the seasoned judged.

Larry’s replacement, Michael Corriero, wasn’t immediately accepted. Some fans thought that he was too quiet and laidback to be a judge. Others felt that his energy didn’t balance well with those of Judge DiMango and Acker. Where did Larry go, anyway?

Focus On His Legal Practice

Bakman didn’t leave Hot Bench for nothing. The high-profile legal expert chose to focus his energy on his legal practice. From one of his Facebook posts, the reality TV star said he quit TV to do more “serious stuff.”

“I am incredibly swamped with my practice. The cases over there are big-time and include things along the lines of domestic violence, solicitation of murder, and voluntary manslaughter. This is very different compared to Hot Bench’s small claims.”

There comes a time when everyone must undertake a personal growth assessment and make the necessary adjustments accordingly. If you watched Bakman closely on the show, you might have picked up his top-notch experience with criminal minds.

He spoke to Jlife about his legal prowess and mentioned that after doing Jury trials for over 20 years, he knows how to deal with all kinds of hardcore criminals.

“I handled all types of cases, including Aryan Brotherhood, RICO entity, Nazi Low Rider, and Mexican Mafia. These are some of the most terrible criminal gangs. For the most part, prosecution happens via snitch testimonies. Certain members of the gangs would occasionally flip on others. As a legal expert, I would cross-examine the gangs with such aggression and heaviness that many would break and flip. After the show, I would replay the taps and feel very proud of how the case went.”

Bakman says that nothing gives him the kind of excitement and aggression he gets when he is handling a jury trial in court. “My preferred types of cases are those with a criminal angle. The show has been such a learning experience from that standpoint,” he said.

According to him, doing a show holds him back a little because it should be entertaining while solving cases. However, being in the actual courtroom means going deeper and handling cases much more realistically.

He has practiced law with perseverance, hard work, and consistency. One of his most significant roles is his responsibility as LA’s City Attorney from where he defended several cases brought by the US government.

Most of the cases here revolved around criminals, and it is what made him the seasoned criminal attorney he is today. He then went ahead to start his own practice, which mainly focuses on criminal defense. Bakman has also dispensed judge duties for the West Los Angeles Municipal Court and the Van Nuys Municipal Court. He currently practices in a total of 6 jurisdictions within the United States.

There it is; the real reason Judge Larry Bakman left Hot Bench. Despite fans wanting Larry to come back on the show, it is highly unlikely for that to happen soon. Granted, things might take an unexpected turn in the distant future, but for now, the legal expert is pretty content running his practice.