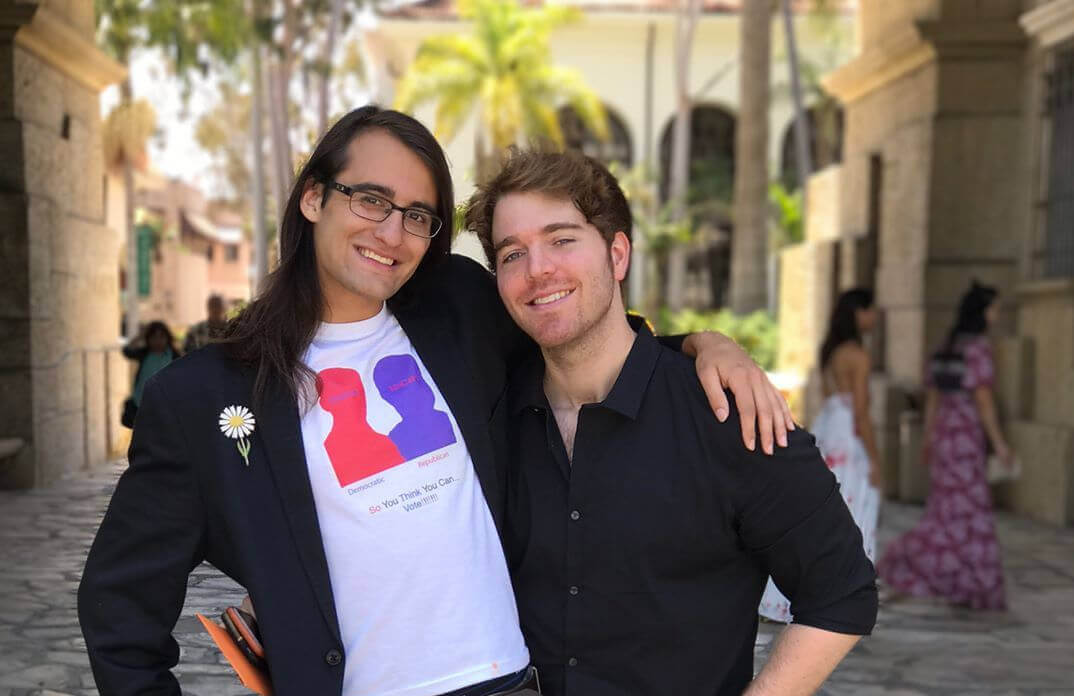 There is something so enjoyable and relatable about watching friendships ignite between Youtube content creators. Especially when they give us inner access to the dynamics of their friendship, whether real or not, we tend to want to be kept in the loop with all of their adventures. One such youtube friendship is that of Drew Monson and Shane Dawson.

While fans remember Drew and Shane from a Youtube channel segment called Shane and Friends, they are also known to have featured on comedy-horror films, social media sketch comedy videos, and challenges, amongst other joint ventures. The two just gelled well together, and as a result, they amassed billions of views on their shared content.

But when Drew suddenly rarely featured on Shane’s Youtube videos, Fans began to wonder if, at all, anything happened to their friendship.

Drew Monson and Shane Dawson from Shane and Friends

Drew Monson and Shane Dawson are YouTubers who have been at the game for a very long time and are now famous for their popular videos.

In 2007, Drew began his Youtube channel called MyToeCold, which garnered attention in punchy videos but extremely random (like from Toy Story to what’s for breakfast random). His consistent content paid off, and in a short time, Drew gained millions of followers on his Youtube channel.

A year after MyToeCold, Shane Dawson began his youtube channel called Shane DawsonTV. The channel was characterized by its sketch comedy videos, where he would impersonate celebrities, play original characters, and make light of popular culture. By 2010, he impressively garnered over half a million follows.

According to therichest.com, the two became friends after Drew was cast in Shane’s 2014 feature film Not Cool. The comedy film was about high school friends who reunite at a thanksgiving dinner during college.

Eventually, many people got a better eye view of their friendship from two youtube segments the two did together. The first was a youtube series on ShaneDawsonTV called Shane and Friends, a visual and audio format series – which featured several podcast appearances from Drew Monson and Jessica Buttafuoco.

And after Shane and Friends came The Spooky Boys, a conspiracy theory content segment gained millions of views upon its onset. The Spooky Boys highlighted their compatibility in content creation and their friendship.

Even fans say this segment was popular because of the personalities involved. So, if this was the case, why did they stop producing content together?

Why did Drew Monson and Shane Dawson fall out?

Since the production of The Spooky Boys suddenly came to an end, the relationship between the two has been on the down-low, probing speculation that they may have fallen off as friends.

Between 2017 and 2018, Drew had reportedly been battling mental health issues. Hence, Drew could have stopped filming for The Spooky Boys to take care of his mental health.

A Reddit thread proposed this same theory stating, “I think he struggles really badly with his mental health, and that’s probably why he isn’t in videos as much right now.” On the same thread, a user stated, “I miss him, he’s such a sweet and funny person, and I hope he’s okay mentally.”

Although Drew took a back from youtube and social media, he did make appearances on other famous YouTubers’ channels which leaves the question, why not on ShaneDawsonTV.

Well, other theories from fans’ observation suggest Shane wrongfully treated Drew, or Drew might have distanced himself from Shane, who at the time was receiving criticism for blackface, racism, and gags about pedophilia used in some of his most popular videos.

And despite creating a 20- minute apology video, Shane continued to make controversial statements.

Also, Shane might have stopped filming for The Spooky Boys to make way for new projects like the documentary series with Jeffree Star, and less internet time together made it seem like their friendship fell off.

But then again, we do not know what’s happening behind closed doors, so whether they are or are not friends, only the two can disclose this.

Where are Drew and Shane now?

Shane’s recent career endeavors have all been overshadowed by his unpleasant past. Shane Dawson became scarce on youtube to start a makeup line with friend Jeffree Star. Like you might have guessed, after a quick peak, stores pulled out from supporting him due to his controversial past.

For several years Shane maintained one active channel on Youtube. Still, according to reports, Shane has made some attempts at a clean come back by opening a new youtube account dedicated to beauty called Shane Glossin. Despite the new channel, Shane still maintains a relatively low profile on both his youtube and social media.

Drew moved away from Los Angeles because the scenery was not for him. According to therichest.com, Drew focused on his music career for a while and released a hit song during that period. His original track called The Vacation Song did impressively well on global charts.

Drew has been passionate about the film industry from when he started his YouTube channel. He has followed his passion in recent ventures. According to Biography Tribune, Drew has been cast on a series of movies, including a film entitled “Dirty 30” and a television film called Fab Life Theresa XO.

Despite Shane’s early controversial career, it is undeniable that he has talent and, if he changes his ways, can pull off a stellar comeback. And as for Drew, it is clear he’s in a better headspace mentally and is making better decisions career-wise.