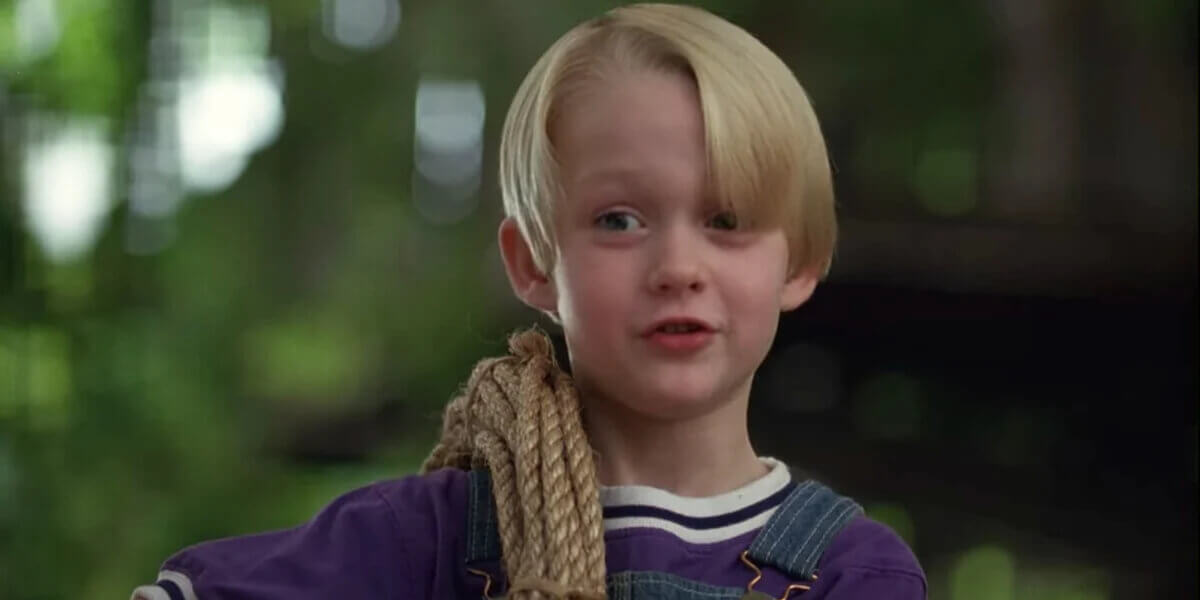 Dennis the Menace first hit the big screen in 1993, which means it has been close to three decades since its TV show predecessor went on air. It’s hard to believe it has been that long, seeing as though the memory of the mischievous little Dennis is still fresh in our minds. The big-screen adaptation directed by Nick Castle and written by John Hughes was a massive hit in the 90s.

Fans loved watching the family comedy with a fascinating storyline. Granted, the flick was destroyed by the critics but managed to rake in millions ($117 million to be exact) at the global box office. With a budget of only $35 million, the movie did well.

Dennis the Menace at a Glance

Denis is the charming, good-looking, and towheaded 5-year old from the film with nothing but mischief in his brain. He harasses his poor neighbor, Mr. Wilson, whom he stays with when his folks are out of town. Mr. Wilson is old and retired, and Denis’ antics annoy him to the core. However, thanks to the young’s boy’s tender age, Wilson lets him off the hook and understands that he is not vicious but rather bad at making the right choices.

Denis portrays the part just right. Whether you watch the film as a kid or as an adult, you can easily relate to the adventures of the little brat.

Mr. Wilson is just like any other parent. While he understands Denis’s character, he also loses his patience from time to time. Denis’s parents Alice and Henry try to discipline their boy to the best of their abilities. They even take the poor boy to Joey’s house, Denis’ classmate or Margaret’s, another one of Denis’ pals, but eventually, the boy ends up back at Wilson’s.

The best parts of Denis the Menace are those in which Denis’ plans fall flat. The worst parts are how Switchblade Sam (Christopher Lloyd), Denis’s ominous drifter, menaces the little towhead. The show also followed Denis as he hangs out with his friends Margaret Wade (Amy Sakasitz) and Joey (Kellen Hathaway). We also shouldn’t forget his dog, Ruff, who followed him everywhere he went.

The movie is based on Hank Ketcham’s newspaper comic strip with the same name. It debuted in 1951 in 16 newspapers and was later drawn and written by Marcus Hamilton (1995), Ron Ferdianand (1981), and now Ketcham’s son, Scott Ketcham (since 2010). The strip is currently being distributed via at least 1,000 newspapers in 48 countries, translated to 19 different languages.

In 1959, Denis the Menace premiered a comical film, with Jay North being the lead star. It ran to 1963 and produced a total of four seasons and 146 episodes, after which it was canceled because the boy actor had outgrown his character.

What Happened To Denis The Menace?

Denis the Menace hit the theatres on June 25, 1993, but it wasn’t until August 25, 2008, that the film was officially released for streaming.

After the release of the , a direct-to-video-sequel, Dennis the Menace Strikes Again, came out in 1998. You would expect that the actor of the 1993 movie, Mason Gamble, and other cast members would be in the film, but the cast was totally different. Another sequel was also released in 2007 called A Denis the Menace Christmas with a different cast from the previous two films.

What Happened To Denis The Menace Actor?

Dennis Mitchell, the main character in Dennis the Menace is none other than Mason Gamble. The film was Gamble’s big break in Hollywood. Sources claim that Gamble made the cut out of 20,000 children who auditioned for the role. His starring role in Denis, the Menace earned him a Razzie nomination for Worst New Star, as well as a Young Artist Award for Best Youth Actor Leading Role in a Motion Picture Comedy.

Before that, the young actors had already had a small role in the cult classic Groundhog Day. Sadly for him, all his scenes were removed during the process of editing. He later appeared in several movies (albeit taking small roles), including Bad Moon, Early Edition, Rushmore, Gattaca, The Rising Place, ER and Arlington Road, Kate Brasher, The Trouble with Dee Dee, Close, CSI: Miami, Spy Hard, A Gentleman’s Game, and finally, Golf in the Kingdom.

The actor then decided to change careers entirely and try his hand in getting an education instead. He enrolled at UCLA as a dentistry student before changing his major to marine biology. He got his Bachelor’s degree then pursued a master’s degree in Biology. As of August 2020, Mason had gone back to UCLA to pursue a doctorate degree in Environmental Science and Engineering.

Denis the Menace is no doubt a beloved kid family show. It depicts everything that happens in real life while maintaining its entertainment edge. Although the movie, alongside all its sequels, ended in 2007, the beloved character lives on in comic strips and your favorite streaming service.