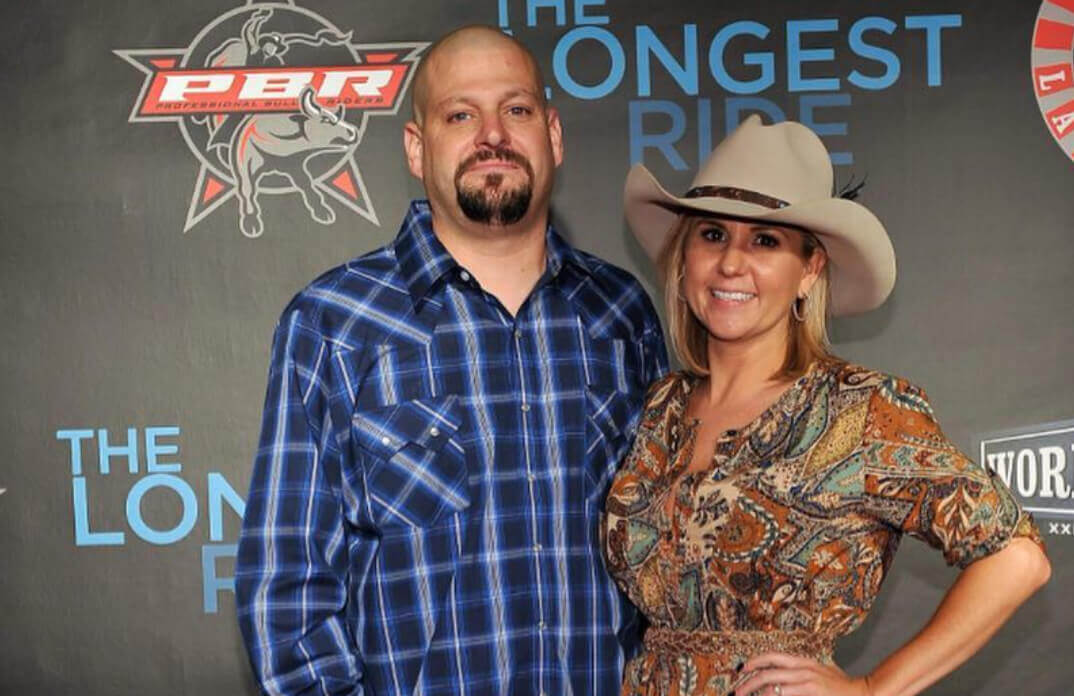 Recently, Storage Wars aired its 13th season, and fans realized that a lot of things have changed in the last decade. However, the biggest shock for viewers was the breakup between two very prominent cast members Brandi Passante and Jarrod Schulz.

They were a force to be reckoned with at auctions, had an insanely good eye for bidding on the right units. While the fans were heartbroken to learn that they are no longer together, what really shocked them was the revelation that they had separated long before they actually announced it.

Relationship Timeline Of Brandi and Jarrod

Brandi and Jarrod were the ideal life partners. Their chemistry was instantly visible, and together they were the perfect team. Even on the show, their nickname was the “Young Guns.”

They were really capable of choosing the right units and always ended up making more profit. Jarrod and Brandi had been together for nearly two decades, and the fans thought they were the endgame.

In 2014 they even got their own spinoff Brandi & Jarrod: Married To The Job.

Although they had never been married, the couple has two children, a son named Cameron and a daughter named Payton. Both are teenagers now, and they live with Brandi, who is now raising them as a single mother.

Initially, everyone felt something was off about them towards the end of season twelve, but neither of them released any statement for two years.

Fans finally learned that their favorite couple had called it quits right after the 12th season wrapped up shooting.

The show is trying to play their new equation to their benefit. They now focus on amplifying the drama between the two to get the viewers hooked. Since their split, the couple still works as a team on the show, but they don’t attend storage locker auctions together.

They also avoid talking to each other, which often leads to miscommunication. On many occasions, Brandi has criticized Schulz and even called him an “Idiot” in the eighth episode of season thirteen, forbidding way higher than the storage unit’s value.

She even shared an image for season 13, covering Jarrod’s face with a demon emoji on Twitter.

Breakups are often hard to deal with, but things become more complicated if the media gets involved. Because Brandi and Jarrod appeared together for a decade on television, it’s even more difficult for them to let go of their feelings.

Every time they encounter each other, things are bound to get ugly, which happened in May 2021. According to TMZ, Jarrod and Brandi got into a spat at a bar in Orange County.

Things got heated, and Jarrod shoved Brandi twice. Eventually, somebody called the cops. But Schulz fled from the bar before cops arrived and even denied that he ever got physical with Brandi.

Eye-witnesses called him out on his lies, and later people caught him. Brandi even filed a domestic violence case against him. He was charged with a misdemeanor in public which included assault, battery, and domestic violence.

The rumors are rife that Jarrod might even get fired from the show due to his recent controversy.

It is quite obvious that it is becoming more and more difficult for Brandi and him to be in the same room together, so they now might officially split as a team as well.

If something like this happens, it’s a given that the network will side with Brandi and will let Jarrod go.

2020 was the year when Brandi and Jarrod decided to tell the world about this huge news. Both had different ways to break the news. Brandi gave multiple interviews and talked about how she now is a businesswoman and leads a busy home life as a single mother.

Jarrod, on the other hand, announced that he has a new girlfriend named Rochel Beckman.

When Danny Jordan from The Dad Diaries asked the reality star, Brandi, about her current love life, she said she was going with the flow and focusing on herself.

She also said she doesn’t miss Jarrod Schulz as her ex, but she does miss the scary dad voice since she is now assuming the duty of both parents.