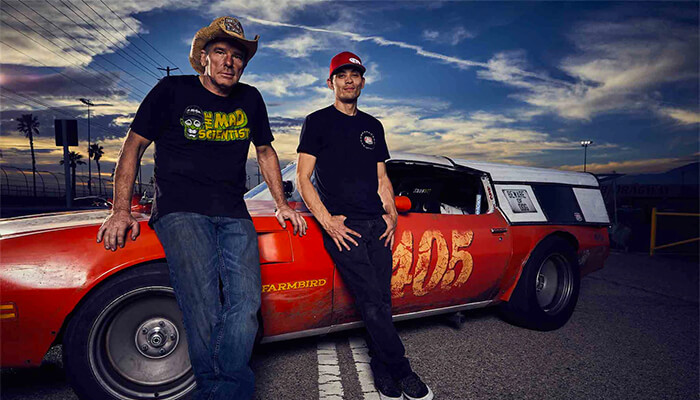 For a long time, streetcar racing was a sport reserved for fancy fast cars. If you couldn’t afford to throw a boatload of cash in exchange for a high-end fast toy, you didn’t stand a chance at the sport.

Well, that was the case until the Oklahoma-based racer Sean Whitley aka Farmtruck proved otherwise. With a knack for transforming ordinary vehicles into racecars, he has managed to carve out a world for himself.

Sean first got the attention of many when he was cast into Discovery Channel’s Street Outlaws. His ardent passion to play by his own rules and still put up a tough game won the hearts of many.

Rather than going for Lamborghini, Chevrolet Camaro, or Ford Mustang, the down-to-earth and passionate racer has chosen over and over again to customize his old trucks for racing.

First, it was his 1970’s Chevy Long Bed Truck from which he got his Farmtruck nickname. He has since upgraded to the 632 big block Chevy Motor, another transformed vehicle.

At first, his choice seemed dumb but it is the very thing that has made him famous – and rich.

Who is Sean Whitley?

If you enjoy watching street car racing, the name Sean Whitley is no stranger to you. He’s one of the prominent car racers on Discovery’s Street Outlaws alongside his buddy and driver Jeff Bonnet, also known as AZN. To say that Sean is a car enthusiast would be a terrible understatement.

His career basically took off when he was at a tender age. When his friends were busy playing video games, he was already driving his dad’s truck by 12.

He has shown the world that to win in drag racing, one needs a powerful engine only. The appearance of the car has nothing to do with anything. Sean can literally transform anything with wheels on it into a great race car.

His first car 70’ Ford Camper Special did well by him in the streets. When he joined the Street Outlaws Cast, Sean and AZM used this very car to race.

Understandably, his opponents always underestimated him when they saw the car. However, the amazing racer always smoked them when they least expected it.

Despite being in the public eye, Sean likes to keep a low profile. Very little is known about him besides his passion for street racing. He refuses to talk about his private life, earnings, and all that stuff. The only information available is what he lets out during the show. 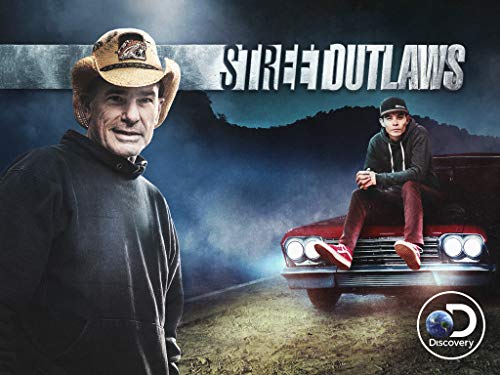 He’s mentioned a couple of times that he’s married but his wife has never really made a public appearance. We are yet to see kids as well. A few years back, rumors of him dating his racing and business partner filled the air. However, Sean has since put the rumors to rest claiming he’s as single as they come.

As of 2020, Sean Whitley is worth a cool $2 million according to The Wealth Record website. His extensive streetcar racing career and business are entirely to blame for this remarkable financial success. He’s a mover in the world of street racing. Just how has he managed to accumulate such wealth doing what he loves? Here’s how:

Sean and his partner AZN have been full-time cast members of Street Outlaws right from its first season on June 10, 2013. 15 seasons later, the two buddies are still stars in the show. They make a great pair both for entertainment.

With Sean in the driver’s seat and AZN doing the smart taking, the two-car racers have always seemed unstoppable.

We don’t know how much the show pays its stars but from what we’ve read online, it is no small money. A few sources claim that Discovery Channel gives as much as $200,000 dollars to its leading cast per episode.

Sean has appeared in every episode of the show. When you crunch the numbers, you will have a glimpse of why his net worth has already crossed the $2 million mark.

The show that showcases the street racing world in Oklahoma is a huge success and features other household names in the industry including Big Chief, Murder Nova, Varley, Flip, and Chuck.

Are AZN and Farmtruck a couple?

Because of their business, AZN and Farmtruck see each other on a regular basis, spending a lot of time together. This probably started the rumors that the two are in a gay relationship. AZN has been Farmtruck’s best friend for over a decade and their relationship is strictly on a friendship and professional level.

Before making a successful career on TV, Farmtruck was already an established businessman in his hometown of Oklahoma. Both he and AZN run the Farmtruck and AZN Shop, an automotive studio in Oklahoma City.

If online reviews are anything to go by, the enterprise is a high-flyer. In addition to the studio business, Sean also has a street racer merchandise store where he sells everything from apparel to posters. The store took off after he became a celebrity on Street Outlaws.

To answer the question of what Sean Whitley does for a living, the simple answer is street car racing. No doubt, this car enthusiast has packaged himself very well to the world. Not only has racing led him to open a business in his home city of Oklahoma, but it has also made him a celebrity.

With his celeb status comes success for his merchandise store and ultimately more dollars in his bank account.