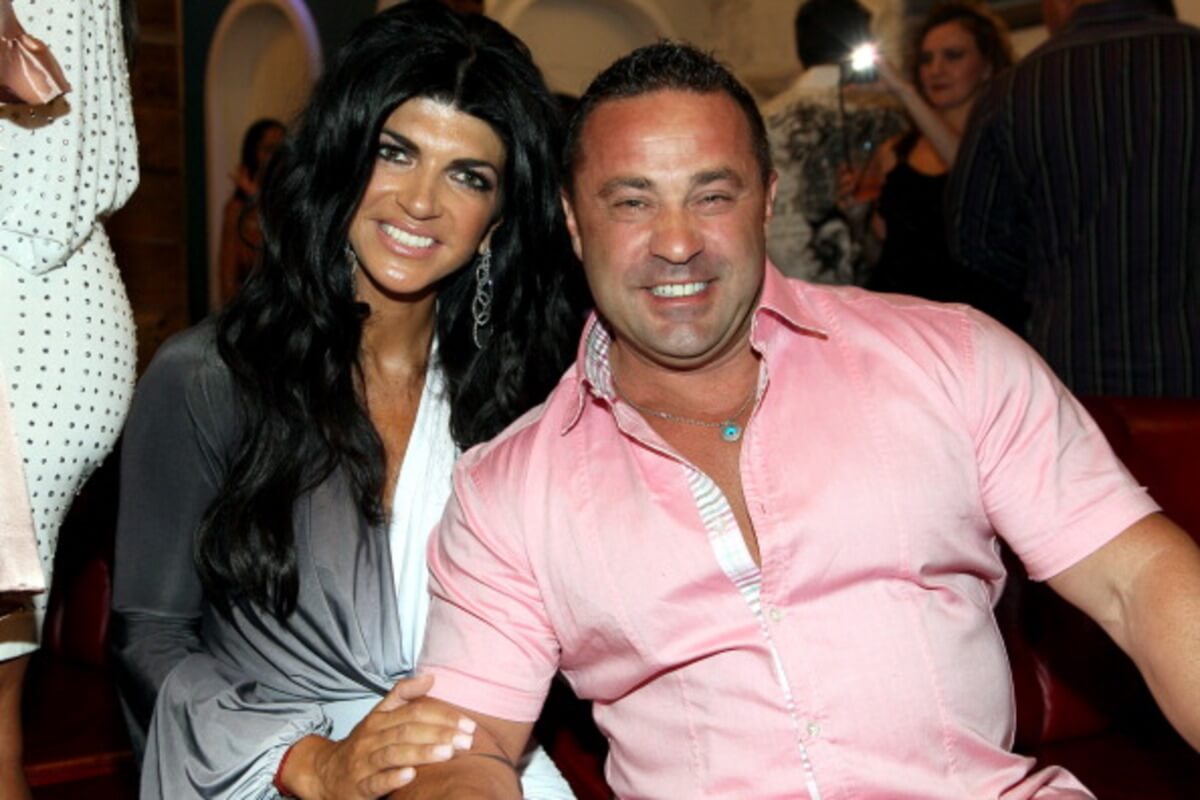 When fans first met Joe Giudice and estranged wife Teresa on The Real Housewives of New Jersey, the couple came across as the type swimming in money.

Joe owned a successful construction business, and the two gained a reputation for spending lavishly.

It was not too long after their debut on The Real Housewives reality show that Joe and Teresa filed for bankruptcy and later got accused of various fraud charges.

The Real Housewives couple’s arrest had to be some of the biggest scandals American reality tv had ever witnessed. It was the tipping stone in their twenty-year marriage, and it knocked Joe off any business credibility he had accomplished.

Following his deportation from the United States, fans remained concerned about how The Real Housewives of New Jersey star makes a living, with Joe certainly having a lot to say about his life in his native Italy.

What were Teresa and Joe’s prison sentences for, and why did Joe get deported?

Joe and estranged wife Teresa Giudice’s legal troubles started in March 2009 – around the time when The Real Housewives of New Jersey first came to our screens. In October that year, Joe and Teresa filed for bankruptcy.

Authority accused the two of hiding their millions in what followed a series of accusations against The Real Housewives couple.

In July 2013, Joe and Teresa Giudice were charged with conspiracy to commit mail fraud, wire fraud, bank fraud, false statements on loan applications, and bankruptcy fraud in a 39 count indictment returned by a federal grand jury.

In addition, Joe was charged with failure to file tax returns from 2004 to 2008. The Real Housewives couple claimed innocence, but as things progressively escalated, Teresa and Joe entered a guilty plea to 41 counts of fraud.

A 41-month sentence of imprisonment was given to Joe Giudice, while then-wife Teresa Giudice received a 15 months sentence. Furthermore, the couple was ordered to pay $414 588 in restitution.

If that was not a dramatic twist to their aired reality, the peak of it all was yet to come.

Joe was born in Italy and brought to the United States as a baby, but Joe never filed the proper paperwork.

In March 2019, Joe was released from prison and moved into ICE custody in Western Pennsylvania that houses immigration detainees.

After his 3rd deportation appeal, Joe was denied access to live in the United States of America and returned to his homeland Italy, where he would begin his new life.

What does Joe Giudice do for a living now?

Unquestionably, Joe Giudice was put in a position of huge uncertainty after being forced to leave the life he became accustomed to in the States.

Apart from being secluded from his four daughters, his siblings, and mom, Joe had to figure out a way to make income to sustain himself in Italy and support his family in the States.

So what could Joe the Hustler possibly be doing?

In an interview with Andy Cohen, before his deportation, Joe said he was in talks with fellow inmates on starting a sports picking business after his release. That is not all The Real Housewives star had in mind.

When asked about rumors surrounding joining Martial Arts, he revealed he was open to teaching Martial Arts in schools in Italy. Joe is paramount about his fitness regimen, and fans figured it might make for a good occupation.

A few months into Joe’s return to homeland Italy, Joe communicated with fans on adjustment to life and starting new business ventures.

On November 24, Joe posted a video that gave fans a tour of his apartment but revealed his plans to start work.

He added the caption, “Go to the gym, go eat, and that’s my Saturday afternoon. I start work next week. I’m very excited. Life is good,” he said. “I wish I was home, but this is better than where I was.”

Joe kept fans in the dark about the nature of his business venture but eventually explained on January 16 that he was making a living, “Doing what I do best !!! If you were up to speed with Joe’s dealings during The Real Housewives, then you may have quickly figured out, Joe ventured into the construction business.

“I’m excited to expand and add my expertise and continue to provide the best possible solutions for the remodeling needs here in Italy,” revealed Joe.

Soon after, Joe revealed that he was working on expanding Teresa’s father’s home in Italy.

Joe’s business garnered momentum quickly, and it was not long before he posted a second video on more construction work he might be getting involved in.

The reality star started filming his construction ventures and posted mirages of videos on his youtube channel. In an interview with Wendy William, Joe told Wendy he loved doing Youtube. His Youtube channel is also used to document vacations with his daughters and other aspects of his personal life.

Joe formed a celebrity Mixed Martial Arts and competed in a celebrity boxing match. According to E! his latest business venture is exporting leather sofas and chairs from an Italian company to the American market.

Joe embodies the word hustler, and as a true custodian, he has looked after his family despite being miles away. The reality star has admitted that life in his homeland is not exactly the one he experienced in America and holds on to the premise that he will one day be able to return to the country he called home for so long.