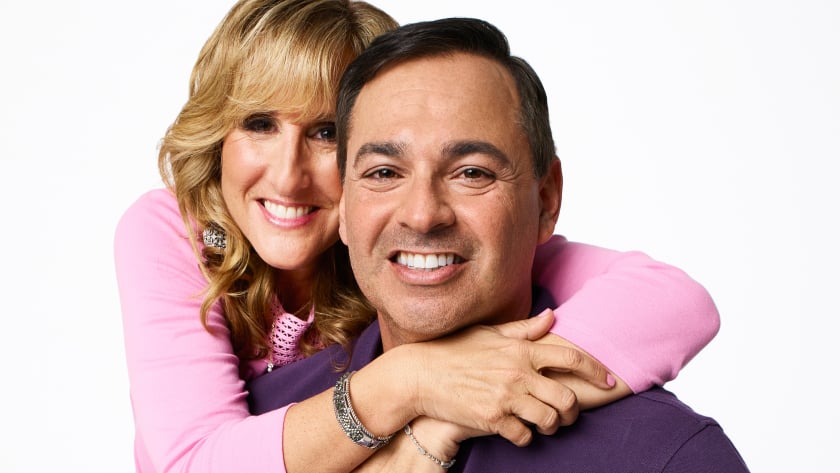 Jazz Jennings, the TLC’s I am Jazz star is one charming and inspirational young lady. At only 19, the beautiful queen of reality TV has touched lives across the globe. Her passion for raising awareness about the trans community is incredibly groundbreaking.

While Jennings was assigned male at birth, she always knew she was a girl. At the age of five, with the help of her parents, she began her long journey of transitioning into a female. She began wearing dresses, growing her hair out, and even had her ears pierced.

Making a transition from one gender to another is no easy undertaking. Perhaps the greatest challenge is overcoming the societal systems and judgments about the whole process. Sure, people are changing and are embracing the LGBTQ community more but discrimination is still a huge reality. Although Jennings has had her fair share of ups and downs throughout her transition, her parents Greg and Jeanette Jennings have made things easy for the teenager.

Who is Greg Jennings?

Greg Jennings is the awesome and supportive father of the transgender woman Jazz Jennings. He first entered the public arena in 2007 when he, along with his wife Jeanette, appeared on Barbra Walter’s 20/20 to talk about the journey of raising a trans child. Back then, both Greg and Jeanette went by the pseudonyms Renee and Scott, a decision they made to keep the safety and identity of Jazz.

Greg told ABC News that he was afraid of getting the call that his daughter wasn’t okay. As a matter of fact, the Jennings name is actually a pseudonym. The family has decided to keep using it for security reasons. Their last name is not known by the media and the general public. The same goes for where they reside in. All we know from I am Jazzreality series is that the Jennings live in South Florida. The couple also has three other kids, Ari (24) and identical twins Sander and Griffen (22).

After the 20/20 came I am Jazz: A Family in Transition, a documentary on Oprah Network then I am Jazz on TLC. Now, the entire Jennings family is a celebrity family known for supporting transgender kids.

What does Greg Jennings do for a living?

Greg clearly has a job going by the family’s TLC show. More than once, the father of four has claimed to “go to work” when bidding her kids or wife goodbye. Unfortunately, his nature of work is still a mystery just like his last name and the location of his house. Here’s a fun fact though: the family’s South Florida home is posh and elegant which leads us to believe that Greg’s hustle must be successful.

Jazz’s parents are really serious about spreading their message of support and understanding of the trans community that they founded a non-profit organization known as TransKids Purple Rainbow Foundation. The couple started the NGO to help trans kids and their parents navigate the scary waters of making gender transformations.

You don’t need to watch an entire episode of I am Jazz to know that Greg is very close with his daughter. Throughout puberty, daddy stayed by her side. At one point, Jazz was very worried that she would grow facial and body hair during the transition. Together with his wife, Greg opted to put her on hormone therapy which stops the development of masculine features on the body.

If you know a thing or two about these treatments, then you must be aware that they cost a pretty penny. Despite this, Jazz’s parents went ahead with it just to show complete support for their daughter’s journey.

Season 6 of the TLC series follows Jazz as she tries to make a decision whether to attend Harvard or Pomona. As expected, Greg and Jeanette are right in the middle of this. In one episode, the parents can be seen taking a tour to Cambridge alongside their daughter and showing their desire to have her join the Ivy League.

Both Greg and Jazz publicize their love and appreciation of each other on social media. Each has multiple photos and posts about the other on random and special days. During one of Greg’s birthday, Jazz posted a picture of her daddy calling him super cool and supportive. The teenager praised him for helping her navigate through her challenges despite being a handful.

Daddy is also quite fond of his daughter. During one of her birthdays, Greg posted a sweet photo of him and Jazz and wrote sweet words to reassure his girl of his love. Speaking to ABC News, the father of four said that he and Jeanette agree 100% on how to raise their daughter. “We support rather than encourage. We seek to listen to what Jazz tells us.” He said.

Greg Jennings is a pretty big deal. Not only does he support his trans daughter Jazz all the way, he’s also gone further to spread the message far and wide. Rumor has it he’s received as much backlash as death threats for standing by Jazz but that hasn’t deterred him an ounce. Whether he knows it or not, he is a true force of nature.