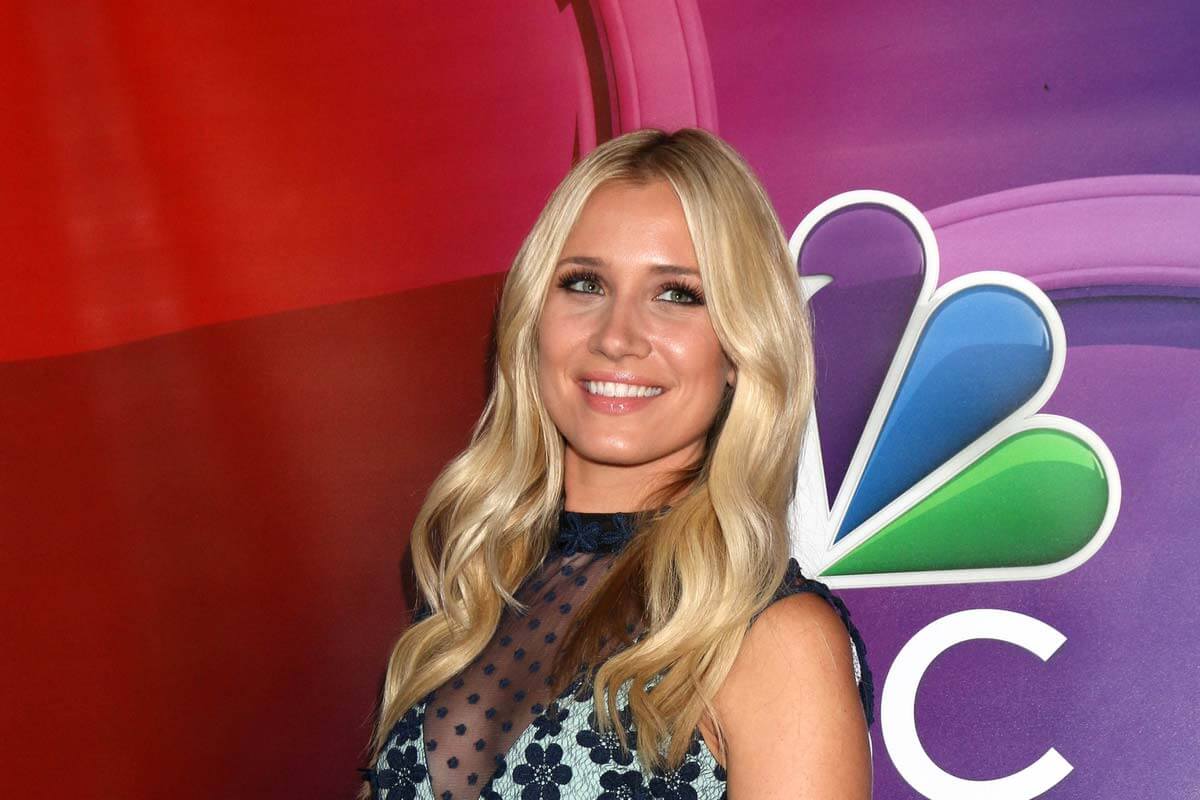 Kristine Leahy is probably best known as the sideline reporter and co-host of NBC’s American Ninja Warrior from Season 7 (2015) to Season 10 (2018).

Her subsequent departure from American Ninja Warrior has left many fans wondering what happened to Kristine Leahy and where she is now.

According to Kristine Leahy’s website, the road to hosting American Ninja Warrior (ANW) started with a stint at Boston sports radio station WEEI, ultimately becoming their official reporter on the Boston Celtics. That led her to covering all sports teams in the Boston Area for FOX Boston.

Kristine moved to Los Angeles, California in 2012. After working a number of jobs at CBS, she eventually became co-anchor and reporter for the show The Herd with Colin Cowherd, which aired on KCBS-TV.

In 2017, when Kristine was co-anchoring The Herd, she famously had an on-air argument with LaVar Ball after he ignored her throughout the interview, instead directing his answers to Colin Cowherd across the studio.

When she asked Ball whether his brand “Big Baller” should be marketed to women as well as men, he made the sexist remark, “Stay in your lane!”

The on-air argument escalated from there with Kristine accusing Ball of disrespecting women and Ball calling her a “hater.” He went on to make arguably threatening statements, which he later denied as threats.

Months later, on November 20, 2017, Kristine made her displeasure publicly known about CNN’s decision to invite Ball on the air.

Kristine continued on The Herd throughout most of her stint on ANW. In 2018, after 26 episodes on The Herd, Kristine announced her departure from the show to start her own sports TV show.

Neither Kristine nor CBS gave a reason for her departure from ANW. But shortly after Season 10 of ANW concluded, Fair Game With Kristine Leahy debuted on Fox Sports cable station FS1 on October 22, 2018. Kristine also served as writer and producer for the show.

Fair Game continued to run after Kristine left ANW, though it was shortly thereafter canceled, running two seasons and airing its final episode on December 27, 2019. It ran for 88 episodes.

In the period leading up to and following her time on ANW Kristine appeared as herself in:

Kristine Leahy | What is she doing now?

The American television host and former sports reporter appears to have taken a step back from the TV show business. Her most notable appearance is in the Netflix movie “Hustle”, where she has a cameo as herself alongside Adam Sandler.