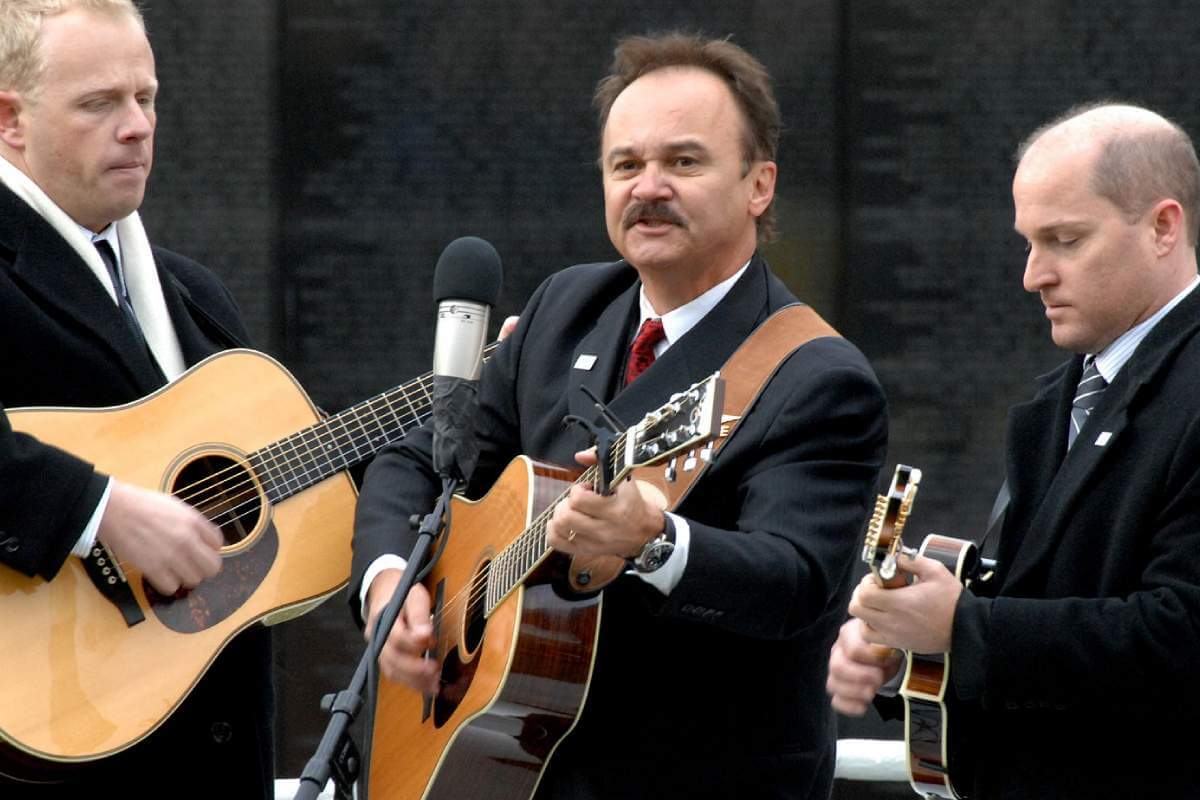 Jimmy Fortune was right when he named his debut album When One Door Closes. Well, many more doors opened for him when the group he had performed with for over two decades hung its boots and retired off into the sunset.

Jimmy was not ready to leave the country music scene, and his determination has really paid off over the years. There is no doubt that he is one of if not the most successful members of the now defunct Statler Brothers.

So, why did Jimmy Fortune leave the Statler Brothers despite all their success? The real reasons might surprise you; read on for the goss on what really happened.

Jimmy’s Fortunes Changed When He Least Expected It

Born and raised in Staunton, Nelson County, Virginia, Jimmy Fortune always knew he wanted to be a singer. He started signing in the Nelson County High School choir, but it would be many years before he could land his big break.

In 1981, Fortune was performing at the Wintergreen Ski Resort when Lew DeWitt, an original member of The Statler Brothers, noticed Fortune’s impressive tenor vocals and recommended him for an audition in Nashville, where The Statler Brothers were based.

DeWitt was battling Crohn’s Disease and was looking for a suitable replacement. Luckily for Fortune, he was in the right place at the right time. The Statler Brothers called him after the audition, asking him to temporarily replace DeWitt as the group’s tenor singer.

Fortunately or unfortunately, DeWitt could no longer go back to signing due to his debilitating disease, leaving Jimmy as his permanent replacement, a role he took on for 21 years in the legendary Statler Brothers band.

He Had A Successful Run With The Statler Brothers

Undoubtedly, The Statler Brothers were one of the biggest acts of the 1960s through to the 1990s, winning numerous awards and even serving as backup singers for the one and only Johnny Cash.

As part of the group, Fortune built an extensive portfolio that would later serve him in his solo career. For fourteen years, he was part of The Statlers’ Birthday celebrations in Staunton, Virginia, each year, where the group played some of their fans’ favorite songs.

The American country singer’s career also involved participating in the Statler Brothers Show (1991), which ran for seven seasons and was the highest-rated show for the Nashville Network. Alongside his bandmates, Fortune has had the opportunity to perform at the White House twice for President Ronald Reagan and President George H.W.Bush.

Jimmy Fortune was with The Statler Brothers for 21 years! That’s a long time for a band to stick together and be as successful as they were. So why did Fortune leave the group?

Well, the truth is, Jimmy Fortune never left The Statler Brothers or the music industry!

In 2002, The Statler Brothers announced news of their retirement after completing a farewell tour. By then, the group consisted of Jimmy Fortune, Don and Harold Reid, and Phil Balsley.

After hanging their boots, Don, Harold, and Phil lived in Staunton. But Jimmy, who was not ready to retire, moved to Nashville to launch a solo career.

The Statler Brothers act simply came to a natural ending, and the band members parted ways on good terms; after all, they had been each other’s family for more than two decades!

Fortune launched a successful solo career and still makes music for his fans to date. Despite the success he enjoys now, going solo was not easy after many years of being in a band.

Fortune explained to The Daily Progress, “I wanted to keep going, but I was scared to death.”

He added, “When I moved to Nashville to start over, I stood at a street corner and looked at all those record labels in those big buildings and wondered where to start.”

The Elizabeth crooner says he heard God’s voice tell him to be himself and to let his voice and songs guide him.

Fortune launched his first album, When One Door Closes, in 2003, a year after The Statler Brothers disbanded. He has recorded eight albums, the latest one being God and Country, released by Gaither Music Group in May 2019.

Over the years, the country music superstar has collaborated with numerous notable signers, including Vince Gill, Ricky Skaggs, Bill Gaither, the Oak Ridge Boys, and so many more.

Now you know that Jimmy Fortune did not leave The Statler Brothers. On the contrary, the group disbanded and retired after a long successful career spanning more than three decades.

Fortune was already successful in his own right when he was part of the band. But when that door closed, a new one opened, ushering him to a vibrant solo act.