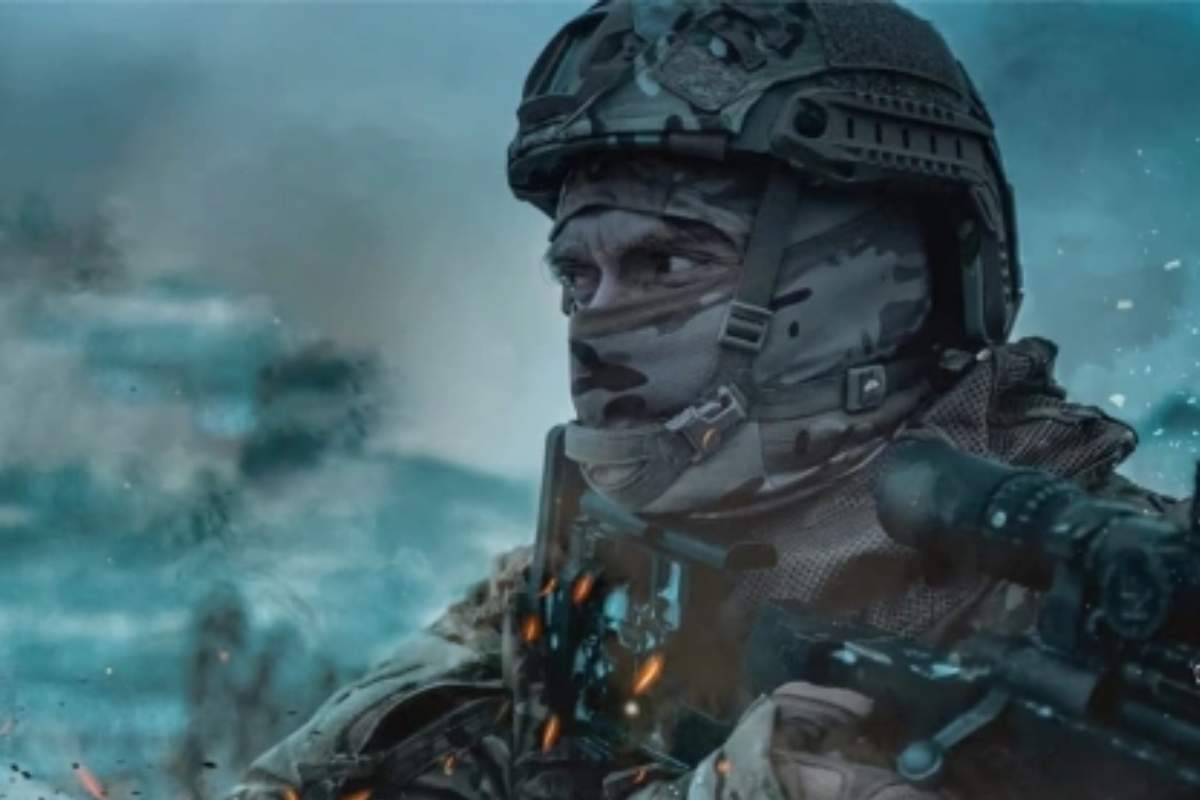 Unless you live under a rock, you already know about the senseless tragedy unfolding in Ukraine following Russia’s full-scale military invasion that began on February 24, 2022, under president Vladimir Putin.

So far, it doesn’t seem like this conflict’s end is close.

This invasion is not the first one; it is just the latest in a series of many that have been followed by a ceasefire, only for war to break out again.

One of the earliest conflicts in the greater Russo-Ukrainian was the Crimea and Donbas invasion of 2014. Now, a movie has been made about it! Sniper: The White Raven is as captivating an action-thriller as it is timely.

So, given the ongoing Russian-Ukrainian war, you might wonder, “Is Sniper the White Raven based on a true story?” Actually, some of it is! Read on to find out more.

For some reason, war films receive plenty of attention and Sniper: The White Raven is no exception. Set to debut on October 3, 2022, in select cinemas and on DVD, this must-see action film is a timely account of a small aspect of the greater Russo-Ukrainian conflict.

Determined to get revenge and pushed by innate anger against the invaders, he enlists in the army’s sniper school, waiting patiently for his time to avenge his wife’s death.

Celebrated actor and musician Aldoshyn Pavlo is the movie’s star. Like in typical war movie scenes, we see Pavlo undergo military training. He performs obstacle courses, push-ups, weight lighting, and net scrambling, among other activities, to prepare him for war.

In the movie, Pavlo Aldoshyn doesn’t have a military background. He was once a free-spirited math and physics Ukrainian teacher who decided enough was enough after Russian troops invaded his city, killing his wife, among other Ukrainians.

At first, his military counterparts laugh at him for his lack of experience, even nicknaming him as weak to mock his naivety. In a surprising turn of events, Pavlo shocks his troop-mates by disassembling and reassembling an AK47 while blindfolded and all in 20 seconds! This impressive move earns him the nickname Raven, and he is awarded a position as a sniper.

The Ukrainian sniper spends the rest of his time in the battleground pursuing a notorious Russian sniper whose fall could change the course of the brutal war.

Is Sniper White Raven Based on A True Story?

The release of Sniper: The White Raven couldn’t be any timelier, given Russian forces’ ongoing invasion of Ukraine. Although this war movie showcases a similar scenario, it is not entirely based on a true story. Rather, the movie’s premise is inspired by real-life events.

For one, the movie is based on the Donbas conflict, following pro-Russian and anti-government unrest in 2014.

It is worth noting that White Raven was written and produced well before the Russian forces’ 2022 invasion of Ukrainian territory. So the movie is definitely not based on the current war.

He was once a physics and math school teacher. Still, He opted to join Ukrainian soldiers to defend his country against the Russian invasion of Crimea and Donbas like thousands of other Ukrainian men.

Just as the main character in the Ukrainian war drama has no military experience, Mykola had never touched a gun, let alone done intense military training in real life. He had to learn basic tactics such as disassembling and reassembling a firearm.

In real life, he says the other more experienced soldiers did not initially mock him for his lack of skill. On the contrary, they supported him and other newcomers who lacked experience, and they all quickly learned how to be on the frontlines to protect their country.

Mykola’s Wife Did Not Die

In the movie, the main protagonist painfully loses his pregnant wife, Natsya (Maryna Koshkina), when she is killed by Russian forces who mistake her for an enemy. This act was the final straw that broke the camel’s back.

Before this incident, Pavlov and his fictional wife lived peacefully on a 2-acre piece of land as eco-settlers. Despite the ongoing war in Donbas and Crimea, their lives in the woods and grasslands were idyllic.

In real life, Mykola Voronin’s wife was not killed by the Russian militia- this part of the movie is fictional. It probably only helps viewers to empathize with the starring character.

It is also not true that Mykola lived in a rickety hut with his wife in an attempt to reduce their eco-footprint, as depicted in the movie. Mykola feels strongly about climate change and the need to preserve our environment. But he has never lived in a shanty in the woods before, during, or after the Donbas conflict.

The movie, Sniper: The White Raven centers around an ordinary Ukrainian man who volunteers to join the army to fight against invading Russian forces.

In real-life, Mykola Voronin indeed left his teaching job and volunteered to enlist in the Ukrainian army during the Donbas invasion.

Then, like now, there was a strong sense of rebellion, resilience, and patriotism among Ukrainians. Many men who previously lived ordinary lives and had normal careers left everything behind to fight at the forefront. Luckily for Mykola Voronin, he lived to tell his story, which will now reach millions worldwide.

So, there you have it! Sniper: The White Raven is not entirely based on a true story. Rather, the movie is inspired by some events that took place in the movie writer’s life.

Fictional or not, this film is timely, gives us an intimate look into the devastation of war, and sensitizes us to the ongoing Russian-Ukrainian conflict.