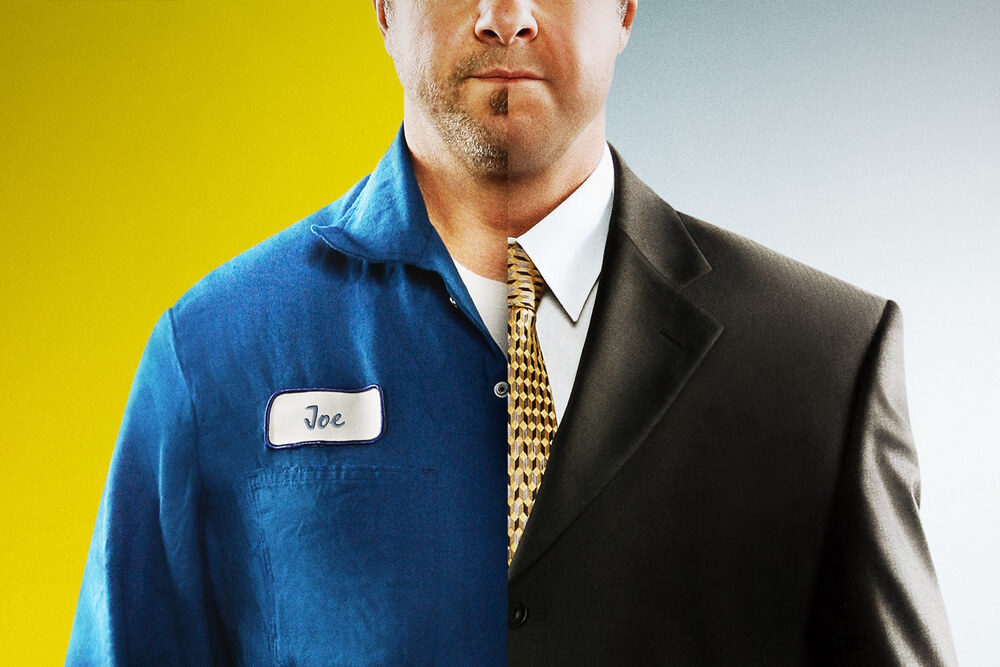 Reality shows have always faced the accusation of, well, not being real enough.

The most recent show that everyone calls fake these days is CBS’s highest performing reality series “Undercover Boss.”

A CEO or other high-ranking professional of a successful company gets disguised and works alongside entry-level workers at the business.

They do this to get a drop on how their employees are working and what they really think about their employer. In other words: a reality check for CEOs who think that everything about their company is perfect.

Stephen Lambert, the creator of the show, got the idea after watching Willie Walsh (Head of British Airways) give a disastrous answer to an important question.

In a press conference, he was asked by the reporter about his own bad experience of traveling with British Airways. He simply responded that he didn’t have any because his staff could easily recognize him.

It gave Lambert the million-dollar idea about creating a show where CEOs can really learn about the true nature of their workers, especially those who work in the customer service department.

Most show participants have said that the interaction between the worker and the employer is the real deal. High-level executives don’t even have the authority to choose the department and the employee they’d be working with.

They are, however, free to choose their disguises.

From wigs to clothes, everything is handpicked by the person who’ll have to wear them. The key focus is to pick an outfit that doesn’t look fake and makes it easier for them to blend in.

Some CEOs go all out and pick the most outrageous attires, while others try to keep it low-key. Even those who pick the weirdest wigs only do that so no one could have a hunch about them being a member of the board.

Experience Of A CEO

Todd Pedersen, who is the CEO of Vivint, talked about his experience and called it eye-opening.

It allowed him to learn more about the people who actually represent his company in front of the people. There is a high chance that a customer remembers the attitude of a cashier over any of their high-performing PR campaigns.

Sometimes, the show’s binge-worthy interactions are quite emotional, making the high-ranking executive realize that the employees working under them also need attention.

Other times, things don’t go as planned, and front-line employees have unknowingly shown their worst attitude to those who sign their paycheques.

Just like senior executives, entry-level employees are mostly kept in the dark about everything.

The only thing they are asked is their background story and any pivotal moment in their life. They aren’t asked anything about the job and their employer as it could make them suspicious.

In the past, the best result of their authentic interaction has been an instant promotion or a bonus.

On the flip side, bad things happened with the Boston Market and Retro Fitness employees who got sacked for showing utter disrespect and using foul language.

So if you notice any new workers in terrible disguises and a camera crew around you, try to be nice as they might be filming Undercover Boss.

The show has been getting great ratings since it first aired in 2010.

According to the show’s creator, Superbowl helped kickstart the successful show as it started airing right after it.

The debut episode “Waste Management” got around 38.6 million views, and since then, the show’s average audience has been nearly 17 million viewers.

Unlike other reality shows, this one even became critically acclaimed when it won the Emmy award.

Recently, CBS’s award-winning series has been getting a lot of pushback, accusing the show of promoting blatant propaganda and capitalist ideology.

The criticism revolves around how employers only focus on solving the financial problems of one person instead of discussing wage increases for everyone during board meetings.

This comes across as shameless endorsement and not the systemic improvement that the people want to see.

A decade ago, the show’s concept was unique, and it was believable that people sometimes don’t know anything about their CEOs.

However, since then, the digital landscape has changed a lot, and now everyone can search anything about their boss, especially on a professional platform like Linkedin.

The American version of the show has seen huge success, but it is actually just an adaptation of a British original.

According to statistics, millions of people have watched at least either version of Undercover Boss.

The camera crew and a new worker in ridiculous disguise being extra chatty are the biggest giveaways about the show’s filming.

This is even more true for celebrity episodes as there is no way that employees get fooled by it all.

The audience also thinks that it isn’t just the makers of the show who are being manipulative. Even workers are using this show by acting nicely in front of the man in the clumsy disguise.

This way, they’ll easily get promoted and won’t have to wait like everyone else.