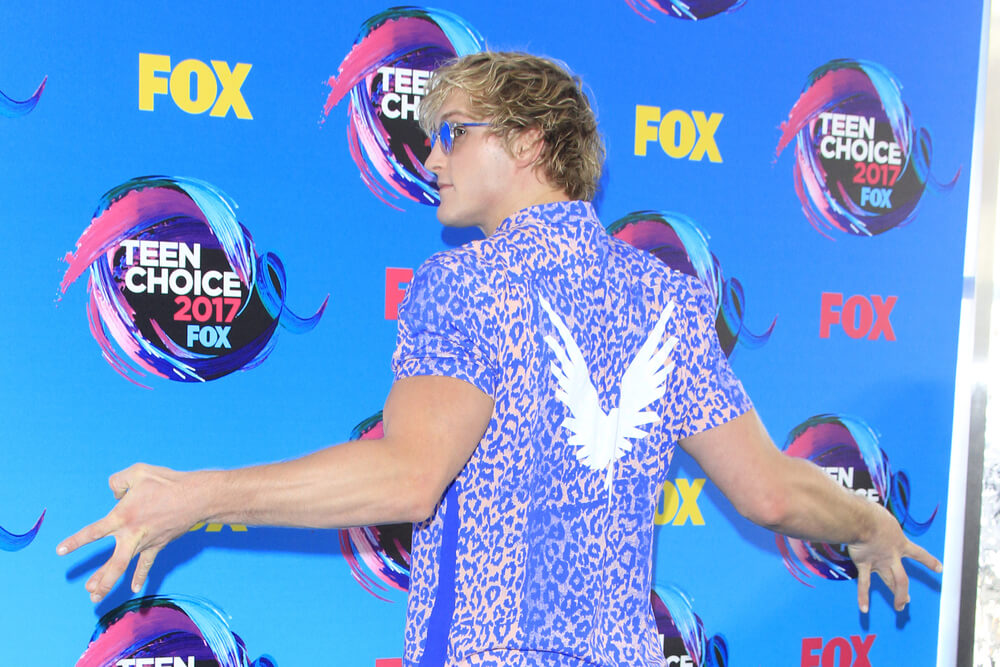 Logan Paul has demonstrated how much money you can earn as a social media influencer in just a few years. The multi-millionaire first made a name for himself with his short slapstick videos, which he published on Vine’s now-defunct platform. Logan often performed surprising splits and other tricks on camera, with the clips lasting only 6 seconds. Only later did the actor of today make his way to TV and appeared in several TV movies, such as a guest on “Law & Order: Special Victims Unit.”

The estimated fortune of Logan Paul is 20 Million USD.

In cooperation with YouTube, the US American has already managed to land some of his leading roles. For example, in the YouTube Red series “Foursome” or the YouTube Red film “The Thinning,.” In 2018, the young American had the opportunity to play in another film written by a friend. The movie “Airplane Mode” also contributed to the popularity of Logan Paul.

Today, the influencer operates two channels on YouTube – a primary channel and a Vlog channel. Paul Vlogs has more than 3x as many subscribers as his main channel with a good 18 million.

In total, the star’s videos have been viewed billions of times.

Logan Paul has proven in the past that he is willing to push the envelope to advance his career. He even went as far as injuring one of his testicles while performing a stunt!

Of course, that income is before taxes. This puts him not far behind Pewdiepie in terms of YouTube earnings. Interestingly, Jake Paul, Logan’s little brother, also YouTuber, earns even more money than his big brother. Jake Paul earned a proud $21,500,000 during the same period.

The eventful life of Logan Paul

His die-hard fans should know that his eyes affected by red-green blindness. After all, there was already a video of Logan Paul wearing corrective glasses, showing him filming his, albeit exaggerated, reaction to his new color perception. By the way, the American does not have a university degree. Although he enrolled at Ohio University, he had already started his YouTube channel before college. Before he even graduated, Paul became so successful with YouTube that he turned it into a full-time career and walked away from campus.

What followed was an exciting and fun time, which Logan Paul obviously captured on video as Vlogger. He ended up moving to L.A., where he lived in an apartment complex with a bunch of other social media and vine stars.

At some point, though, the landlords were no longer interested in their notorious tennants, with the result that they were kicked out.

Paul moved in with his buddy Evan Eckenrode to an estate in Encino, also in California. In February 2018, Paul revealed that he lived there with about 20 other people.

His tumultuous years were not over by a long shot.

His behavior has already caused the American to have problems on YouTube.

In February 2018, Paul was no longer permitted to add advertising to his videos, with the result that he lost income of around one million US dollars per month, due to his support for the infamous Detergent Eating Challenge. This came after he electroshocked two dead rats. It is precisely these shocking actions that made the American famous. YouTube only temporarily took action against the star, who is now earning millions again with his videos.

Logan Paul does not shy away from criticism

That Logan Paul is doesn’t live a life without controversy should be clear by now.

In December 2017, he was particularly sharply criticized. He had published a video in which he and other YouTubers visited the so-called suicide forest.

The friends had set themselves the goal of staying in this forest for 24 hours as part of a challenge. In the process, they came across a corpse and did not shy away from filming it and showing it on the web.

Even though they had made the person unrecognizable beforehand, there was backlash. Despite the 6 million YouTube views the clip received, Logan Paul decided to delete the video. On Twitter, the YouTuber later apologized officially for the mistake.

His apology was addressed at his fans and to the bereaved of the dead man. Following this action, the social media star decided to take a little time off.

Simultaneously, a public debate ensued about how various contents should be moderated more strongly on social networks. This, however, should not prevent Logan Paul from coming up with more shocking actions in the future while earning a fortune in the process.