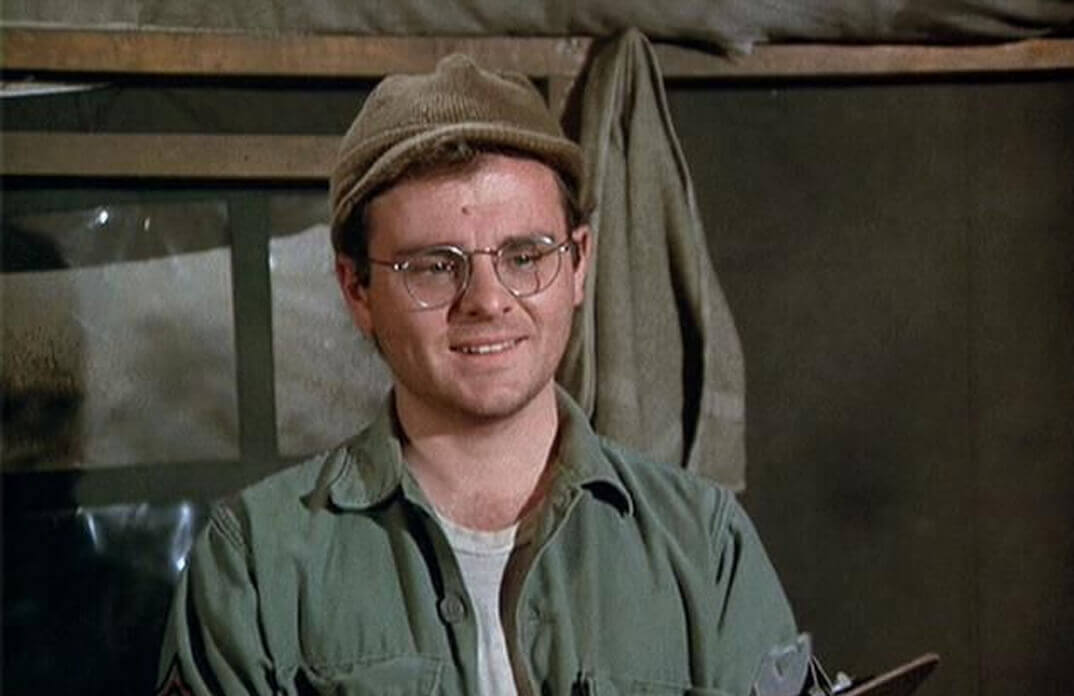 Successful television shows often suffer the same fate, which is their famous characters leaving to explore more opportunities. It is a well-known fact that actors get bored after playing the same character for years and then they want to prove their mettle by doing versatile roles.

The most famous example of this has to be Jennifer Anniston. Rachel Green made her a global sensation. Still, after a few years, the brilliant actor was bombarded with such opportunities that made F.R.I.E.N.D.S. look monotonous to her.

F.R.I.E.N.D.S. creators were fortunate that they got to wrap the series with all the original cast members, but some show-runners aren’t that lucky. Most of them have to improvise plotlines that would justify the character’s exit, and one such show that had to say goodbye to a lot of its characters was MASH.

MASH is one of the highest-rated TV Show ever. The plot revolved around the day-to-day life of the staff that worked in an army hospital in South Korea. Against the backdrop of the Vietnam war, where everything looked bleak, these characters found one way or another to power through bad days. 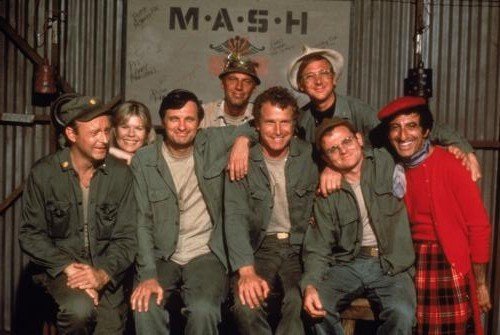 The series was based on a novel “MASH: A Novel About Three Army Doctors,” written in 1968. It can truly be categorized as a dark comedy, which was considered very unique in that era. Due to its solid writing, it was popular among critics as well as fans. Each episode of the show had a strong plotline. None of them were ever written just as fillers.

It had all the elements of a C.B.S. sitcom that ranged from comedy to drama. The banter between the main characters of 4077th was truly classic. Colonel Potter, Hawkeye, Trapper John, Margaret Houlihan, Radar, and B.J. Hunnicutt, all of this team of 4077th, is truly iconic to this day.

For eleven years, the show entertained millions in the United States and around the world. Its finale was the most-watched finale up until that time.

Initially, the show had everything going in its favor, they really got everything right with the writing and the casting, but then soon, the actors started exiting from the show.

The audience had the most difficult time saying goodbye to a character, in particular, that was of Radar O’Reilly. It was excellently portrayed by the award-winning actor Gary Burghoff.

Every popular show has that one irreplaceable character that often becomes the heart of it. For MASH’s fans, that fictional character was Radar. The concept of the series was quite unsettling and gory, but Radar’s character brought that childlike simplicity into the cynical atmosphere of 4077th.

Although the creator never got too graphic or showed too much violence, the theme never lets viewers forget what it was actually all about.

Radar always had the ambition to join the army. Initially, he wanted to join Marine Corps but couldn’t due to his poor eyesight. Then he got into Signal Corps and eventually got drafted to 4077th MASH. 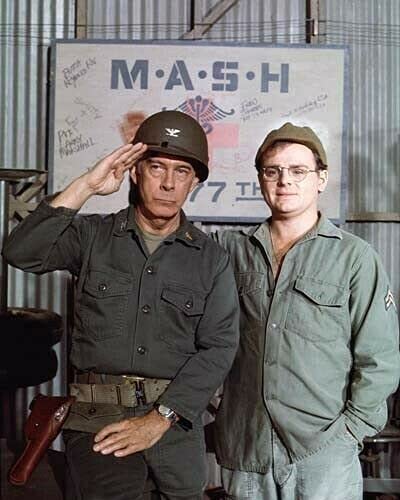 Colonel Blake trusted Riley, and it was because of his habit of being present in front of him before Blake asking for him got him that nickname “Radar.”

Also, because his hearing abilities were off the charts, which was also made obvious in the opening credits, he was the first one to hear the sound of helicopters arriving.

He was the textbook naïve character. The brilliant actor carefully played him in a way that didn’t make him come across as dim-witted or anything like that.

It was a conscious effort on his part because the guy was a capable clerk, so he couldn’t have been dumb. But he was too trusting and innocent due to his young age.

In the first season, Radar’s age was nineteen, but more often than not, he acted even younger, especially by having a teddy bear with him as a safety blanket.

Since the show had many characters who knew exactly what they were doing, the creators made Riley the exception. He was just a boy from the farm who was then supposed to work with highly skilled intimidating doctors from the United States.

Initially, he couldn’t find his footing, and his foolish antics were great for comic relief, but then with the right mentorship, he truly became the best man for the job.

From the guy who kept asking hundreds of questions to everyone about his job, Radar then became the guy who knew what anyone needed before they even asked for it.

Riley lost his father when he was very young, so he found Blake to be more than just his boss. To him, he was a father figure. One of the most emotional scenes in the entire series was when Radar got to know about Henry Blake’s death.

Radar shared more or less the same rapport with his second boss Colonel Potter. He also became a significant mentor to him.

Although Radar was an innocent character over the course of the show, it had the most potential to show a different range of emotions. At first, he idolized everyone around him, especially Hawkeye, but then his innocence started wearing off, and he realized all of them had some drawbacks too.

After season five, his character was more of an equal in terms of the treatment he received.

After the first three seasons, Radar’s character was more recurring than regular on the show. It was reported that he had been feeling stressed out due to long hours and wanted less screen time to focus more on his health.

After season 5, he asked for some changes in his contract and agreed to do thirteen episodes instead of twenty-four.

Even after negotiating fewer working hours, he was feeling exhausted and wanted to quit once and for all. Gary Burghoff’s costar Mike Farell did his best to stop him. He even told him his career would be over if he left, but he stood his ground. Initially, the makers had decided to let him go in the last episode of season 7, but C.B.S. wanted more of a grand exit.

The character he portrayed was extremely popular, so they ordered the makers to do a 2-part farewell show in season 8.

In his goodbye special, Radar got the sad news of his uncle Ed’s passing, who was handling the farm after he left. Upon hearing of his passing, Riley realized that his mother and the farm needed him.

When he saw Klinger replaced him and couldn’t do his duty properly, Radar canceled his plan of going back. He tried to stay back as he knew he was an important person who helped everything run smoothly.

His unit tried to convince him otherwise, but he was adamant about his decision to stay back. What eventually made his mind was Klinger figuring out how to work the generator from I-Corps Supply.

He saw and realized that just like him, Klinger needed some time to figure it all out. He finally realized that 4077th didn’t need him as much as he thought.

Riley’s exit was confirmed when he left his Teddy Bear behind. This was a significant gesture that was used as a sign of him outgrowing his childish ways.

Even after Radar’s departure, the show kept mentioning him giving his fans some sort of update on the life of the much-loved irreplaceable character.

In the first episode after his exit, he was mentioned by B.J. He saw Radar at the airport where his daughter accidentally called Radar Daddy. It was her first time saying it, and B.J. hated how Radar was the one to who she said it.

In another episode, The Foresight Saga, Potter got a letter from Riley telling him that now he is supremely successful. Later it is revealed that Riley lied, and he was going through a terrible financial crisis.

He was even working odd jobs to support his family besides working on the farm. He did his best to hide it from the old gang, but they eventually figured it out and found a way to help him out.

Gary Burghoff didn’t leave the show due to one particular reason. He was unhappy for a long time before he finally decided to quit for good. His contract negotiations for fewer appearances were proof of this.

One major reason the audience was shocked to learn was that Gary didn’t feel appreciated enough when he was on the show.

The talented actor felt he portrayed an important character who needed equal attention like Hawkeye and B.J. were getting.

He also had the same issue when it came to the pay gap. Although his character was popular among the masses, he felt it wasn’t opening any doors for him. Around the same time, his family life was also in shambles.

Gary was having trouble with his wife at home, and he was visibly more exhausted on the sets. He even developed a sleeping disorder which is why he was often late to report onset.

Burt Metcalfe  said in an interview:

“I’m only mentioning that…because he wasn’t as happy in the show as other people were, and he was really anxious to move on and play something different.”

While these factors contributed to his leaving, one incident, in particular, made the decision easy for him.

Everyone knew his married life was in trouble, but then he woke up to the news of a forest fire getting out of control near his home.

While he was away shooting, his wife Janet Gayle and daughter Gena Gale Burghoff were in grave danger. The fire even got close to the front door, and that’s when the fireman thankfully got it under control.

It was such a close call that made Gary Burghoff change his perspective about everything. He felt so helpless at that time and finally took the decision to spend more time with his family.

His colleague Jamie Farr warned him that Gary’s family truly came first and decided to bid goodbye to Radar.

After MASH, the award-winning actor didn’t do much, and to this day, Radar remains his most celebrated performance.