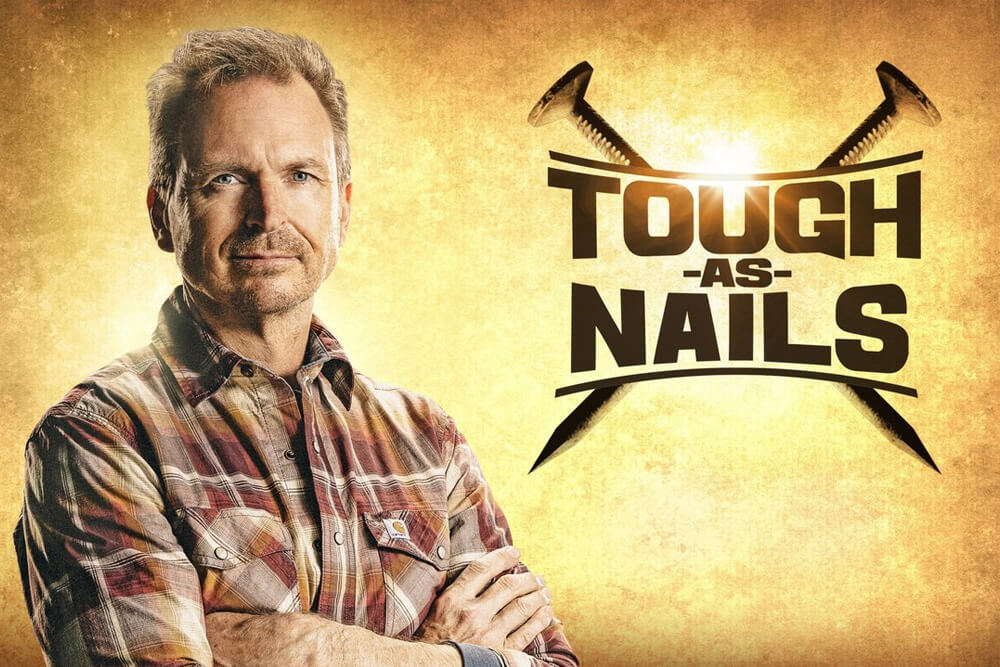 In 2020 CBS premiered its one-of-a-kind reality show called “Tough As Nails.” The series was a breath of fresh air for viewers who were tired of watching painfully scripted reality television.

Phil Keoghan’s “Tough As Nails” is an ode to the blue-collar workers of America. The show’s premise revolves around 12 contestants who would ace various sweat-inducing challenges at real-world job locations. From the truth about blue-collar jobs to thoughtful conversations, the series offers many great moments.

Phil’s Pitch To The Channel

After meeting many essential workers, the casting process was done when he narrowed it down to his final 12. This reality series is truly a Keoghan’s family affair, as the executive producers are him and his wife, Louise Keoghan.

There is never a dull moment in “Tough As Nails”. At each stage of the competition, the contestants’ physical and mental toughness is tested. When the process of elimination begins, that’s where the biggest twist lies.

Nobody gets out of the show. The contestants just stop playing the individual competition, and they then play in team challenges.

That way, every member keeps earning additional prizes till the end. In this show, the contestants have no choice but to get their hands dirty. This is how the showrunners pay homage to the hardworking people who earn the right way.

The first season of the highly-anticipated competition series was filmed in the city of angels, Los Angeles.

The filming began in late January 2020, and it was wrapped within a month. L.A. is famous for being the center of all the glitz and glamour, but the architectural side is also just as impressive.

Most of the shooting was done on real job sites, which added to the show’s authenticity.

The second season of the competition reality show was also shot in Southern California’s scenic locations. It was mostly around the Los Angeles Long Beach port area.

The Banc Of California Stadium was also one of the prime locations used in the second season. This was where contestants competed in soccer-related activities.

The third season of the franchise began at a rather unique location, Marine Corps Base Camp Pendleton. It is in San Diego county.

Fans were expecting to see the usual L.A., but the surprise reveal cleared their doubts about the choice of location.

The viewers’ confusion was cleared when they saw season 1’s winner, Kelly “Murph” Murphy supervising the military-style activities. He was a Marine veteran and perfectly fitted the job of leading the participants to give their best shot.