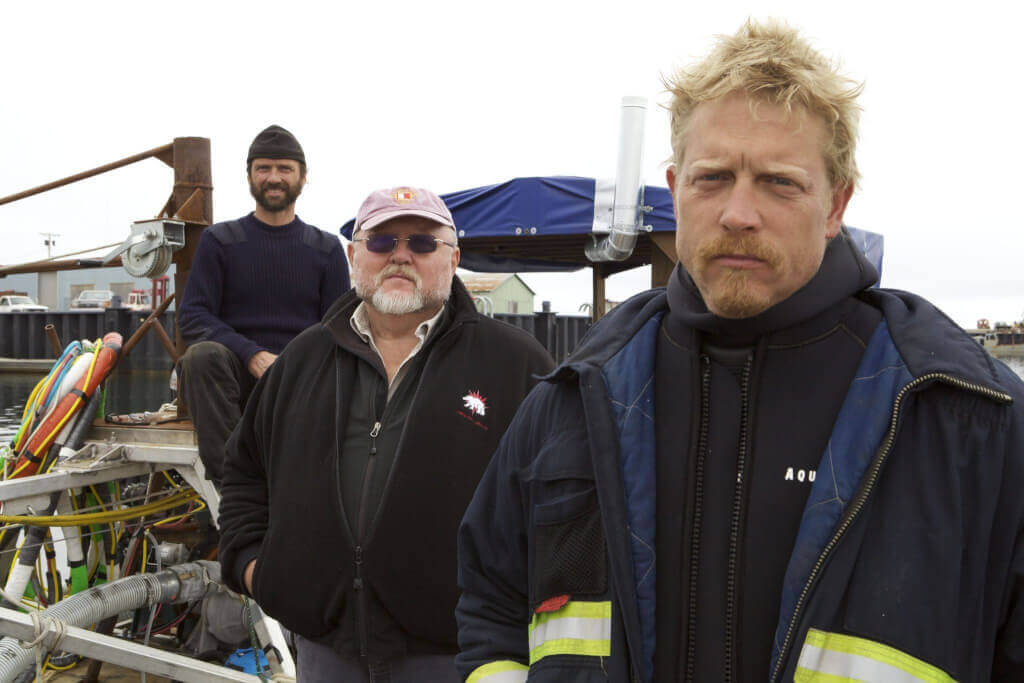 Bering Sea Gold is a reality show dedicated to showing viewers what it takes to make a living in exacting conditions. It follows ambitious and bold miners’ lives as they rush to Alaska to explore and possibly harvest the precious metal. Often, the gold sits in strange and unexpected locations in the erratic and icy Bering Sea.

The cast members are always more than willing to risk their lives to acquire gold. The hunt is like no other. On one side, the danger is always lurking around, but on the other side, the reward is massive. If you manage to find the metal, you are a rich man or woman.

During the first season of Bering Gold Sea, a total of four boats were featured. By season 4, the number had gone up by 2. The cameras follow each of the six dredges (boats), profiling the captains’ daily activities and generally the tasks involved in mining gold in sea.

One of the most notable cast members from the reality show is Scott Meisterheim. Fans remember him as the villain in the show. He seemed to always be in a bad mood. The network portrayed him as a bad-tempered miner who was always picking fights with the rest of the crew. Could this be the reason the star was let go from Bering Sea Gold?

Back to the Beginning

Born on 8th July 1967, Scott Meisterheim is an Alaskan native. He was born in the tundra and was raised there. Before mining gold in the Bering Sea, the star was in the oil industry. He’s also been a construction worker at some point in his life. Not much is known about his life growing up.

Scott is genuinely talented when it comes to gold mining. So, when the show producers were looking for worthy people to be part of the cast, Scott’s name came up. He was the first person on the list and immediately assigned to the “Wild Ranger”, where he captained it in season one.

However, by the show’s second season, the captain had been promoted to anchor management. Together with his good buddy, Todd Allen, Scott captained the ship. Unfortunately for Scott, Todd left Bering Gold Sea in the middle of season 2. Todd claimed that Scott’s drinking problem led to his departure.

After Todd left Bering Sea Gold, Scott was never the same again. He couldn’t agree with the producers on several things. When working, he would pick fights with other cast members. During one of the reunions, the star got into a fistfight with another captain, Vern Adkinson.

The fight was like one of those reunion scenes from the Real Housewives of Atlanta. Because of the constant confrontations and fighting, Scott left the producers no other option but to fire him. His drinking habit also added to the decision. Rumor has it that the captain sometimes showed up to work drunk.

Meisterheim, 53, is no stranger to arrests, court appearances, police warnings, and all that. In 2015, he was charged for failing to support his child. Back then, his ex-wife had reported him to the authorities for having child support arrears totaling $21,000.

An investigator got in touch with him, and he promised to make two huge payments by the end of the next month. As you might have guessed, he didn’t keep his promise.

According to Scott, he had been on top of the payments until he lost his Bering Sea Gold job. He took a loan and paid up $10,000 of the arrears, but his warrant of arrest was still active. This is what he had to say,

“The last year and a half have been a nightmare. I have never refused to pay child support. I have tried to make the payments. Currently, the monthly figure stands at $900, and I just can’t afford it. I do not intend to abscond from my responsibilities. I have been unable to pay up in the last one and a half years.”

He went on to say that an opportunity had come up in Alaska and that he was going to take it. No reports are showing whether the star is still paying child support or not. If only he committed to being responsible, his talent and skill in gold mining would precede his tainted name.

Hopefully, now you know why Scott Masterheim is no longer on Bering Gold Sea. His hot temper is majorly to blame for his exit. When you are always at loggerheads with your mates and bosses, you may not last for too long. His drinking habits made the situation even worse. All the same, we sure hope he’s doing okay wherever he is.