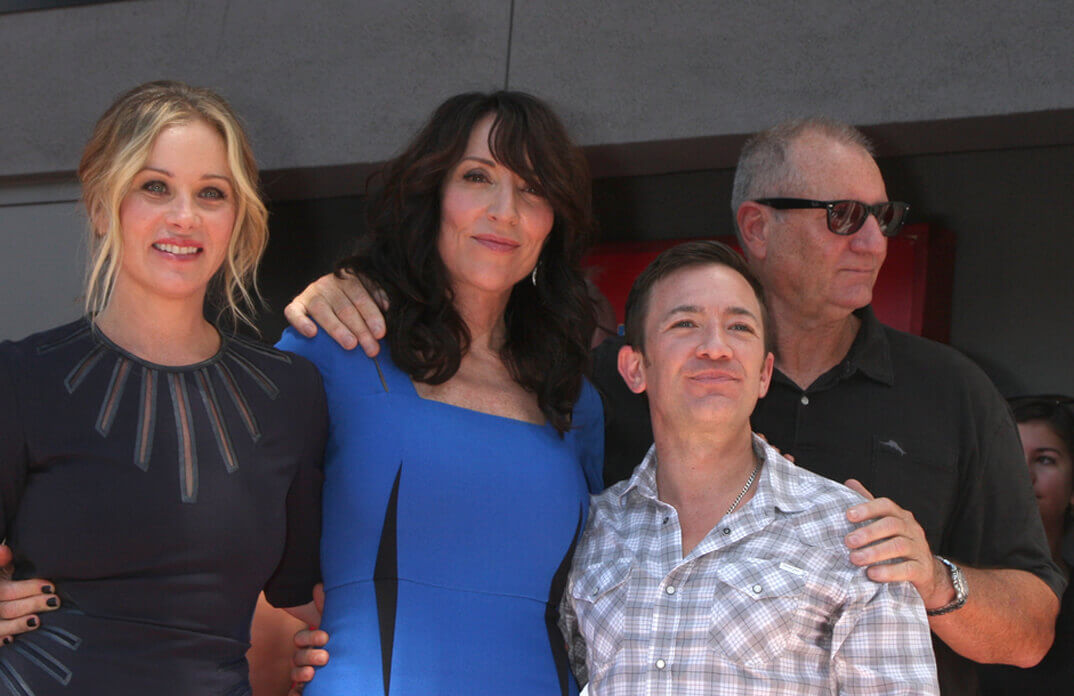 Married…with Children was one of a kind American Sitcom in the 80s. When television was all about series where families were shown as happy and extremely tight-knit, the Bundy bunch dared to show some reality.

The Bundy family was far from your regular, diplomatic, and goofily funny characters. They were crass, self-centered, and a bit nuts. The shortcomings Al, Kelly, Peggy, and Bud Bundy showed were a breath of fresh air for many who were sick of seeing perfect parents and their goody-two-shoes children.

A classic Bundy episode was all about the chaos within the house.

Peggy Bundy-A Not So Suburban Mommy

When it aired, one character who got the most praise and criticism was Peggy Bundy. She was the mother of the den but far from being the mother hen of her children.

It was the first time in American television history that the mother was being shown as less than an ideal homemaker. It was played by Katey Sagal, daughter of the great actor Boris Sagal. Peggy was an extremely complex character, so much so that many people don’t even believe it stayed on for that long.

Remember the show started in the 80s when a petition signed by a handful of parents would have been enough to pull the plug on the series. This showed women really somehow related to Katey Sagal’s on-screen character.

Maybe she served as an inspiration for them to create their own double life—no wonder she got nominated four times for Golden Globe Awards for her excellent portrayal.

After numerous viewings of Married…With Children, fans found one particular storyline to be extremely bizarre until they learned the truth.

In season 6’s premiere episode, Bundy’s couple friends Marcy and Jefferson told them they were pregnant.

After hearing this, Al laughed hysterically and told Jefferson that his life was over now.

Soon after Al’s wife told him that she was pregnant, he seemed less than pleased.

Over the next ten episodes, viewers saw Al trying to wrap his head around the fact that there will be a new baby in the house.

He is worried about the financial aspect as he is just a salesman at a shoe shop. Al is imagining a giant baby that was making everyone freak out.

But then his children tried to knock some sense into him, and he started reacting better to this shocking news.

However, in the eleventh episode, it is revealed to the audience that Al just imagined everything in his dream.

This came as a shock to many viewers who were quite invested in this storyline, but later they realized the tragic reason behind the entire plot being changed.

When Peggy’s pregnancy was announced, the actress Katey Sagal was pregnant in real life, the early plan was to keep the story going as she will go farther in her pregnancy, but sadly, after eight months, Katey lost her child.

She gave birth to a stillborn daughter which she named Ruby. Unlike the Bundy family, the director Gerry Cohen handled the situation sensitively.

The team didn’t want to upset Sagal more by giving her a child performer to shoot with, so they completely changed her story and made it all be Ed’s character dream.

This was extremely considerate since the show’s format was a comedy, and even the fans wouldn’t have felt right knowing Sagal was suffering so much while they were all laughing.

She opened about the tragedy on The View:

“This is what they say about stillbirth, that 60 percent of it is God’s will, and there’s no medical reason – and that’s what I was told. And I just couldn’t let go of the control of somehow that I had done something wrong.”

This revelation made fans see Katey in a much different light. They saw that Sagal just wasn’t the promiscuous and wild Peggy. She was just as human as the rest of them. Katey said for months she kept on feeling the existence of a child that was lost. Then one day, her Buddhist friend’s words made her see things in a different light. Her friend told her that “Sometimes we have these little souls that come in and out [of our lives,] and their mission is completed.”

Luckily Kate Sagal eventually became a mother of three beautiful children. She even had one after the show wrapped its 10th season. While she experienced something terrible during her time on the show, it felt good to see that showrunners of the biggest sitcoms aren’t always these money-hungry people completely oblivious to actors’ emotions.

Since Married With Children ended, Katie went on to have an exciting feature film career. She is also a singer, and until now, she has released two solo albums titled “Well..” and “Room.”