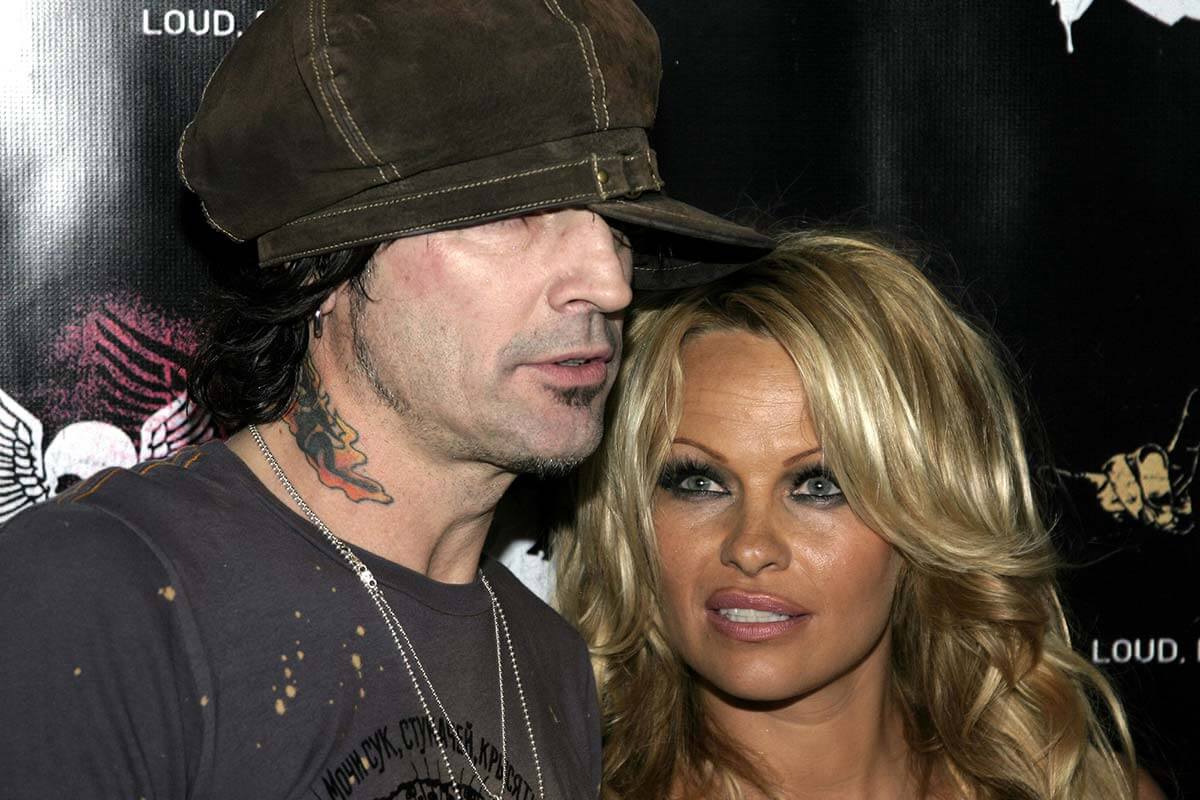 The much-publicized eight-part Hulu series, Pam & Tommy, has been celebrated and vilified in equal measure since its release on February 2, 2022.

The series is based on the real-life story of the 1990s celebrity couple Pamela Anderson and Tommy Lee. Not all of what we see on TV happened in reality, but many of the scenes on Pat and Tommy depict real-life events.

A big question fans have been wanting an answer to is this: Did Pamela Anderson have a miscarriage in real life, as is shown in episode four of Pam & Tommy?

The answer might surprise you. Read on to find out!

How True Is Pam and Tommy Episode 4?

Episodes one, two and three of Pam & Tommy on Hulu are light and fun. We are introduced to Pamela Anderson (Lily James) and Tommy Lee (Sebastian Stan) and their whirlwind courtship. In these first episodes, we see how poorly Tommy treated Rand, the electrician who would later steal the couple’s sex tape.

Things get quite heavy as we ease into episode 4 of the 8-part series, where we witness Pamela losing her pregnancy and falling into despair. This part of the series was particularly tragic and left fans wondering whether Pamela Anderson really endured the heartache of losing her child in real life.

The episode, titled ”The Master Beta,” shows Pam and Tommy at a doctor’s appointment where they are ecstatically listening to the baby’s heartbeat.

The couple goes on to announce the news of their pregnancy to friends and family. When Tommy steps away and heads to the safe to put away the ultrasound print-out, he realizes that someone has stolen the safe.

As the episode comes to an end, Pam and Tommy are in a frantic chase, trying to find the infamous sex tape to prevent it from spreading and even hiring a private investigator, Anthony Pellicano (Don Harvey).

During this time, the couple goes in for another doctor’s appointment when they find out that they have lost the pregnancy. They grieve intensely following this heartbreaking moment.

So, how real is this part of the series?

Unfortunately, what we witness in episode four actually happened in real life. Pamela Anderson did have a miscarriage.

But, according to Rolling Stone, there is a discrepancy in the timing of the miscarriage. In Pam & Tommy, when the two visit the doctor for the second appointment, you can see on the sonogram monitor that it is January 8, 1996.

In real life, the famous international model and her Mötley Crüe drummer husband lost their pregnancy in June 1995 and not January 1996, as depicted in the series. According to a Rolling Stone report, Pamela’s real-life miscarriage happened months before Rand stole and subsequently distributed the sex tape.

Pamela conceived twice despite the unfortunate loss, giving birth to two sons. The firstborn, Brandon Thomas Lee, was born in June 1996, and the second son Dylan Jagger Lee in December 1997. This means that Anderson conceived again shortly after the tape was stolen.

Pamela Anderson and Tommy Lee bumbed into each other at a nightclub and courted for just four days before getting married on February 19, 1995.

Tommy Lee talks about Pamela’s miscarriage in Dirt, the Mötley Crüe biography. In the book, he says, “When Pamela collapsed and lost our child due to a miscarriage(which my mother said is a Lee family curse), the paparazzi wanted photos so much that they kept stopping the ambulance on the way to the hospital.”

Tommy also talks about how he fell into a months-long depression after the miscarriage. To cheer him up, he says, Pat threw a big party for his 33rd birthday on October 3, 1995. In the series, we saw this party being thrown in January 1996, another incident that led fans to question the accuracy of the events in the supposedly ”true-story” series.

The show’s producers make it look like the miscarriage happened because of Pam’s stress over the stolen tape that held their most intimate moments. Why they chose to make this connection is odd at best, and fans continue to question the producers’ intentions.

By changing the timeline of Pamela’s miscarriage, the series almost dilutes the seriousness of the theft and the damage it caused to Anderson and Lee’s family. By falsely linking the miscarriage to the stolen sex tape detailing the couple’s most private moments, the show tries to make us more sympathetic to Anderson while overlooking the trauma of having a sex tape leaked, a Rolling Stone report laments.

Just for the record, Pamela Anderson did not approve of the Pam & Tommy series and said she would never, ever watch it even though the show is just for entertainment purposes.

Where Are Pamela Anderson’s Sons?

Tommy Lee and Pamela Anderson’s tumultuous relationship finally ended, with Pam citing spousal abuse, but at least they have two beautiful children as their legacy. Both Brandon and his younger brother Dylan are doing very well and making their momma proud.

Brandon Lee, born in the heyday of Beverly Hills, 90201, is a model, actor, and reality TV star, having been featured on The Hills: New Beginnings. Brandon also recently joined the cast of Daily News.

Dylan, on the other hand, is a runway model. Walking the Saint Laurent fashion show in 2016 saw his career really take off. He is a musician, following in his father’s footsteps, and has been part of bands such as Motel 7 and Midnight Kids.